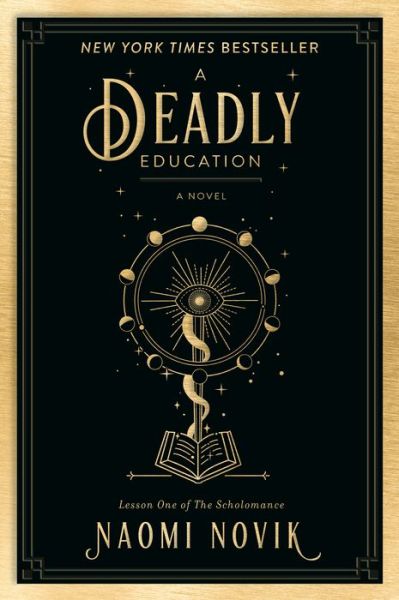 AFTER DINNER, I had to try and get someone to come with me to the workshop, so I could get some materials to patch up my door. It’s an extremely bad idea to leave your door unlocked at night, much less with a gaping hole in it. I tried to make it casual, “Does anyone need anything from the shop?” But no one was buying. After hearing my story, they could all guess that I needed to go down, and we’re all alive to the main chance in here. You don’t make it out unless you use every advantage you can get, and nobody likes me enough to do me favors without payment in advance.

“I could come,” Jack said, leaning forward and smiling at me with all his shiny white teeth.

I wouldn’t need anything to crawl out of a dark corner if he went with me. I looked him straight in the eye and said hard, “Oh really?”

He paused and had a moment of being wary, and then he shrugged. “Wait, sorry, just remembered I’ve got to finish my new divining rod,” he said cheerfully, but his eyes had narrowed. I hadn’t really wanted him to know that I knew about him. I’d have to make him pay me for my silence now, or else he’d think he had to come after me to shut me up, and he might bet on that anyway. Yet another thing Orion had now cocked up for me.

“What’s it worth to you?” Aadhya said. She’s the sharp and pragmatic sort; she’s one of the few people in here willing to make deals with me. One of the few people in here willing to talk to me at all, really. But she was also brutally hard-nosed about this sort of thing. I normally appreciated that she didn’t beat about the bush, but knowing I was hard up, she wasn’t going to put herself on the line for anything less than twice the going value of a trip down, and she also would certainly make sure I took all the significant risk. I scowled.

“I’ll go with you,” Orion said from the table next to ours, where the New York kids were sitting. He’d kept his head down all dinner even while everyone at our table talked loudly about how massively wonderful he was. I’d seen him do the same after his other notable rescues, and had never quite decided if he was making a pretense of modesty, was actually modest to the point of pathology, or was just so horribly awkward he had nothing to say to people complimenting him. He didn’t even lift his head now, just spoke out from under his shaggy overhang of hair, staring down at his cleared plate.

So that was nice. Obviously I wasn’t going to turn down free company to the shop, but it was going to look like more of the same, Orion protecting me. “Let’s go, then,” I said tightly, and got up at once. Here at school, you’re always better off going as soon as you’ve got a plan, if your plan is to do something unusual.

The Scholomance isn’t precisely a real place. There are perfectly real walls and floors and ceilings and pipes, all of which were made in the real world out of real iron and steel and copper and glass and so forth, and assembled according to elaborate blueprints that are on display all over the school, but if you tried to duplicate the building in the middle of London, I’m reasonably sure it wouldn’t even go up for long enough to fall over. It only works because it was built into the void. I’d explain what the void is, but I haven’t any idea. If you’ve ever wondered what it was like to live in the days when our cave-dwelling ancestors stared up at this black thing full of twinkly bits of light with no idea whatsoever what was up there and what it all meant, well, I imagine that it was similar to sitting in a Scholomance dorm room staring out at the pitch-black surroundings. I’m happy to be able to report that it’s not pleasant or comfortable at all.

But thanks to being almost completely inside the void, the school doesn’t have to fight boring old physics. That made it much easier for the artificers who built it to persuade it to work according to the way they wanted it to work. The blueprints are posted so that when we look at them, our belief reinforces the original construction, and so does all our trudging along the endless stairs and the endless corridors, expecting our classrooms to be where we last saw them and for water to come out of the faucets and for us all to continue breathing, even though if you asked an engineer to look at the plumbing and the ventilation, probably it’s not actually sufficient to handle the needs of several thousand kids.

Which is all very well and good and extremely clever of Sir Alfred et al., but the problem with living in a persuadable space is, it’s persuadable in all sorts of ways. When you end up on the stairs with six people rushing to the same classroom as you, it somehow takes you all half the time to cover the distance. But the creepy anxious feeling you get if you have to go down into a damp unlit basement full of cobwebs, where you become convinced there’s something horrible about to jump out at you, that works on it, too. The mals are more than happy to cooperate with that particular kind of belief. Anytime you do anything out of the routine, like for instance going to the shop alone after dinner when nobody else is down there if they can help it, the stairs or the corridor might end up taking you somewhere that doesn’t actually appear on the blueprints. And you really won’t want to meet whatever is waiting there for you.

So once you’ve decided that you’re going somewhere out of the ordinary, you’re better off going as fast as you can, before you or anyone else can think about it too much. I headed straight for the nearest landing, and waited until Orion and I were far enough down the stairs that nobody else was in earshot before snapping at him. “What part of leave me alone didn’t you understand?”

He’d been walking along next to me with his hands shoved in his pockets, slouched: he jerked his head up. “But—you just said, let’s go—”

“I should’ve told you off in front of everyone, then, after they’ve all decided you saved my life?”

He actually stopped right there in the middle of the staircase and started saying, “Should I…” We were between floors with no landing visible, and the nearest light that wasn’t completely burnt out was a sputtering gaslight twenty steps back, so our shadows darkened the stairs below us. Pausing for as much as a millisecond was a grand invitation for something to go wrong up ahead.

I’d kept going, because I wasn’t an idiot, so I was two steps down before I realized he hadn’t. I had to stretch out and grab him by the wrist and tug him onwards. “Not now. What is it with you, are you actively trying to meet new and exciting mals?” He went really red and fell back in with me, staring at the floor even harder, as if I’d scored an actual hit, no matter how stupid that was. “The ones that come your way in the ordinary course of things aren’t enough?”

“They don’t,” he said shortly.

“They don’t come my way! They never have.”

“What, you just don’t get attacked?” I said, outraged. He shrugged a shoulder. “Where’d that soul-eater come from, then?”

“Huh? I’d just come out of the bathroom. I saw the tail end of it going under your door.”

So he had actually come to my rescue. That was even worse. I stewed over his revelation as we kept going. Of course, it made some sense: if you were a monster, why would you attack the blinding hero who could blast you to pieces without half trying? What didn’t make sense was his side of it. “So you reckon you might as well make a name for yourself, saving the rest of us?” He shrugged again, not looking up, so that wasn’t it. “Do you just like fighting mals or something?” I prodded, and he flushed up again. “You’re unbelievably odd.”

“Don’t you like practicing your affinity?” he said, defensive.

“My affinity is laying waste to multitudes, so I haven’t had much opportunity to try the experience,” I said.

He snorted, as though I were joking. I didn’t try to persuade him. It’s easy to claim to be a massively powerful dark sorceress; no one’s going to believe me until I prove it, preferably with hard evidence. “Where do you get all the power, anyway?” I asked him instead. I’d often wondered. An affinity makes certain spells considerably easier to cast, but it doesn’t make them free.

“From them. From the mals, I mean. I kill one, then I save that power to fire off the next spell. Or if I’m low, I borrow some from Magnus or Chloe or David…”

I ground my teeth. “I get the idea.” He was naming off all the other students from the New York enclave. Of course they did power-sharing, and of course they had their own power sink to boot, like my crystals, except some enormous one that every student from New York had been feeding into for the last century. He literally had a battery to pull on for his heroics, and if he could pull mana from killing maleficaria—how?—he probably didn’t even need it.

We reached the landing for the shop level then. The senior hall was still further below, and there was a faint glow of light coming up the stairs from there. But the archway opening onto the classroom corridor itself was pitch black; the lights had gone out. I stared at the open maw of it grimly as we came down the last steps: that was what his moment of hesitation had netted us. And if mals never went for him, that meant whatever was lurking around down there was going to go for me.

“You’d better believe you’re going to take the lead. And you’re holding the light, too.”