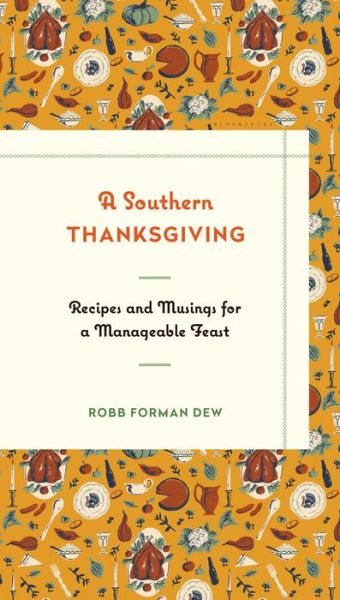 I have found that planning to serve Thanksgiving dinner about four o’clock or later makes the day much more relaxed for the cook. It is really more pleasant for the guests, too, because it is oddly depressing to be finished with Thanksgiving dinner at two in the afternoon. You want to take a nap, but, of course, you can’t if you have small children or guests who aren’t sleepy. It’s too early to go to a movie or even watch a video. In fact, it’s rather like having jet lag. I certainly wouldn’t plan to serve the meal any earlier than three, and preferably five. If you have to get up at the crack of dawn in order to have the meal ready at midday, you’ll feel disgruntled and grudging the next day. But if the meal is to be ready between three and four, the turkey doesn’t have to go in the oven until eleven, or not until noon if you plan to serve dinner between five and six.

My favorite part of the work of Thanksgiving is setting and decorating the table, which I do the night before. My own decorations have grown more elaborate over the years as the preparation of the meal has become familiar and routine, but a centerpiece of no more than a shallow bowl or basket of apples flanked by candles is handsome, appropriate, and recyclable. I’ve sometimes filled a basket with assorted orange and yellow gourds, but I’ve noticed that their traditionally autumnal colors rarely complement anyone’s china or table linens, and, besides, after Thanksgiving I forget to look at them again until one day I discover that they have become moldy. After Thanksgiving dinner I remove the apples from the dining room to the kitchen table where they get eaten.

Perhaps this goes without saying, although in my case I wish someone had told me and my husband, but you should clean your house no later than the Tuesday before Thanksgiving. Similarly, if you are going to use sterling-silver flatware that you seldom use otherwise, be sure and polish it at least a month before Thanksgiving, or you will be in despair when you get it out to set the table. The same goes for unironed placemats, napkins, or tablecloths.

After the turkey is done it is supposed to rest for thirty minutes at least; it can certainly rest longer. The only way to get through Thanksgiving if you are serving more than six people and have only one oven, or even a double oven, is to resign yourself to the fact that it is not possible to serve the turkey while it is still piping hot, and it is just foolish to carve the turkey after the guests are seated. All the other food will get cold. The turkey will be warm enough and will be even better for having sat for at least a half hour to an hour so its juices will recede—or so you can rationalize.

When I’m serving twelve or more people I arrange the food on a sideboard or on the kitchen table and have the guests help themselves. Besides, the serving dishes for this meal have just come out of the oven and are far too hot to pass from hand to hand, family style, although you may want to pass the gravy. You will have enough gravy so that you can serve some at the table in a gravy boat and place another bowl on the sideboard with a ladle.

I have never had an ungracious or unforgiving guest at any meal I’ve served in my house, and especially on Thanksgiving. But last-minute disasters and disappointments drain me, and then I don’t have a good time, nor do I enjoy the meal. Perhaps you are not as compulsive as I, but in any case, I wish you a good dinner and a relaxed day.