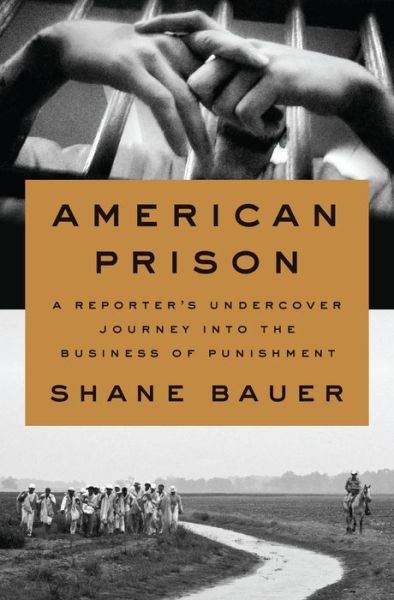 Two weeks after accepting the job, in November 2014, having grown a goatee, pulled the plugs from my earlobes, and bought a beat-up Dodge Ram pickup, I pull into Winnfield, a town of approximately forty-six hundred people three hours north of Baton Rouge. If you happened to drive through it, it’s the kind of place you’d only remember because some lonesome image stuck in your mind: a street of collapsed wooden houses, empty except for a tethered dog and a gaunt white woman carrying a laundry basket on her hip; the former Mexican restaurant that serves daiquiris in Styrofoam cups to drivers as they come home from work; a stack of local newspapers with headlines about a Civil War general; a black lady picking pennies up off of the pavement outside the gas station. About 38 percent of households here live below the poverty line; the median household income is $25,000. Residents are proud of the fact that three governors came from Winnfield before 1940, including agrarian populist Huey Long. They are less proud that the last sheriff was locked up for dealing meth.

Winn Correctional Center is thirteen miles from town, set in the middle of the Kisatchie National Forest, a more than six hundred thousand–acre expanse of southern yellow pines crosshatched with dirt roads. As I drive through the thick forest on December 1, 2014, the prison emerges from the fog—a dull expanse of bland cement buildings and corrugated metal sheds. One could mistake it for an oddly placed factory were it not so well branded. On the side of the road is the kind of large sign one finds in suburban business parks, displaying CCA’s corporate logo, with the negative space of the letter A shaped like the head of a screeching bald eagle.

At the entrance, a guard who looks about sixty, with a gun on her hip, asks me to turn off my truck, open the doors, and step out. A tall, stern-faced white man leads a German shepherd into the cab. My heart hammers. There is camera equipment lying on the seat. I tell the woman I am a new cadet, here to begin my four weeks of training. She directs me to a building just outside the prison fence.

Have a good one, baby, she says as I pull through the gate. I exhale.

I park and sit in my truck. In the front seat of a nearby car, a guard checks her makeup in her visor mirror. A family sits in a four-door sedan, probably waiting to visit a loved one, legs dangling idly out of open doors. In front of me two tall chain-link fences surround the prison, razor wire spooled out along the top. A cat walks slowly across a large, empty expanse of pavement inside. A metallic church steeple pokes above the buildings. The pine forest surrounds the compound, thick and tall.

I get out and walk across the lot, my mind focused on the guard towers, where I imagine officers are watching me. The prison’s HR director told me last week that Lane Blair, one of the company’s managing directors, had called to ask about me. She said it was very unusual that corporate would take an interest in a particular cadet. Since then, I have been certain that the company’s higher-ups know who I am. When I enter the classroom, no one is there. The longer I sit, the more I am convinced it is a trap. What will happen if they come for me?

Another cadet enters, sits next to me, and introduces himself. He’s nineteen years old, black, and just out of high school. His name is Reynolds.

You nervous? he asks.

Nah, I been around, he says. I seen killin’. My uncle killed three people. My brother been in jail and my cousin. I ain’t nervous. He says he just needs a job for a while until he begins college in a few months. He has a baby to feed. He also wants to put speakers in his new truck. They told him he could work on his days off, so he’ll probably come in every day. That will be a fat paycheck, he says. He puts his head down and falls asleep.

Four more students trickle in, and then the HR director. She scolds Reynolds for napping, and he perks up when she tells us that if we recruit a friend to work here, we’ll get five hundred bucks. She gives us a random assortment of other tips: Don’t eat the food given to inmates; don’t have sex with the inmates or you could be fined $10,000 or get sentenced to “ten years at hard labor”; try not to get sick, because we don’t get paid sick time. If we have friends or relatives incarcerated here, we need to report it. She hands out magnets to put on our fridges with a hotline to call in case we become suicidal or begin fighting with our families. We get three counseling sessions for free.

I studiously jot down notes as the HR director fires up a video of the company’s CEO, who tells us in a corporate-promotional tone what a great opportunity it is to be a corrections officer at CCA. He is our shining light, an example of a man who climbed all the way up the ladder. (In 2018 he makes $4 million a year, twenty times the salary of the director of the Federal Bureau of Prisons.) You may be brand-new to CCA, but we need you, he says. We need your enthusiasm. We need your bright ideas. During the academy, I felt camaraderie. I felt a little anxiety too. That is completely normal. The other thing I felt was tremendous excitement.

I look around the room. Not one person—not the high school graduate, not the former Walmart manager, not the nurse, not the single mom who came back after eleven years of McDonald’s and a stint in the military—betrays anything resembling excitement.

I don’t think this is for me, a post office worker says.

When the video stops, a thirtysomething black woman with long eyelashes and perfectly manicured fingernails stands in the front of the room. She tells us she is the head of training. Her name is Miss Blanchard. Do we know who was talking in the video? she asks.

What was his name? she asks.

She looks at me like I’m an elementary school student who wasn’t paying attention. Y’all are going to have to know this for the quiz at the end of the class.

Reynolds jolts his head up. There’s gonna be a quiz?

His name is Damon Hininger, she says. There are also three founders. There is Thomas Beasley and T. Don Hutto. They are still with us. Then there is Dr. Crants. She slips in another VHS tape.

In the video, Hutto and Beasley tell their company’s origin story. In 1983, they recount, they won “the first contract ever to design, build, finance, and operate a secure correctional facility in the world.” The Immigration and Naturalization Service gave them just ninety days to do it. Hutto is frail, with a shiny white head and oversize glasses, and he smiles slightly with his hands folded in front of him. When he speaks, he gives the impression of a warm-faced grandfather who likes to repeat the “lost my thumb” trick to children. He recalls the story of obtaining their first prison contract like an old man giving a blow-by-blow accounting of his winning high school touchdown. Rushed for time, he and Beasley convinced the owner of a motel in Houston to lease it to them, eventually hiring “all his family” as staff to seal the deal. They then quickly surrounded the motel with a twelve-foot fence topped with coiled barbed wire. They left up the Day Rates Available sign. “We opened the facility on Super Bowl Sunday the end of that January,” Hutto recalls. “So about ten o’clock that night we start receiving inmates. I actually took their pictures and fingerprinted them. Several other people walked them to their ‘rooms,’ if you will, and we got our first day’s pay for eighty-seven undocumented aliens.” Both men chuckle.

For Beasley, the notion of running a prison as a moneymaking enterprise was new and innovative. But for Hutto, I would discover, the idea of making money from prisoners was as old as the idea of forcing black men to pick cotton.