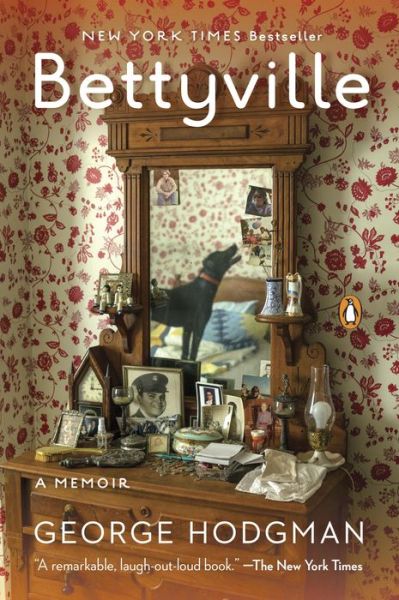 In Missouri in springtime, the rivers rise and the rolling fields stretching acres and acres, miles and miles, gradually go green as the farmers fret over the wet ground, wondering when it will be dry enough to disc and get the crops out. In the mornings, old women wander through wet grass, bending with dirty hands over jonquils or bursts of peonies, rising to inspect children walking to school or hang summer clothes to air in the breeze.

In April and May, torrents of rain come, lightning chars the tree trunks, and the branches fall, and the thunderclaps crash. Creeks and rivers flood the river bottoms and roads. Betty hit the gas and drove through the water, never acknowledging anything unusual.

More twisters touch down here than ever now. A few years back, the town of Joplin, a few hundred miles away, was nearly destroyed by a funnel cloud that gathered force as it made its way across the plains. Many people died. The world took note.

Betty had little to report. These things happen. That is life. One year, near Paris, a farmer was taken up in the winds. Betty did not register the event, just marched on. She is from determined stock.

According to a family story, my mother’s grandmother Anna Callison began a journey one spring morning at the age of eighty-five, departing from Union Station in St. Louis. She traveled alone by train halfway across the country, to Virginia, where as a girl during the Civil War she fetched a drink of water for Traveller, the horse of General Robert E. Lee. She headed back to catch a glimpse of Traveller’s bones, which had been recently excavated, to remember the morning when she saw the general, the war, the days when she was a girl. No one could stop her. Not Mammy, or Nona, or Uncle Oscar.

Spring is long gone now; it is August and the heat has been record breaking. No rain since June. Even the river bottom looks like desert and the corn in the fields is burning on the stalks.

On the television news at 6 p.m., I learn that members of the Missouri legislature, some of whom carry guns into sessions, are considering a bill to ban the imposition of sharia law. There is a controversy over a resolution forbidding teenagers access to tanning beds without parental permission. Betty scrutinizes the television.

“They are going to start arresting teenagers for illegal tanning,” I tell her.

“You’re not as funny as you think you are,” she replies. My humor makes her look as pained as she did at parties when my father, a tenor, and never bashful, belted out barroom ditties as the other husbands strained to mutter a word. I am irony. She is no nonsense. Our lives have been lived on different planes.

I like staying up all night, hunched over a manuscript, playing with the words and sentences. I like setting out for somewhere early in the morning when no one is stirring. When I scan my existence, I can recognize no recognizable pattern. At home in New York, I listen to music, read books, fish old photographs from trash cans on the street. I like the unconventional, the city and its stories, castoffs and characters of dubious reputation. My mother has sometimes lived her life for the neighbors. I have never been able to remember the neighbors’ names.