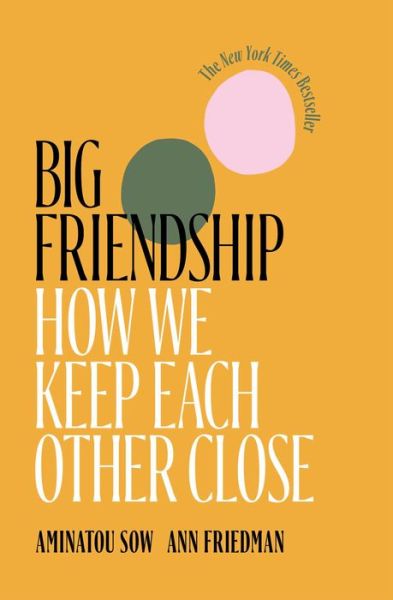 It took only a few months for us to grow extremely attached to each other. We have no idea if that was moving fast or an average timeline, because friendship is so rarely studied as an intimate bond. The research on close relationships is mostly based on parents and children or romantic couples.

In her dissertation on best friendships, communications professor Emily Langan studied whether attachment theory—a way of describing how children bond with their parents—might also apply to platonic intimate relationships. She received “massive pushback” from her colleagues, who argued that this kind of attachment exists only in families. Langan, however, says that close friendships have some characteristics that aren’t so different from stable families. First, friends who are attached have a desire to see a lot of each other and know what’s going on in each other’s lives. Second, the friends provide a secure base for each other—meaning the friendship allows them to go out and explore other friendships, romantic relationships, new jobs, anything that might feel scary but ultimately positive, because they can look over their shoulder and know their friend is there for them. And third, they offer each other a safe harbor. When things go wrong for one friend, the other loyally and dependably steps up to offer support.

We didn’t know a thing about attachment theory back when we met, but Langan’s dissertation could have been written about us. We were obviously seeing a lot of each other and were up- to-date on each other’s lives. But it’s the “secure base” aspect of Langan’s theory that rings especially true.

Even though we hadn’t signed a piece of paper committing to love and support each other, we felt a sureness about our bond and its future. We slid easily into the gaps in each other’s lives that were left by exes, absentee long-distance friends, and disconnected biological family members. We were determined to do better by each other.

At the time we met, Ann was living with the boyfriend she had met back in San Francisco and moved to DC for. She was not the type to air every little annoyance about her romantic relationship, but she had told Aminatou about the travails of cohabitation: her boyfriend’s tendency to polish off the contents of the fridge without shopping for replacements, the mismatch of his night-owl tendencies to her solid-eight-hours sleep schedule, their standoff about who was going to mop the grimy bathroom floor and scrub the soap scum off the tub. Somehow, when she talked to Aminatou about this, it seemed less like routine complaining and more like an important discussion about living her feminist values. The friendship was secure enough that she could share her grievances without worrying that Aminatou would get weird around her boyfriend or judge her for staying with him.

But it was more than that. Aminatou had created a new secure base in Ann’s life. All those hours Ann had spent sharing her hopes and fears with Aminatou had given her a new perspective on what emotional intimacy really felt like—and Ann recognized it was missing with her boyfriend. Her friendships gave her a feeling of security that allowed her to contemplate leaving this long-term romantic relationship.

And so, when Ann finally decided it was time to end things, a few of her older, long-distance friends were shocked. But Aminatou, who knew every dirty detail of the bathroom standoff, wasn’t surprised at all. She also understood the deeper reasons Ann was unhappy. The truth was Ann had spent most of her 20s in romantic relationships that had shaped her in ways she wasn’t always thrilled about. She longed to live alone. More than anything, she wanted to see who she was, and how she’d change, if she was single and not defined in relation to a boyfriend.

Aminatou was already a secure base, but she soon became a safe harbor. When Ann finally asked her boyfriend to move out—which kicked off a messy, drawn-out process involving several tearful relationship discussions in public places—Aminatou was her rock. She spent hours listening to Ann recount every emotional twist and turn and helped Ann through her guilt about being the instigator of the split. Aminatou wasn’t just a friend who was lending a sympathetic ear. Ann was certain that Aminatou was right there with her in every moment, empathizing with her heartache. She could leave her boyfriend without worrying that she’d be lonely or unsupported.

But Aminatou also never told a lie. When Ann pulled the classic white-girl move of cutting her bangs too short in the wake of the breakup, Aminatou did not sugarcoat things. Within moments of witnessing Ann’s unfortunate new rockabilly look, she simply said, “Well, I guess we’re not wearing polka dots until this grows out.” It was a deft way of affirming that she was in Ann’s corner (the “we”) and also not lying to her about the impulsive haircut. A few weeks later, when Ann made plans to do the unthinkable and get a drink with her ex to discuss the state of the breakup, Aminatou was there for her again.