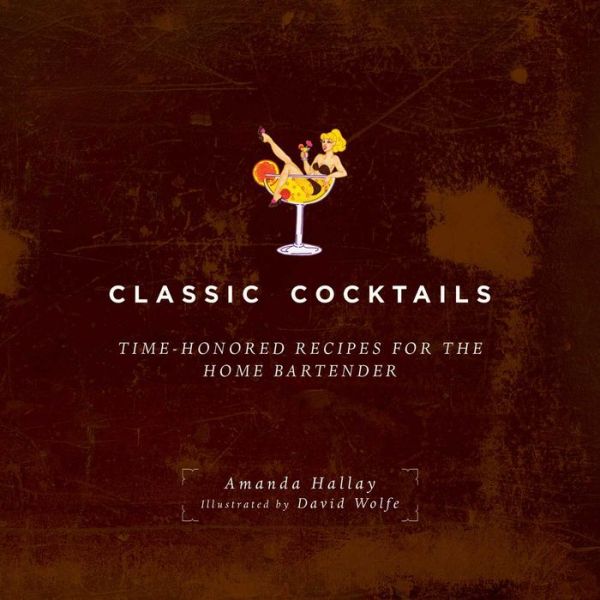 “What’ll It Be?”: Classic Cocktails—and What They Mean to Me

It is a truth universally acknowledged that I am usually in need of a drink. No. That isn’t true. I am usually in need of a cocktail—but perhaps not for the reasons you might think (people are so quick to jump to accusation of alcoholism when words like “cocktail” and “need” appear in the same sentence). Yet I am usually in need of a cocktail because (and I cannot be alone in this), I find the twenty-first century a little hard to bear, and things like Pink Ladies and Gin Fizzes help me to escape. “Pshaw!” I hear you cry. “That’s what all drunkards say; they ‘drink to escape.’ Ha! We’ve caught you out in the first paragraph, Hallay, you big lush.” But wait! Just hold your horses for a second. I did not say that I use alcohol to “escape”; I said I use cocktails. Yes, the booze aspect helps, but it’s the cocktails—their exotic names, romantic associations, their cultural connections, and above all, their link to the past—that transport me out of the twenty-first century and back to a time when people didn’t have “life coaches”; they had lives.

Basically, cocktails (just the thought of them; it doesn’t even matter if I’m actually drinking one) teleport me to a place and time where I might actually have had some social purchase.

Before we venture further, let me offer up this question: Do you like Appletinis, Chocolatinis, Snickertinis, or Sex on the Beach? If you do, then this book probably isn’t for you. It probably isn’t for you if you’re into Cosmopolitans either, for although the dreaded Cosmo has been around since the ’70s, its association with Sex and the City has secured it as the favorite tipple of up-talking metro-chicks who stumble into bars in Jimmy Choo heels so high they need to hold onto each other for ballast, each believing herself to be “sophisticated” when she like, totally, like, orders a Cosmo, and—as a consequence—has rendered it “nonclassic.”

Generally, the people who worship Cosmos have never even heard of its predecessor, the timeless Manhattan.

I think that, for me, my fascination with cocktails may have started with Now, Voyager. I first saw the 1942 weepy when I was about ten and was left intrigued by the endless parade of cocktails that stars Bette Davis and Paul Henried were constantly consuming; Martinis, Old Fashioneds, unspecified tropical drinks with flowers sprouting from them, all of it so glamorous, so “retro,” before it was retro and was still, in 1942, “then-tro.” Best of all was the line that Paul Henried delivers after he and Bette’s first lunch together; sitting at an outdoor table at a café in the Caribbean, he says, “I took the liberty of ordering Cointreau.” Although Cointreau is just a liqueur, and not actually a cocktail, the fact that handsome men once used orange liqueur to take liberties with fascinated me; what was it about alcohol that, when served in a special glass in a certain setting (preferably black-and-white), made everyone suddenly sophisticated, worldly, urbane? Surely, I thought (age ten), if I were to drink cocktails, I too would be worldly and urbane and have to wear hats and gloves and carry a clutch bag as I walked on and off ocean liners? Surely, if I drank Martinis, I would get to go to places like the Copacabana and talk to people who had cigarette cases, with dancing followed by a stroll on a tropical veranda where the male protagonist (a bit like Tyrone Power, but less creepy than he was in that movie where he played a sideshow con man who’s reduced to becoming a geek) breaks down and tells me that he loves me.

This is what happened to people who drank cocktails: they went to night-clubs that came with full orchestras and hatcheck girls; they traveled on package steamers to places with palm trees and friendly locals in national dress; they had matching luggage, tailored wardrobes, or gowns by Adrian. And sometimes they carried a revolver in their pocket. These cinematic folk could break into song at any given moment, everyone knowing the exact choreography when “dancing cheek to cheek”; they would even use phrases like “double cross.” When was the last time that somebody accused someone of double-crossing them? I don’t even know how a double cross works; I get it up to the point where somebody crosses you—but how exactly do you double-cross? This phrase is so glamorously archaic that we can’t even make sense of it anymore! But what I do know is that when accusations of double-crossing were thrown around, there was sure to be a cocktail somewhere in the scene . . .

Obviously, I grew up quite disappointed with life. Where were those 1930s living rooms as seen in movies by RKO—vast, split level, white carpeting, enormous deco furniture, butlers, and me (presumably) lounging in an ostrich feather negligee while getting Parker (“my man,” but not in the modern sense; “man” in the domestic servant sense) to fetch me a Pink Lady?

All right, maybe basing my understanding of the world on Hollywood movies of the ’30s and ’40s was somewhat naïve, but I also watched McMillan and Wife and Hawaii Five-O, and even the cocktail scenes in those failed to materialize in real-life form in my adult life. Where were the turquoise swimming pools with music by Herb Alpert? Where were the women with teased hair and frosted lipstick and tropical print dresses? Where were the handsome, jet-set types with tans and shades and a boarding pass sticking out of their pocket as they grabbed a quick “sour” before heading off to Acapulco, Rio, Paris, or Rome?

I honestly thought that as soon as I was old enough to legally drink (I drank illegally from a very early age; my parents were quite liberal) that I’d somehow join the cast of The Towering Inferno, and that my life (because of cocktails) would involve all-star casts and hotel bars with names like the Continental Room, the Panoramic Room, and the Richard Chamberlain Cut-Price Electrical Wiring Room, myself—a latter-day Faye Dunaway—sitting on a stool and sipping at a Mai Tai.

Nothing like this ever happened. Even when I have found a traditional, old-school cocktail bar, it isn’t frequented by people like David Niven or Cary Grant; it’s full of regular twenty-first-century people texting on their iPhones and asking for “light” versions of Martinis that don’t actually contain Martini (but do contain M&Ms).

Oh, I hate the twenty-first century! I just don’t belong here. I’ll never be happy in a world where people look at me as if I’m clinically insane for ordering a Diplomat. I want to live in a world where, if it can’t be 1942, it can at least be 1970, and bars play gently piped versions of “Girl from Ipanema” (as opposed to blasting Kanye West rapping about his “bitch” as noisy girls in tiny tank tops order shots of vanilla vodka they then lick off each other’s boobs).

In essence, I want to live in a time when the only “baggage” people talked about was the kind that would be carried by Red Caps onto trains with “observation decks,” sleeping compartments, and well-stocked bars with proper glasses.

Happily, although I hate the twenty-first century (well, most of it; I do like cable TV and my collection of “hilarious ringtones”), I believe that—with the right classic cocktail sliding down our throats—we can at least pretend that we’re living in simpler, sexier times. My belief that cocktails are glamorous has never departed. In fact, over the years, this belief has become increasingly strong—so strong that it verges on pathetic. I can’t hear the name of a truly classic cocktail without an entire narrative coming to mind. Naturally, because I am slightly deranged, I know who drank a Whisky Sour in some low-grade film noir of the late 1940s—but I can also (and often quite unwillingly) transport myself back to a particular era and a particular location at just the merest mention of a Gin and It, a Mint Julep, a Tom Collins, each drink taking on its own, romantic scenario involving fabulous bars, fabulous people, romance, adventure, and—generally—me (only thinner and better dressed).

You see, after all is said and done—after all the disappointments, after all the sudden realizations that it will never be 1944 and that (unless it’s made of wool and it’s 50 below outside) I will never get to wear a hat without getting laughed at, after all the lousy, frozen cocktails I have tried to endure in the hopes of embracing the time in which I live, even after all of this, nothing speaks to my imagination (to my very soul) more than the word “cocktail” when written large in curling cursive and pulsating in neon on the side of a forgotten building in a forgotten town from a forgotten time.

And this is what this book is all about.

Although all this might suggest that we have, as a culture, lost something, if you recognize a name or a scene from a movie or even get a feeling from this book, then maybe you too prefer an era that cynics might propose never really existed but that you and I know very well did. And this age is honored here, not merely in the names of the cocktails, their ingredients, and vessels, but in the cultural connections that we—those of us who long to gather in kind to drink Gin Rickeys—consistently make with the past.

And this past, as seen flickering from some old movie we start to watch as we’re falling asleep, is what this book is about; not so much a how-to for the amateur mixologist, but more an invitation to transport us to a past made up of Femme Fatales, wisecracking antiheroes, travels on the Orient Express, and steamboats to Hawaii. Oh, I know, it wasn’t really like this, but perhaps this is what makes it—for those of us too young to ever “double-cross”—all the more real.