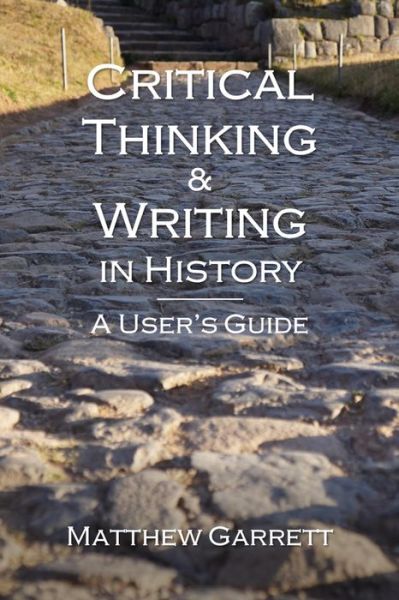 Reasoning is as old as humanity itself. As early as the seventh century BC ancient Indian Anviksiki scholars pioneered logical formulas that explored the relationships between language to assess their truth. Several hundred years later, Chinese Mohists led by “Master Mo” examined how individuals process evidence, and what conditions must be met. But it was the Greeks that laid the foundations of logic inherited by western civilization and the world today.

Logic is a methodological approach to reasoning, and together they constitute a means of rationally advancing from evidence to conclusion. This process involves evaluating evidence, engaging that data to infer results, and reviewing the entire transaction for credibility. The basic unit of reasoning is the argument.

The origins of Western notions of argumentation begins with Plato (427BC-348BC) who introduced a type reasoning that culminated in modern formulas used to assert and assess truth claims. He found that such tools allowed him to draw conclusions about issues and elements for which he had no firsthand experience. Plato’s most famous student, Aristotle (348-322BC), systematized that method for discovering truth in his “theory of syllogism,” which allowed thinkers to draw a conclusion from two or more presumed truths. Succeeding generations of stoics, rhetoricians, and logisticians used this foundation to build the rich framework for argumentation that now exists.[30]

In the simplest terms, an argument is a logical formula leading from the evidence (or premises) to the conclusion (or claim). In its very essence, it is a process: if this is true, then that is true. Consider the following arguments and identify the evidence(s) and the conclusion for each:

Frank ate old seafood, so he will be sick.

In addition to identifying the claim and evidence(s), did you notice that one of these arguments yields a conclusion that seems more probable than the other?

Deductive reasoning persisted and predominated Europe through the Middle Ages. Though the practice of Aristotelian logic largely receded from Europe after the fall of Rome in the fifth century, medieval seminarians continued to employ its didactic reasoning to bring together two ideas and produce a third. They diligently worked to reconcile biblical passages with natural truths or the works of Aristotle, Ptolemy and Euclid.

As Nicolaus Copernicus (1473-1543) and Galileo Galilei (1564-1642) turned their gazes toward the skies, they began to question long-held truths that could not be reconciled to biblical passages or Aristotelian natural philosophy (science).[33] Scholars expressed growing interest in long overshadowed inductive reasoning that Aristotle had dismissed as unreliable. This method of logic involves drawing a conclusion from what has been seen or experienced and trusting that it represents broader instances that have not yet been observed. Instead of deducing a narrow and certain conclusion from broader truths, inductive reasoning amasses particulars to predict a new universal rule that is probable.[34]

The inductive power to describe the broader world exceeds the limits of deduction, but that benefit comes at a price. While flawless deductive reasoning produces absolutely certain results, inductive reasoning only yields probable conclusions; what should manifest based on prior observations. Induction relies on empiricism, the idea that knowledge can be derived from sensory perceptions. With that in mind, reconsider the prior examples of Socrates’s mortality and Frank’s eminent sickness and consider which exemplifies deductive reasoning and which demonstrates inductive reasoning?

Frank ate old seafood so he will be sick.

Military intelligence warnings, the timely withdraw of aircraft carriers, and President Roosevelt’s desire to enter the war all suggest that FDR allowed the Japanese to attack Pearl Harbor.

In this example, the conclusion (“Roosevelt allowed the Japanese to attack Pearl Harbor”) is not contained within the evidence but rather a projection outward from the evidence to create a probable conclusion. And even if each of those premises were true, it would still be conceivable that FDR did not allow the attack. This is an example of inductive reasoning, and that is the type of reasoning historians generally employ to prove a probable but never absolutely certain conclusion.[35]

The limits of inductive reasoning are captured in the classic example of the black swan. Having observed thousands and thousands of swans, Europeans inductively concluded that all swans must be white. However, in 1697 Dutch explorer Wil de Vlamingh encountered black swans on the southwest coast of Australia. This observation shattered long-held truth and reminds us that inductive conclusions are never certain. Even our trust that flipping a light switch will result in illumination—as it always has—may be foiled by a faulty bulb or circuit.

Frustration over the unreliability of inductive reasoning long hampered its adoption. Scottish philosopher David Hume (1711-1776) characterized induction as crude and unreliable but functionally necessary in daily decisions. His Treaties on Human Nature (1739) explained, “We should never know how to adjust means to ends, or to employ our natural powers in the production of any effect. There would be an end at once of all action, as well as of the chief part of speculation.”[36] He questioned who would eat bread without the inductive reasoning that it would nourish the body.

In response to Hume’s “problem of induction,” German philosopher Immanuel Kant (1724-1804) argued that induction’s fallibility stemmed from a disconnect between what actually exists (noumena) and what we perceive. His Critique of Pure Reason (1781) proposed that mental filters, or “categories of understanding,” obstruct any objectively true grasp of reality. Induction is indeed flawed by our imperfect perceptions, among other issues, but it remains the most effective tool for anticipating the dynamic world.

Growing confidence of empiricism’s trust in sensory perception, paired with inductive reasoning, allowed scholars in natural and social sciences to understand and articulate the world around them during the nineteenth and twentieth centuries. But by the mid-twentieth century philosophers including Karl Popper (1902-1994), Thomas Kuhn (1922-1996), and Paul Feyerbend (1924-1994) issued harsh critiques of empiricism and the scientific paradigms it created. This resistance coincided with growing postmodernist challenges to history and other disciplines that ultimately created a crisis of confidence by the close of the twentieth century.[37] Today intellectuals spar over epistemology with varied attitudes about the nature of truth: does it exist, can we know it, what methods should we use?

Complaints about the reliability of poorly formulated arguments predates the mid-twentieth century. Some of the earliest attempts to identify common errors in reason appear in Aristotle’s Sophistical Refutations, and well-regarded explorations of such mistakes appeared in Francis Bacon’s Novum Organum (1620), John Locke’s An Essay Concerning Human Understanding (1690), and John Stuart Mill’s A System of Logic (1843).[38] Their work helped establish clear models of arguments that reliably, or not so reliably, render conclusions.

Those arguments which reflect the most common errors in reasoning are termed logical fallacies. There are far too many of these types to explain here, but a few such examples include the appeal to the majority (everyone believes it and so it must be true), ad hominem (attacking the author instead of the argument), and the as of late quite popular appeal to identity (evaluating an argument based on identity rather than the argument; a speaker’s race, class, or gender have do not validate a truth claim).

One particularly noteworthy common error in reasoning is the fallacy fallacy. That is, the mistaken assumption that just because there is a fallacy present the conclusion must be false. This is not true. Even an argument composed of bad logic may happen upon a correct conclusion (for reasons the author fails to recognize). Just because a fallacy is present does not disprove the conclusion; it simply means the conclusion is not supported by the evidence provided. For example, it is fallacious to assert that the Qur’an must be true because so many people believe it (this is an example of an appeal to argumentum ad populum, or “appeal to the people”); however, just because the argument is flawed does not prove the Qur’an is false. While a fallacy cannot prove truth, its use is not evidence that a claim is untrue.

The role of historians is to find and review evidence, assess others claims based on the evidence, and to produce conclusions with the strongest evidence possible. Historians may determine a conclusion is unsupported by the evidence, or that an argument is too poorly constructed to support the conclusion. Other times historians find that an author skillfully invoked thoughtful evidence in a convincing argument. To assess and build reliable arguments historians employ several inductive reasoning methods, including analogies, causation, generalization and more. In the pages that follow this text will explore those structures and the logical fallacies that threaten the integrity of each.

Question: What separates inductive and deductive reasoning? What are the advantages of each?

Activity: Write a simple historical argument with a conclusion/claim that is supported by one or more premises/evidences.

Activity: Locate a passage from a historical text and identify the claim/conclusion, as well as the evidence(s).

Discussion: If induction is never certain and only probable, how can we really know if anything is true?