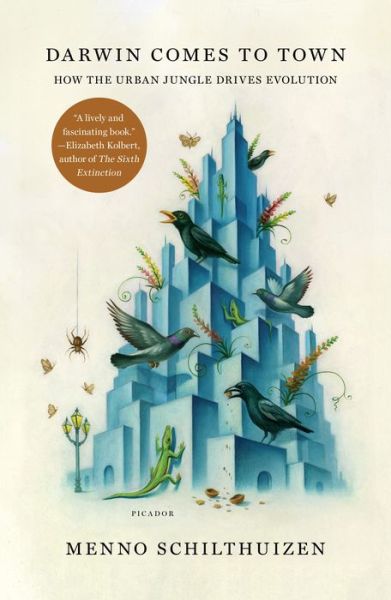 The revolutionary invention of growing food, rather than searching for it, had two important consequences for our way of living. First, growing crops for subsistence around a settlement meant that it was no longer necessary or profitable to live the nomad life. After all, going to the trouble of setting up fields and planting them clearly was a long-term investment. Until the soil became exhausted, it was best to stay put. Secondly, it meant that our trophic level changed—trophic level being an organism’s position in the food pyramid. Green plants that use the sun’s energy and “eat” carbon from the air sit in trophic level 1 as the world’s chief “primary producers.” Level 2 is occupied by vegetarian animals that consume those primary producers. The third level of the food pyramid is where we find the predators that eat those plant-eaters, and so on. The food pyramid is pyramid-shaped because only one-tenth or so of the energy produced by one layer is carried upward into the next layer. The rest is lost along the way as waste, heat, and power to run the bodies of the organisms in that next layer. And since energy translates into how much life a level can support, in any habitat you’ll find ton of green stuff (level 1), millions of plant-eating insects (level 2), thousands of insectivorous birds (level 3), a bunch of weasels and hawks (level 4), and perhaps just a single top-predator, like a lone tiger or a solitary eagle, at level 5. Humans, by changing from chiefly hunting to mostly farming, collectively stepped down one tier in the trophic pyramid—where there was much more energy and therefore much more space to grow.

And grow we did. Five or six thousand years ago, we improved irrigation and soil tilling to such a level that frequent relocation because of depleted soil nutrients was no longer necessary. Agriculture proved such a success that not everybody in a village needed to be involved with it. It was left to specialists while the rest of the settlement could take up other necessary trades. This meant that these permanent settlements became places that could supply food and coveted goods to their hinterland. This in turn led to the development of transportation technologies, and people skilled at building and maintaining these. Cities also became the places from which organized warfare emanated, subjugating tribes that still adhered to hunting and gathering, and thus further spreading the agricultural, village-building lifestyle. Around that time, roughly 6,000 years ago in Mesopotamia, the first true cities appeared. One by one at first, but as the centuries went by, more and more parts of the world began to show signs of urbanization, with new cities popping up in India and Egypt, then in more rapid succession: Pakistan, Greece, China … An animation based on the research by Meredith Reba and her colleagues at Yale University shows how cities appear all over the planet, from 5,700 years ago until today—slowly at first, but then, like corn popping in a pan, building up to the deafening crescendo of urbanization during the past century.

Over the next few decades, the popping is only expected to become louder, with megacities (10 million inhabitants or more) setting the stage. In the Pearl River Delta, one of China’s main economic hubs, so many cities are now squeezed together in an area smaller than the unimpressive size of Belgium, that it is termed a “megalopolis” with a combined population of 120 million, almost the same as all of Russia. By 2030, almost 10 percent of all people on earth will live in only 41 megacities, and most of those will be in Eastern China, India, and West Africa. Kinshasa, still a quiet backwater a few decades ago, will hold 20 million people, and in Lagos the population will be more than 24 million. Those figures may be mind-boggling, yet the strongest urbanization, relatively speaking, will actually take place in the small and medium-sized cities (that’s anything below 5 million inhabitants) in formerly rural countries. Such cities are expanding rapidly, by over 2 percent a year, while the annual growth rates of the really big megacities is just 0.5 percent. Over the next decade, the developing world’s smaller cities are going to absorb twice as many people as their bigger brothers. Between 2000 and 2010, the urban population of a country like Laos, for example, which lacks really large urban centers, has doubled.

All these statistics are not to say that experts agree over what a city really is. The socio-economic definitions vary from period to period and from place to place. In Norway, a settlement with 200 inhabitants is already considered urban, while in Japan you need 50,000 for the same status. City status may also be an administrative thing. Some cities are “official” and therefore can claim certain benefits from the state. For example, only two of the twelve London boroughs are official cities, while none of the others, nor London as a whole, is legally entitled to call itself a city. Not to complicate matters, I’ll take a pragmatic approach and simply consider cities as those areas where the density of humans and their buildings are distinctly increased and with it, the infrastructure and average income. But those are only the human factors. In their wake come interesting ecological characteristics.