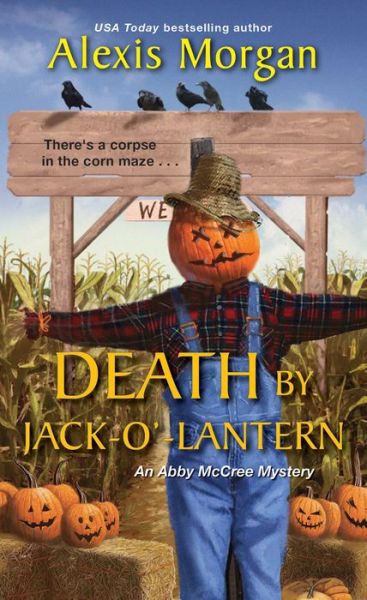 After snapping a selfie to prove she’d made it to the end, Abby circled the perimeter of the clearing. Still no sign of the farmer anywhere—not that she was surprised by that, as quiet as it was. Finally, she approached the closed door on the front side of the shed and called out, “Mr. Minter, are you in there?”

The only sound was the splash of raindrops hitting the mud puddles. Finally she opened the door and peeked into the dim interior. At first, she didn’t see anything except a large basket of mini pumpkins sitting on a rickety-looking table, no doubt the promised prizes. Then she noticed a boot lying on the dirt floor below the table. On second look, the boot was attached to a leg sticking out from beneath a patchwork quilt.

She retreated several steps as her mind flashed back to that day in her backyard when she and Tripp had discovered a dead body wrapped in a quilt. A bad feeling settled in her stomach, and there was no way she wanted to take one more step deeper into that shed.