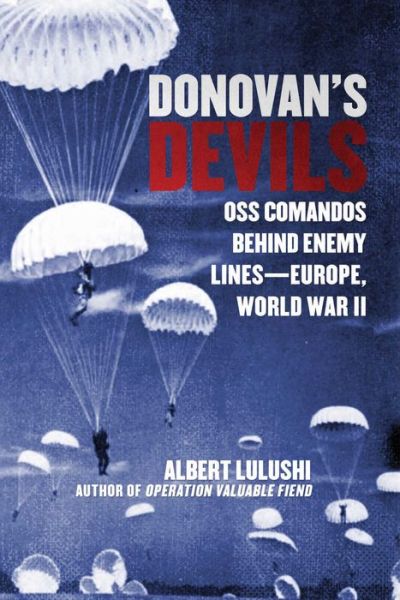 Special Operations in the Western Mediterranean

In December 1942, the OSS consolidated all its assets in North Africa into a headquarters station in Algiers, known as Station X, under the command of Colonel William Eddy. It operated as an extension of the Allied Forces Headquarters Special Operations Office, or G-3. Between December 1942 and August 1943, Station X mounted several operations in enemy territory to prepare the way for the Allied invasions in Italy. The number and intensity of these operations increased after the invasions began, first in Sicily in August 1943 and then in southern Italy in September 1943.

The first OSS mission inside Axis-occupied Europe was an infiltration of agents in the island of Corsica in mid-December 1942. Corsica had been part of the French territories left under the control of the Vichy government according to the Franco-German armistice of 1940. After the Allied landings in French North Africa, Germany and Italy moved to occupy all of France. Eighty thousand Italian troops occupied Corsica to the deep resentment of the local population, which remained loyal to the French republic, despite its historical ties to the Italian mainland. The purpose of the OSS mission, code-named Pearl Harbor, was to collect intelligence on the Italian forces on the island and organize networks of resistance ready to take up arms against the occupiers when the invasion against Italy began.1

The OSS entrusted the mission to Frederic Brown, code-named “Tommy,” an Algiers-based asset who had assisted Colonel Eddy in the preparations for Operation Torch.2 Brown was on friendly terms with the Algiers chiefs of the Deuxième Bureau (Second Bureau), the French military intelligence organization, who were also interested in sending their own mission to Corsica at the time. Brown used these connections to identify men for the mission team and mount the operation. The team leader was Roger de Saule, a senior intelligence officer in the French Air Force. Three Algiers-based Frenchmen born in Corsica would assist him as radio operators and liaison agents. They were the cousins Toussaint and Pierre Griffi and Laurent Preziosi. The Deuxième Bureau secured the use of the 1,600-ton Casabianca, the most modern submarine in the French Navy, which had arrived in Algiers in mid-November with its commander and full crew aboard after escaping capture from the Germans in Toulon. With three wireless sets, a million French francs, food, supplies, and false documents, the Pearl Harbor team headed for Corsica on December 11, 1942.

There was no reception party to pinpoint the landing site, so when the submarine arrived near the coast on December 13, the captain surfaced to periscope depth and surveyed the littoral in daylight until he found a suitable beach in the bay of Chioni. Then he submerged and kept the vessel on the sea floor until nighttime. At 0100 hours on the night of December 14, the Casabianca resurfaced barely out of the water to avoid detection from Italian patrol boats and moved to within one mile offshore. Two French marines rowed a dinghy with the five OSS agents and a radio set ashore. When they returned, the submarine submerged again, planning to stay out of sight for the next twenty-four hours. It would resurface the following night to bring weapons and the rest of the equipment ashore. The OSS agents moved inland and established a few friendly contacts in the villages nearby.

When they returned to the landing spot on the midnight of December 15, Pierre Griffi sent a message in Morse using his flashlight to the Casablanca, which was waiting offshore. The sea that night was choppy with large waves kicked up by the Libeccio, the strong wind that sweeps Corsica and Italy from the southwest. Close to the shore, the dinghy capsized, taking with it all the supplies, weapons, and radio equipment. Its three sailors swam to shore and had no way to return to the submarine, so they decided to stay with the Pearl Harbor team. They tried to signal the Casabianca but the waves were so high that the captain could not see the flashlight signals from shore. The situation forced Brown to swim for a perilous hour and a half to the submarine and communicate the situation to the skipper.

Over the next few months, the Pearl Harbor team was able to create a number of nets inside the island. It communicated regularly by radio with Algiers sending information about the strength and morale of the Italian troops. On the night of February 6, 1943, the Casabianca returned to pick up the three sailors it had left behind and to deliver a cache of 450 submachine guns and 60,000 bullets. It was the first American supply of arms and ammunition to a European resistance movement in World War II. The two principal liaison agents, Toussaint Griffi and Laurent Preziosi, distributed these arms to their contacts and reported in March that they had two thousand people in the organization who were ready to fight.

Their activities had attracted the attention of the Fascist secret police, the infamous Organizzazione per la Vigilanza e la Repressione dell’Antifascismo (OVRA), or Organization for Vigilance and Repression of Anti-Fascism. As a security precaution, Toussaint Griffi and Laurent Preziosi returned to Algiers on March 10, 1943, aboard the Casablanca. Roger de Saule handed over command of the networks to a newly assigned officer of the Deuxième Bureau, Paul Colona d’Istria, and returned to Algiers at the end of March. Pierre Griffi, the principal radio operator of Pearl Harbor, remained in Corsica and fell into the hands of OVRA on June 11. Although tortured atrociously, he did not reveal any information. The Fascists executed him in Bastia on August 18, 1943, just a few weeks before the liberation of Corsica.