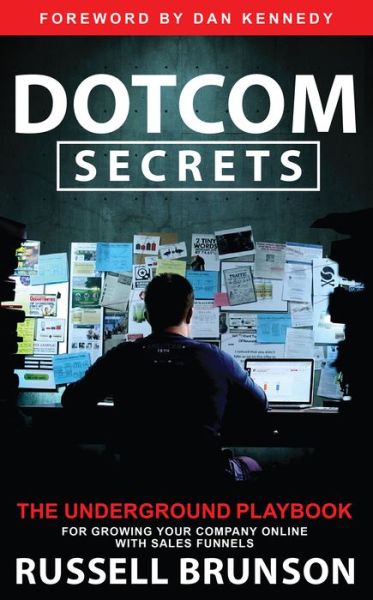 “I want to introduce you to our next speaker. He has a successful business online making millions of dollars a year teaching men how to get women to approach them,” the emcee announced. “Let’s stand up and put your hands together for John Alanis!”

I watched as John walked on stage and told us that he didn’t normally teach internet marketers how to sell stuff online but that he knew the secret that almost all of us were missing. He said that we were missing the same thing that his men are lacking when they hire him to teach how to get women to approach them.

“Notice that I didn’t say ‘how to pick up women,’” he said. “I show them how to get women to come to them. Big difference. Now, how many of you here would like to have customers come to you?” he asked.

As a self-proclaimed introvert who is scared to death of starting a conversation with people, I quickly shot up my hand. I looked around to see that the majority of the people in the room had their hands up as well.

“When I start working with a guy, the first thing I teach them is a concept called the ‘Attractive Character.’ If you want to attract someone, you have to be attractive, and I’m not talking about your looks. I’m talking about your personality.” He went on about some of the ways he helps his men to pull out the elements of their life and story to create an Attractive Character that women would be drawn to.

Then John stopped and said, “I bet most of you here are wondering what in the world this has to do with you. If you want to get people to be attracted to you and your brand, you need to design your own Attractive Character that your market will be attracted to.” He gave some ideas on ways you could do this, and I started taking notes as fast as possible.

When I got home from this event, I wanted to start implementing everything I had learned as fast as possible, but this one concept of the Attractive Character was the thing that made me the most nervous. I wasn’t quite sure how to do it, so I looked over my notes and started to blend elements of my own Attractive Character into the things I was doing online. I started to share the elements into my emails, and I’d tell the stories during podcast interviews and when I would speak onstage.

The ﬁrst few times I spoke, I was still in school at Boise State University. I was a student athlete in the wrestling program, and when I spoke, I would tell that part of my story from the stage. I talked about wrestling and coaches and lessons I’d learned from the sport. When it was time to sell at the end of the presentation, I noticed that the people who came to the back to buy my product were mostly male athletes. They would say, “Hey, man, I played football in college,” or “Hey, I’m a lacrosse player.” I didn’t realize it at the time, but my story was promoting the parts of my Attractive Character that other male athletes could relate to, and it was attracting them into my tribe.

A few years later, my wife and I were trying to start a family, but we had trouble getting pregnant. We went through a long process, but after months with a fertility doctor, we ended up getting pregnant with twins. I remember speaking at a seminar, and for some reason, I felt like I should tell that story. I was kind of nervous because I didn’t usually share intimate, personal stories. But for whatever reason, I did share that story with the audience and tied it back to my presentation. Then I made an offer for them to buy one of my coaching packages like normal, but this time something different happened.

When I looked to the back of the room, the athletes were still there, but now there was a whole new group of people signing up that I had never seen before. There were wives, mothers, and families buying my products too. I thought, How interesting! I shared something about my family, and suddenly there’s a new segment of the audience attracted to that part of my Attractive Character. This new audience segment suddenly felt they could relate to me, so they had enough trust to purchase from me. That had never happened before.

Over the past decade that I’ve been in this industry, I’ve shared aspects of my Attractive Character in all aspects of the business. It’s in the content I post on all the social platforms. It’s in the ads that we run online. It’s woven into the sales videos and webinars that sell our products and the emails we send to our lists, as well as the fulfillment of everything we sell.

The Attractive Character is the thing that binds people to your value ladder. They come in looking for a result, but they stay because of their relationship with you. One of my favorite social influencers Jenna Kutcher once said, “A brand is the image and personality the business applies to its offers.”6 The value ladder contains all your offers, but the Attractive Character is the brand that you apply to the offers to increase their value even more.

I want to share this concept of the Attractive Character now because it will be woven into everything we do inside your funnels. You will be using it in the messages on each page of your funnels and inside the sales scripts and the email follow-up messages. You’ll also see it used in your ads and the content you are publishing to get traffic into your funnels.

Inside of Expert Secrets, we go deeper into the Attractive Character. You learn how to use your character to tell stories that break people’s false belief patterns so you can serve them at a higher level, how to become a leader, and so much more. This chapter is an introduction for you to understand the core frameworks, but I highly recommend reading Expert Secrets next to master communication between your market and your Attractive Character.