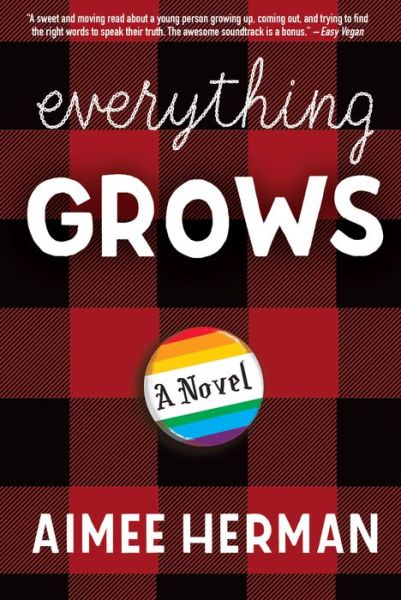 The story of my first haircut is legendary. Or at least it is in my family. It has circulated over Thanksgiving meals, in synagogue after prayer time is over and all that is left are slightly stale cookies to munch on during Oneg, and even when my grandfather was slowly dying in the hospital.

It was just after my third birthday. My thick, curly hair had gathered into more knots than a brush could untangle, so Dad grabbed the scissors from the coupon drawer and started cutting. Shirley (my mother) was too distraught to do it. After the first cut, I started to scream.

“You’re hurting her,” Greta, who was five at the time, yelled.

And then—according to this well-circulated story—I yelled: “You’re killing it,” meaning my hair. I guess I thought my hair, like everything else on my body, was alive. I didn’t understand why my dad would try to cut a piece of me away. So, he stopped and I wouldn’t let anyone near my hair again until I was almost six. By then, my head resembled a blond abandoned squirrel’s nest.

I’m fifteen now, so of course I understand that hair is dead. My strands don’t scream out when I’m at the hair salon. Though of course, Henny, who has been cutting my hair since I was eight, knows the story too.

Here is what my hair looked like before. It was beautiful, like shampoo commercial hair where the woman throws her head around and each strand glistens as though weaved with tiny suns. Strangers have even stopped me at the grocery store. Or they’d stop Shirley and tell her what gorgeous hair her daughter has. Grandma (Dad’s mom) used to ask for my scraps after a haircut. Her hair was thin and straight. No one really understood where my curls came from. But apparently, I was blessed. This word was also used a lot to describe my hair. Anyway, it was long and thick and beautiful and then I cut it.

I don’t believe I’m unusual. What I mean is, how else should a teenager react when they find out a classmate has committed suicide? Oh, maybe I should start from the beginning, though I’m not sure where that would be. Beginning of me? Beginning of when I started to realize things out about myself that made me feel different than others? When does this story begin?

We were in second grade together. He sat behind me. Also fourth grade, where I got my first ‘D’, which I don’t think was fair at all, and seventh grade science class, and he is was in my English class this year. It’s not like we were friends. Hardly. He was my bully. Threw frog guts at me in seventh grade during dissection. He called me “screen door” and “mosquito bites” in front of the whole class, and yet the teacher didn’t even notice. Maybe he had a whole roster of people he bullied, but it sure felt like he had his hatred aimed straight toward me. But who cares about any of that now? He’s dead.

I was down the block at Dara’s house. Her mom (who knows everything about everyone) got a phone call (not sure from who) and went down to the basement where we were playing and asked if we knew him. I don’t even remember saying goodbye. I just ran home, rushed upstairs to my bedroom, grabbed the scissors on my desk and started to cut my hair. When someone dies like that, things just stop making sense.

Of course, I understand why I was so upset. So, maybe that is where this story starts? But first let me explain what happened after the first cut. Again, I’m fifteen. I don’t understand everything about the body, but I get that if I cut my finger, I will bleed and maybe cry, but blood and pain doesn’t come out of a haircut. And yet, it was like I could feel every hair being pulled out of my scalp. I just stood in the middle of my bedroom, away from my mirror, because I didn’t want to watch what was happening, and cut. The sound was like a slow rip. Not like paper, but well, like something else. My neck itched from the hairs falling against it and the floor caught my curls, creating a puddle of me. I just cut and cut, trying not to imagine him. Trying not to think about why a fifteen-year-old boy would want to kill himself. Trying not to think about Shirley and how I know about the time she tried to kill herself last May, but not about the other times, and there must have been more. Trying not to think about having to visit her on the weekends at that hospital. Angry about what she did, but still trying to be nice to her because she was in a mental hospital that smelled like rotten bandages. I used to call her Shirley in my head, though I’m not sure why. After she tried to leave us, I started saying it out loud.

I threw the scissors down on my bed and slowly walked to my mirror. My hardwood floor was now covered with my hair. Actually, it was really just a messy pile, but it felt like a lot. My hair had reached past my shoulders. The mirror now revealed my new ‘do.

Well, I couldn’t hide in my room forever.

“What did you do to yourself?”

“Francine just called me. She said you ran out of the house. She also told me about the boy in your grade.”

I took a deep breath. Greta was the one who found Shirley, not me. But I had to help get her to throw up. She had swallowed too many of her pills. Greta was incredible. She called for an ambulance, tried to calm me down, took care of things. It’s like she knew exactly what to do. I felt paralyzed. I didn’t understand what was happening.