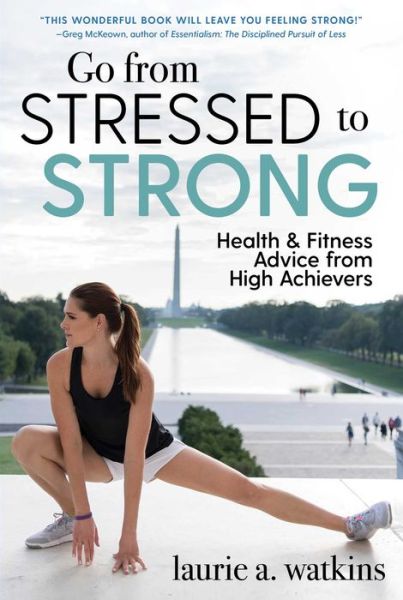 GET OUT OF BED AND FALL INTO A ROUTINE

Worn out, beat down, depressed, unhealthy, slightly overweight, horrible complexion, gray hairs at 28, binge drinker, occasional stress-smoker, single (upon the ending of my campaign romance), and unemployed. This was my new profile. Instead of relishing my accomplishing one of the most rewarding and monumental experiences of my young career in helping to get the first black man elected president of the United States and winning an enormous battleground state in Florida, I felt like crap. All around me were the faces of happy people, boasting smiles for days. I didn’t know what was wrong with me. Why didn’t I feel as good as everyone else around me? Why did I still feel stress instead of relief? The truth was, my mind had already moved on to worrying about what came next: the transition, and how to get myself to Washington, DC.

You see, for as far back as I can remember, I wanted to work and live in Washington, DC. I wanted to play a part in our American history, bringing change that would help people rise up, not feel pushed down. I worked as a college intern in the Florida legislature and secured an amazing gig as a legislative aide shortly after graduation. I spent the next four years of my career working for the Minority Leader of the Senate, where I learned the art of politicking from a sharp, petite, classy Jewish woman whom I adored.

I eventually worked my way to Congress and then landed the amazing opportunity to work on Senator Obama’s campaign. It was only then that I allowed myself to dream of the day I could possibly work for the next president of the United States.

Foregoing a vacation, and in need of a steady paycheck, a week later I went back to working for Ron Klein, the Florida Congressman for whom I had been working before the start of the campaign. I was extremely grateful that he kept my job for me while I was on the campaign trail for seven months, but I didn’t feel satisfied doing the same job I was doing before. I wanted more, so I worked harder. After months of hustle, countless interviews, and meetings with White House personnel, which involved flying back and forth between Florida and DC, I decided the only way I was going to get what I wanted was to move to Washington. I needed to be there, in the faces of the people I wanted something from: my dream job.

The following Monday, two days after my twenty-ninth birthday, I walked into the Florida congressional office and gave my resignation. No, I didn’t have a job yet, and no, I didn’t know what would happen and how I would eat for more than a few months based on the amount I had in savings, but I did it. I took a chance on myself, made the investment in myself, and moved to DC, my stress in tow.

A few months later, after working several odd jobs, I was sitting in my kitchen drinking a cup of coffee wondering what I was going to do to pay my rent the following month, stressed beyond belief, and feeling disappointed. That was when I got a call from the White House and landed my dream job. Finally, the stars had aligned, and I was going to receive a presidential appointment to work for the United States Army at the Pentagon. I couldn’t believe it. I was overwhelmed with an enormous sense of honor. I was going to work amongst the best and brightest civilian and military minds in the entire world. Was I even worthy of such an opportunity? I would soon find out.

Books primed me for the difference between military and civilian culture, the length of time it took actions to go up the long chain of command, and how to navigate the surprisingly confusing building. In many ways, working in the Pentagon was similar to working on a presidential campaign. Early mornings, late evenings, and an unpredictable workday in between once again became my norm. Toward the beginning, I would find myself so consumed with work that I would miss lunch, or eat whatever I had stashed away in my desk. I started to feel as if the vicious cycle I thought I had left behind were starting all over again. That was until I was asked by a colleague if I wanted to go and check out the Pentagon Athletic Center (PAC) downstairs in the basement of the building.

For those of you wondering what it’s like to work in the “Puzzle Palace” that is the Pentagon, I have two words for you: kick ass! Let’s just get this out of the way—yes, it’s true that there are underground roads and buildings, hidden staircases, and tons of secrets housed in the walls of the Pentagon. But what the building also has, deep underground, is a state-of-the-art facility designed for high performance, increased strength, and readiness. Anyone who works in the building could work out there for a nominal fee. Busy at all hours of the morning and well into the evening with staff and officers coming in and out, the PAC also lends itself to being a great place to network and do business.

I’ll admit, what the Pentagon prep books didn’t prepare me for was the culture of fitness. Working out, even during the middle of the work day, wasn’t just allowed, it was encouraged. These workouts weren’t mild-mannered jogs, either. Generals, admirals, and even the defense secretary worked out down there, fostering an open, brutally competitive environment.

The ratio of men to women present at the PAC was also something I noticed immediately. After agreeing to join a female colleague and friend of mine for a CrossFit workout one morning, I quickly realized that we were the only women in the entire place, and I felt like everyone was looking at us. My colleague picked up on my apprehension and the change in tone of my voice and said, “Girl, don’t worry about them. Yeah, they’re always going to look, that’ll never change, but the fact that we’re down here kicking ass, believe me when I tell you that they respect that.”

I completed the hellish workout but kept thinking about her words “they respect that.” It made sense: a person who respects herself by working out and taking care of herself is someone who deserves respect. But my problem for the past few years was keeping my word with myself. “I’ll work out after I get home from work. I’ll skip happy hour tonight and head home to cook my favorite meal.” I had broken so many promises to myself at that point that I had lost count. For some reason on that day, after that particular experience, hearing those words, I decided that a major life overhaul was in order.

I had reached the point where I was ready to make the change. This is important to point out because although I had known that I needed help after almost wrecking my car from starvation and dehydration during the campaign, it wasn’t until that moment in 2010 that I declared to myself that I was ready to commit to a total life reset. It was there that I decided to change all of my bad habits and make a conscious effort to reverse the years of damage and neglect on my mind and body. Of course it was going to be a bear of an undertaking, but I knew it was necessary. The first thing I started with was physical fitness. Harvard social psychologist and author Amy Cuddy (Presence) says, “Personal power brings us closer to our best selves, while the lack of it distorts and obscures ourselves. Power reveals.”1

I craved something that would motivate and drive me to step completely out of my comfort zone, but give me the personal power I so desired. The only thing that made me feel like that, I soon discovered, was lifting weights in CrossFit. So, before I knew it, I had joined a CrossFit gym near my apartment with a colleague so we could hold each other accountable, and after a few weeks of making a plan and sticking to it, I found myself engaged in a sustainable and healthy routine. The motivation, encouragement, and inspiration by the people running the Pentagon changed my way of thinking for the rest of my life. I would work out at 6 a.m. four to five days a week, come home and shower, eat a healthy breakfast, grab my already prepared lunch that I had made the night before, and dash out the door heading to the office.

All it took was that first workout, and saying yes to that colleague who asked me to join him for something new and challenging. After a few months of maintaining this routine of working out in the morning, which set the tone for my day, I found myself easily rejecting anything that wasn’t good for me. I cut out anything processed, fried, and filled with sugar. I replaced that extra hour of sleep each morning with a workout, and that, in turn, changed how I ate, worked, slept, and so on. I developed a way of thinking that if I was going to bust my hump at the gym in the morning, I would be damned if I was going to cancel it all out by shoving a doughnut in my mouth at our daily briefings. I said “no” to grabbing a drink after work in order to go home and cook a healthy dinner and lunch for the following day so I could get to bed in time for that early 5 a.m. wake-up call.

I maintained this routine throughout my entire assignment at the Pentagon. I won’t lie to you and say that it was easy, especially when traveling all over the world and waking up in different time zones, but I did it. And when asked to resign from my post and go back to Florida to work on President Obama’s reelection campaign, I vowed that if I couldn’t make the same commitment to myself that I had made two years prior, I would simply turn down the opportunity.

After a lot of thought and prayer, I decided the opportunity was too important, and I accepted the offer. I made a promise to myself that if I stuck to my routine and habits, and gave it my all, leaving nothing on the table, I would make it work. I refused the thought of feeling powerless, clinging to thoughts of a potentially failed outcome, and instead focused on the process for success.

Don’t let fear control your life. For most people, including myself, we show up at the doorstep of an opportunity bubbling over with anxiety and trepidation, worried about a future that hasn’t yet unfolded. When you walk into a high-pressured situation in that frame of mind, you’ve essentially already set yourself up for failure.

Charles Duhigg, author of The Power of Habit: Why We Do What We Do in Life and Business, writes that after studying a young woman (Lisa) with characteristics similar to mine, scientists found that, even though her old behaviors could be tracked, her new habits had had a profound impact on her brain. This began by changing just one habit, before she began reprogramming her overall routine. In other words, changing one habit initially seemed to have a ripple effect on Lisa’s other habits and, in turn, her neurological patterns.2