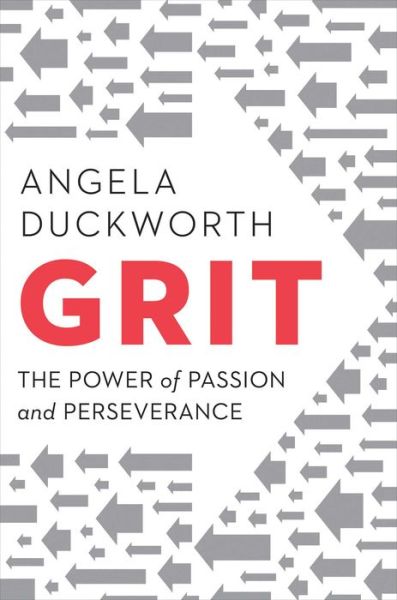 Before I was a psychologist, I was a teacher. It was in the classroom—years before I’d even heard of Beast—that I began to see that talent is not all there is to achievement.

I was twenty-seven when I started teaching full-time. The month before, I’d quit my job at McKinsey, a global management consulting firm whose New York City office occupied several floors of a blue-glass skyscraper in midtown. My colleagues were a bit bewildered by my decision. Why leave a company that most of my peers were dying to join—one regularly singled out as one of the world’s smartest and most influential?

Acquaintances assumed I was trading eighty-hour workweeks for a more relaxed lifestyle, but of course, anyone who’s been a teacher knows that there’s no harder job in the world. So why leave? In some ways, it was consulting, not teaching, that was the detour. Throughout college, I’d tutored and mentored kids from the local public schools. After graduation, I started a tuition-free academic enrichment program and ran it for two years. Then I went to Oxford and completed a degree in neuroscience, studying the neural mechanisms of dyslexia. So when I started teaching, I felt like I was back on track.

Even so, the transition was abrupt. In a single week, my salary went from Seriously? I actually get paid this much? to Wow! How the heck do teachers in this city make ends meet? Dinner was now a sandwich eaten hurriedly while grading papers, not sushi ordered in at the client’s expense. I commuted to work on the same subway line but stayed on the train past midtown, getting off six stops farther south: the Lower East Side. Instead of pumps, pearls, and a tailored suit, I wore sensible shoes I could stand in all day and dresses I wouldn’t mind getting covered in chalk.

My students were twelve and thirteen years old. Most lived in the housing projects clustered between Avenues A and D. This was before the neighborhood sprouted hip cafés on every corner. The fall I started teaching there, our school was picked for the set of a movie about a rough-and-tumble school in a distressed urban neighborhood. My job was to help my students learn seventh-grade math: fractions and decimals and the rudimentary building blocks of algebra and geometry.

Even that first week, it was obvious that some of my students picked up mathematical concepts more easily than their classmates. Teaching the most talented students in the class was a joy. They were, quite literally, “quick studies.” Without much prompting, they saw the underlying pattern in a series of math problems that less able students struggled to grasp. They’d watch me do a problem once on the board and say, “I get it!” and then work out the next one correctly on their own.

And yet, at the end of the first marking period, I was surprised to find that some of these very able students weren’t doing as well as I’d expected. Some did very well, of course. But more than a few of my most talented students were earning lackluster grades or worse.

In contrast, several of the students who initially struggled were faring better than I’d expected. These “overachievers” would reliably come to class every day with everything they needed. Instead of playing around and looking out the window, they took notes and asked questions. When they didn’t get something the first time around, they tried again and again, sometimes coming for extra help during their lunch period or during afternoon electives. Their hard work showed in their grades.

Apparently, aptitude did not guarantee achievement. Talent for math was different from excelling in math class.

This came as a surprise. After all, conventional wisdom says that math is a subject in which the more talented students are expected to excel, leaving classmates who are simply “not math people” behind. To be honest, I began the school year with that very assumption. It seemed a sure bet that those for whom things came easily would continue to outpace their classmates. In fact, I expected that the achievement gap separating the naturals from the rest of the class would only widen over time.

I’d been distracted by talent.

Gradually, I began to ask myself hard questions. When I taught a lesson and the concept failed to gel, could it be that the struggling student needed to struggle just a bit longer? Could it be that I needed to find a different way to explain what I was trying to get across? Before jumping to the conclusion that talent was destiny, should I be considering the importance of effort? And, as a teacher, wasn’t it my responsibility to figure out how to sustain effort—both the students’ and my own—just a bit longer?

At the same time, I began to reflect on how smart even my weakest students sounded when they talked about things that genuinely interested them. These were conversations I found almost impossible to follow: discourses on basketball statistics, the lyrics to songs they really liked, and complicated plotlines about who was no longer speaking to whom and why. When I got to know my students better, I discovered that all of them had mastered any number of complicated ideas in their very complicated daily lives. Honestly, was getting x all by itself in an algebraic equation all that much harder?