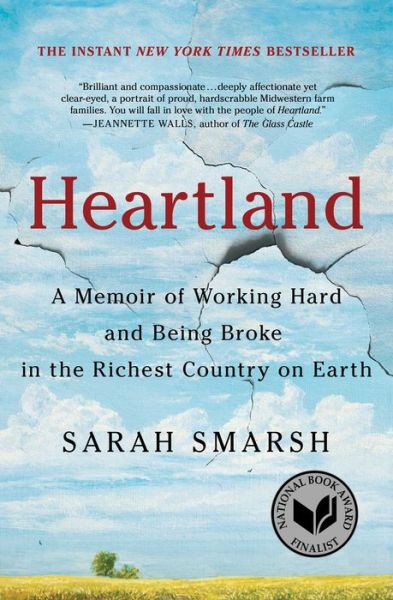 THE SHAME A COUNTRY COULD ASSIGN

A couple days a week, after my parents’ divorce and our move to Wichita, Dad drove us to school in the enormous white 1970s Oldsmobile we’d grown up with. By then it was dented and had a sagging muffler, and you could hear its diesel engine from a block away. Matt was in kindergarten and would duck down on the maroon velour seat so that the kids outside the school wouldn’t see him in such a jalopy. I was in fourth grade, old enough to keep my head up for Dad’s sake, but sometimes I wanted to hide, too.

Psychologists say shame developed as an evolutionary function to curb bad individual behavior that could harm the group. But modern society has a way of shaming some people for no crime other than being born. Your original sin, the one I know well, would have been being born in need of economic help.

In the United States, the shaming of the poor is a unique form of bigotry in that it’s not necessarily about who or what you are—your skin color, the gender you’re attracted to, having a womb. Rather, it’s about what your actions have failed to accomplish—financial success within capitalism—and the related implications about your worth in a supposed meritocracy.

Poor whiteness is a peculiar offense in that society imbues whiteness with power—not just by making it the racial norm next to which the rest are “others” but by using it as shorthand for economic stability. So while white people of all classes hate or fear people of color for their otherness, better-off whites hate poor whites because they are physically the same—a homeless white person uncomfortably close to a look in the mirror.

A higher percentage of people of color are poor. Meanwhile, population numbers being what they are, in the United States there are more white people in poverty than any other group. These two facts exist simultaneously and are not in competition, but the way our country talks about class and race would have you believe that only one of them can be true. For my family, the advantage of our race was embedded into our existence but hard for us to perceive amid daily economic struggle.

It was hard to see in the news and pop culture, too. The books I most identified with as a child were written in the nineteenth century. I saw many white girls on television, but I rarely recognized myself in their stories. When I did see my place or people, they were usually represented as caricatures.

To be made invisible as a class is an invalidation. With invalidation comes shame. A shame that deep—being poor in a place full of narratives about middle and upper classes—can make you feel like what you are is a failure.

No one around me articulated these things, let alone complained about them. The worker who feels her poor circumstances result from some personal failure is less likely to have a grievance with a boss, policy, or system and is less likely to protest, strike, or demand a raise. Further, the Midwestern Catholic ethos that surrounded me as a child defaulted to silence. Our sense that our struggles were our own fault, our acceptance of the way things were, helped keep American industry humming to the benefit of the wealthy.

But the source of the shame I felt was not my own sin. It was our national disdain for anyone in financial need, which is spelled out in the laws of this country.

The clearest evidence for America’s contempt toward the struggling might be in its approach to welfare programs, framed by public policy and commentary as something so detestable that my family refused to apply when they qualified.

When I was in middle school, Bill Clinton took office and helped usher in an era of “welfare reform” that emphasized personal responsibility. Federal legislation allowed states to require that recipients pee in a cup for drug tests; sign forms pledging that they wouldn’t conceive children while receiving benefits; do volunteer work to “give back” to the society they were supposedly mooching off; have their personal information entered into databases accessed by cops; have their Social Security numbers checked against criminal records.

With that reform, discretion in dispersing funds was turned over to state governments. Some states chose to withhold monies from the poor to instead fund, say, marriage workshops attended by middle-class people, in the interest of promoting family values that were surely the cure for poverty.

In 1994, California created a costly electronic fingerprinting system for welfare recipients. It was unnecessary and would lose more money in surveillance than it gained in busting fraud, experts warned, but lawmakers were more interested in sending a message than in saving money.

The poor heard that message, loud and clear, across the country. For the next two decades, the number of people on welfare plummeted, even as need for assistance did not.

When I was an adult, the Kansas legislature passed a law forbidding using cash assistance to buy tickets for ocean cruises, as though poor people are notorious for spending weeks in the Bahamas on taxpayers’ dimes. The same law limited the amount recipients could access as cash; regardless of their total monthly allotment, they could take out only $25 at a time via an ATM. It was a needless measure that benefited private banks contracting with the state, since every card swipe racked up a fee. Where once poverty was merely shamed, over the course of my life it was increasingly monetized to benefit the rich—interest, late fees, and court fines siphoned from the financially destitute into big bank coffers.

Meanwhile, Americans in the late twentieth century clung to the economic promise that reward would find those who worked hard. Society told us that someone in a bad financial situation must be a bad person—lazy, maybe, or lacking good judgment.

“Get a job,” Grandma would say when we saw a homeless man with a cardboard sign at a Wichita intersection.

If your life was a mess, we thought, you brought it on yourself. You got what you had coming to you. We didn’t buy excuses. Either you had your act together or you didn’t.

My family didn’t have its act together, of course, but then plenty of middle- and upper-class families didn’t either. The difference was that we stood to pay more for our errors than did wealthier Americans who made the same mistakes.

On that last point, as a young girl I gleaned from cultural attitudes that the answer was yes. While it was locally accepted, to some extent, broader society hated the idea of a girl like me getting pregnant. Maybe it was because of the financial repercussions of having a child. But the shaming attitude about what my body might do sure felt personal.

For decades during the first half of the twentieth century, thousands of poor white girls were punitively sterilized by state eugenics programs that later targeted mostly black and Native American girls. Eugenicists said that genetic defects caused poverty and that sexual promiscuity among poor white females would sully the race.

America has an idea that people in poverty make sketchy decisions, but everyone does. The poor just have less room for their errors, which will be laid bare in public for need of help. The teenager’s child will eat free school lunch on the taxpayer’s dime; the drunk will beg on a sidewalk; the gambler will quickly go into debt and need bailed out.

When Grandma Betty confessed to me that she’d briefly gone on welfare half a century prior, she said it in the tone of a guilty convict.

Heartland: A Memoir of Working Hard and Being Broke in the Richest Country on Earth
Sarah Smarsh
Shop Now