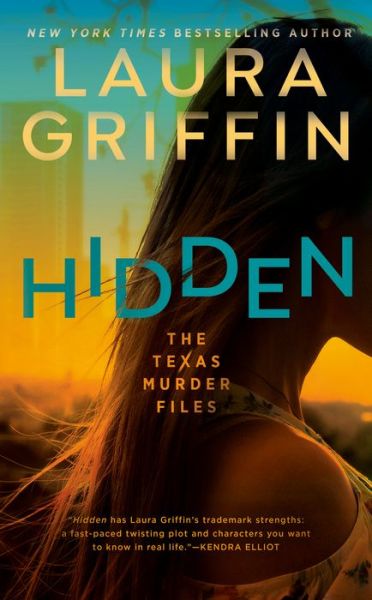 BAILEY RAN THE yellow light and slowed down as she neared the police station.

A man on a scooter sailed into the intersection, and Bailey slammed on the brakes.

Bailey waited as another scooter buzzed through the intersection, probably on the way to Sixth Street, Austin’s hub for nightlife. A hatchback pulled out of a metered parking space ahead, and Bailey put on her blinker to claim the spot.

“Max?” she asked, passing the space and then zipping backward into it.

“Yeah, I’m still reading. I mean, I get that it’s early in the investigation, et cetera, et cetera, but they hardly told us anything. What about her ID?”

Bailey flipped down the mirror. Her makeup was practically gone now, and her hair was all over the place. She twisted it into a bun and tucked her curls behind her ears.

“What about age? We’ve got sixty thousand college kids in this town, half of them female, and half of those probably use the lake trail. Was this a sexual assault?”

“Is it related to the string of muggings last month? Maybe a robbery that got out of hand?”

“I asked that, but they said it’s too soon to tell. I put the quote there in the second-to-last paragraph.”

“And she was recovered from the water, right?”

Bailey grabbed her purse and got out of the car. The rain had let up, and people who had been holed up inside all day looked to be out in full force now.

“Well, was she drowned? Dumped? Thrown off a bridge?” Max sounded frustrated. “Is it a suicide?”

She waited for a break in traffic and jogged across the street. A block ahead was the police station. All the metered spaces in front were taken. She passed several cars and spotted a black Chevy Silverado just up the street. According to Bailey’s source in dispatch, Detective Merritt drove a black Chevy pickup.

“We need a follow-up,” Max said, “and it needs to have a lot more in it than what you’ve got here.”

“I’ve got you budgeted for A-1, but we need some meat on the bone. And get some better quotes. This PR flack is terrible.”

“Check in tomorrow and let me know how it’s going.”

Bailey tucked her phone away as she neared the entrance to the station. A pair of cops emerged and headed to a patrol unit parked along the curb. Bailey watched the double doors as people streamed in and out—civilians, uniforms, plainclothes detectives. By the volume of people, it looked like they were having a shift change. Bailey found a concrete bench near the black pickup and sat down to wait.

Her stomach rumbled. She hadn’t been home since Max had sent her out on the gas station story, and she hadn’t eaten in twelve hours. She dug through her purse and came up with a pack of cherry Life Savers. She popped two into her mouth and swished them around.

Jacob Merritt stepped through the door, and Bailey’s senses went on alert. She didn’t move—just watched him from afar. He was tall, with broad shoulders and excellent posture. He moved with the smooth confidence of an athlete, and she wondered what sport he might have played once upon a time. She could see him on a pitcher’s mound, staring down a batter. Or maybe reaching up to pluck a football from the air before sprinting to the end zone.

She stood and walked toward him, catching his notice as he reached the truck. She saw a flicker of surprise in his expression, but then it turned wary.

He tipped his head to the side and regarded her with curiosity. Maybe he wasn’t used to being accosted by disheveled reporters after work.

“I’m guessing you’ve had a long day. Thought I’d see if I could buy you a beer?”

She tried not to react as he gazed down at her.

“I wouldn’t mind something to eat, though.” He looked over her shoulder. “Ever been to Paco’s?” He nodded at the food truck parked down the street.

He opened his locks with a chirp and tossed a backpack into the back seat of the pickup, watching her as he did it. He had deep brown eyes. Trustworthy eyes. He shut the door and turned to face her, and she felt a flutter of nerves.

His gaze narrowed, and she thought he might make an issue of it. But instead he locked up and slid the keys into the pocket of his leather jacket. He started walking toward the taco truck, and she fell into step beside him, noticing the bulge under his jacket. She couldn’t imagine carrying a gun all the time.

“You always work this late?” he asked.

“I’m on weekends this month.”

“Sort of. Also has to do with seniority. I’m low in the pecking order, so I work a lot of Saturdays and holidays.”

They neared Paco’s, which occupied the corner of a parking lot. The air smelled of grilling onions, and beside the truck was a picnic area festooned with Christmas lights. It looked like Paco’s business was based on the steady flow of people coming and going from the bar district. A cluster of college-age guys in T-shirts and baseball caps read the menu board and placed a semicoherent order.

When Bailey and Jacob reached the window, he gestured for her to go first.

“Chips and salsa and a Coke,” she told the attendant.

He ordered a beef-and-cheese taco basket and a water. He took out his wallet, and Bailey held out some cash, but he waved her off.

She claimed an empty picnic table beneath a swag of rainbow lights, and Jacob scanned the area with a sharp look before sitting down across from her.

Jacob’s gaze settled on her as she sipped her soda. It was cold and syrupy, and she didn’t realize how thirsty she’d been.

He was watching her with a look she couldn’t read. He had strong cheekbones and thick stubble along his jaw, which was exactly her thing, and she wished they were on their way to a bar together tonight instead of working.

He took a sip of water, then set the bottle on the table and looked at her expectantly. “Well?”

“I’m waiting for the questions.”

“Relax. I already filed my story.”

He lifted an eyebrow skeptically and unwrapped his food.

“I will say your PR guy was pretty tight-lipped.”

“Yep.” He chomped into his taco, and she watched the muscles of his jaw as he chewed.

“The autopsy’s tomorrow. We’ll have something official then.”

He just looked at her, and Bailey tamped down her frustration.

“You mean she didn’t have one with her? Or you didn’t find her prints in the system?”

Bailey tipped her head to the side. He’d just told her a lot, and she wondered if he realized it. The fact that they could even get prints from the victim meant she couldn’t have been in the water that long.

He sighed and looked at her. “Anyone ever tell you you’re very stubborn?”

She smiled. “Yes. But not usually in those words.”

He crumpled his foil wrapper and dropped it into the carboard tray. “She had no ID on her,” he said. “No phone, no money, no keys.”

Finally, she was getting somewhere. “And does it look like she was jogging on the trail when it happened?”

“A lot of people don’t take valuables with them when they exercise. Still . . . you’d expect her to at least have a key with her, right? To a car or an apartment, if she lived close.”

“You think this is related to the muggings from last month?” she asked. “Maybe the assailant is escalating?”

“Or maybe someone took her keys and stole her car?”

“What about timing?” she asked.

“Well, the trail is a high-traffic area.”

“Yeah, that’s my point. Maybe it happened last night or this morning, before all the rain, and that’s why no one found her until this evening?”

“The juice bar is open seven to seven,” she said. “But Alvaro said he didn’t hear any gunshots.”

“You interviewed Alvaro?” He sounded ticked off.

“He also didn’t see any unusual cars parked behind the shop today. When the other lots get full, people sometimes park there and use the cut-through to the trail.”

Jacob finished off his taco and didn’t offer to support or refute anything she’d said.

“So, you still haven’t nailed down the time frame?” she asked.

“The ME should be able to help with that.”

Bailey itched to get out her notepad and write all this down, but she sensed he’d clam up on her. She was lucky to have him here at all. She munched on her chips and decided to change the subject for a while.

“Can I ask you something?”

“Does it matter if I say no?” He smiled slightly, and she got a warm flutter in the pit of her stomach.

“I’ve been covering the crime beat for almost a year. How come I haven’t crossed paths with you?”

But something told her he did know. He seemed like the type who avoided reporters at all costs. Some cops liked to talk to the media, and they got all puffed up when they were interviewed—especially by a woman. Others said nothing and directed questions to the PR people.

A whoop went up across the street, and Bailey turned to see a pair of young-looking guys laughing and shoving back and forth. They seemed to be vying for the attention of two blond girls climbing into a pedicab.

Bailey turned around, and Jacob was watching the scene. She tried to guess what he was thinking. Was he wondering whether each of those people was going to make it safely home tonight? After years as a cop, was he able to see people out having fun without thinking of all the ways things could go wrong in a heartbeat?

There was no way he could do his job without becoming at least a little jaded. Her job was like that, too, and she felt an odd connection with him.

“It was weird being there today,” she said.

“The lake.” She cleared her throat. “I’m down there almost every day. Seeing the ME’s van pull up . . .” She shook her head, and Jacob’s brow furrowed with concern.

His phone buzzed, and he pulled it from his pocket, glancing at the screen before answering. “Hey, what’s up?” he said, turning so she couldn’t eavesdrop.

Bailey watched him, and she had the distinct impression he was talking to a woman. She didn’t know why, or why it would matter one way or another.

“Okay.” He glanced at Bailey, his expression grim. “I’ll be there.” He ended the call and stood up. “I need to go. Where are you parked?”

“Where are you parked?”

She sighed. “Just down the block.”

They pitched their trash and headed back without talking, and Bailey stopped beside her car.

He pulled a business card from his wallet and handed it over, surprising her. Maybe she’d made some progress after all.

His sharp tone startled her, and she tried to read the look in his eyes.

“It’s really bad, isn’t it? What happened to her? That’s what you’re telling me,” she said.

“I’m not telling you anything.”

He looked at her for a long moment, then gave a slight nod. “Just be careful.”