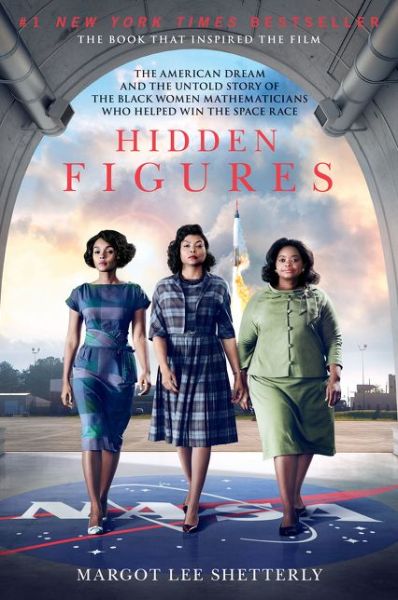 The shuttle bus made the West Side rounds, stopping to deposit Dorothy at the front door of an outpost called the Warehouse Building. There was nothing to distinguish the building or its offices from any of the other unremarkable spaces on the laboratory’s register: same narrow windows with a view of the fevered construction taking place outside, same office-bright ceiling lights, same government-issue desks arranged classroom style. Even before she walked through the door that would be her workaday home for the duration, she could hear the music of the calculating machines inside the room: a click every time its minder hit a key to enter a number, a drumbeat in response to an operations key, a full drumroll as the machine ran through a complex calculation; the cumulative effect sounded like the practice room of a military band’s percussion unit. The arrangement played in all the rooms where women were engaged in aeronautical research at its most granular level, from the central computing pool over on the East Side to the smaller groups of computers attached to specific wind tunnels or engineering groups. The only difference between the other rooms at Langley and the one that Dorothy walked into was that the women sitting at the desks, plying the machines for answers to the question what makes things fly, were black.

The white women from the State Teachers College across from Dorothy’s house in Farmville, and their sisters from schools like Sweetbriar and Hollins and the New Jersey College for Women, performed together in the East Area computing pool. In the West Area computing office where Dorothy was beginning work, the members of the calculating machine symphony hailed from the Virginia State College for Negroes, and Arkansas AM&N, and Hampton Institute. This room, set up to accommodate about twenty workers, was nearly full. Miriam Mann, Pearl Bassette, Yvette Brown, Thelma Stiles, and Minnie McGraw filled the first five seats at the end of May. Over the following six months, more graduates of Hampton Institute’s Engineering for Women training class joined the group, as well as women from farther afield, like Lessie Hunter, a graduate of Prairie View University in Texas. Many, like Dorothy, brought years of teaching experience to the position.

Dorothy took a seat as the women greeted her over the din of the calculating machines; she knew without needing to ask that they were all part of the same confederation of black colleges, alumni associations, civic organizations, and churches. Many of them belonged to Greek letter organizations like Delta Sigma Theta or Alpha Kappa Alpha, which Dorothy had joined at Wilberforce. By securing jobs in Langley’s West Computing section, they now had pledged one of the world’s most exclusive sororities. In 1940, just 2 percent of all black women earned college degrees, and 60 percent of those women became teachers, mostly in public elementary and high schools. Exactly zero percent of those 1940 college graduates became engineers. And yet, in an era when just 10 percent of white women and not even a full third of white men had earned college degrees, the West Computers had found jobs and each other at the “single best and biggest aeronautical research complex in the world.”