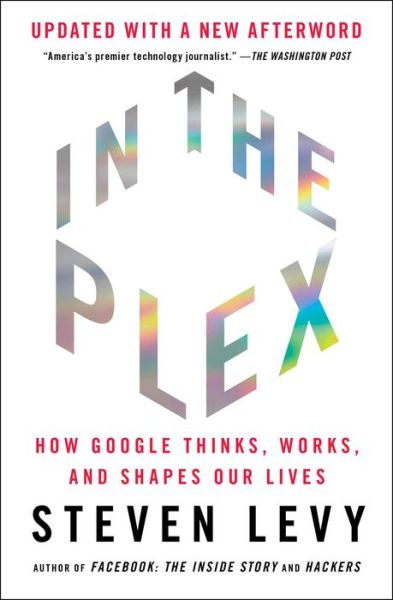 Google CEO Eric Schmidt called it “the hiding strategy.” It was Google’s biggest secret, maybe even better protected than the secrets behind search. Those who knew the secret—virtually everyone working at Google—were instructed quite firmly to keep their mouths shut about it. Outsiders who suspected the secret were given no winks of confirmation. What made this information easier to keep is that almost none of the experts tracking the business of the Internet believed that Google’s secret was even possible.

What Google was hiding was how it had cracked the code to making money on the Internet. Google had invented one of the most successful products in corporate history, and the company was swimming in black ink.

David Krane, who joined Google in 2000 as one of its first press reps, was charged with maintaining the hide and thwarting the seek. Every company he’d ever worked for previously had been more than eager to emphasize the positive when it came to financial results. But at Google, his job was misdirecting journalists away from good news. “We’d cracked one of the unsolved puzzles on the Internet—making money at scale in a way that users embrace,” says Krane. “The longer we could avoid other companies figuring that out, the better.”

The secrecy dovetailed with Larry Page’s hardwired secret-keeping in any case, but Schmidt, who’d joined Google in 2001, had made this covertness a top priority. The new CEO was worried about Microsoft. In the 1990s, at Sun Microsystems and then as leader of the networking company Novell, Schmidt had seen what happened when the 800-pound gorilla of high tech had awakened to a threat to its livelihood, the Internet. Now the scope of Google’s success put search into that category; Microsoft just didn’t know it yet. Sooner or later the beast would awake, but Schmidt preferred it to do so later.

The hiding ended on April 1, 2004. As a consequence of going public, the company was required to share its internal information with the bankers who would potentially handle the IPO. Google’s finance people had gathered the bankers in its headquarters, then located in Mountain View. On the eve of the meeting, chief financial officer George Reyes and Lise Buyer, the director of business optimization, came up with a plan to reveal the secret Google style.

Opening the meeting, Reyes welcomed them. Since the bankers had taken a big gamble by signing on without seeing the bottom line, he said, he’d go straight to the numbers. Then he put up slides with some figures. “You could hear a pin drop,” Buyer would later recall. The slides indicated that Google was indeed making pretty good profits. Not earthshaking but more than respectable, especially for an Internet business offering a free service supported only by ads. The bankers listened politely, but you could tell that they’d heard chatter that things had been, well, better than good, and they were apparently doing some mental recalculations.

Then Reyes told the bankers he was sorry, but he’d mistakenly put up the wrong slide. Could he display the real numbers? A balance sheet appeared with more than double the revenues and profits on the previous slide. It exceeded even the wildest expectations. April fool!

“George was flawless,” says Buyer. “It was a beautiful moment.”

As was typical with start-ups, Google was slow out of the gate in generating revenues, but sometime in 2001, net revenues jumped, finishing at $86 million, more than a 400 percent jump from 2000. Then the rocket ship blasted off. Google took in $347 million in 2002, just under a billion dollars in 2003, and 2004 was on track to nearly double that. Profits were equally impressive. The 2001 ledger was over $10 million in the black. By 2002 there was a profit of more than $185 million. From that point, profits fluctuated because of huge expenditures in hiring and infrastructure—basically, Google was building the scaffolding to become an Internet behemoth. And its dizzying revenues made it clear that it could afford to do so.

Everyone knew how amazing Google’s search technology was. But if you were a banker in that room, you were thinking that the magical ability of Google to find obscure facts on the web was nothing compared to its much more fantastic achievement in building a money machine from the virtual smoke and mirrors of the Internet. In addition, by applying its algorithmic, datacentric approach to economics, Google had quietly begun a revolution that would transform and upheave the worlds of media and advertising.

What was really mind-boggling was that this came from a company that had begun with no idea how to make a buck.

In the Plex: How Google Thinks, Works, and Shapes Our Lives
Steven Levy
Shop Now