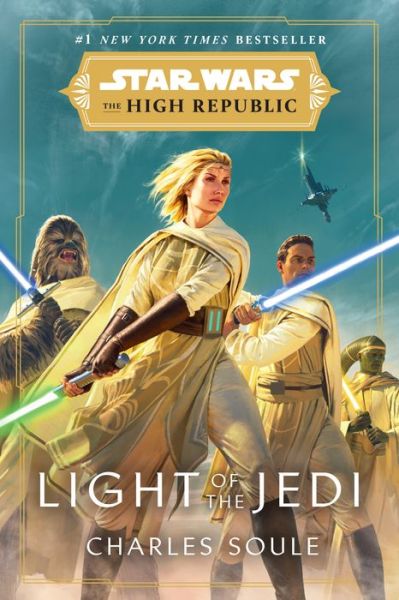 A vessel appeared in the Hetzal system, leaping out of hyperspace and rapidly slowing as it returned to conventional speeds. It was deeply sunward, and the gravity wells it needed to navigate would rip a lesser ship apart, or even this one, if its bridge crew did not represent the best the Republic had to offer.

The ship was the Third Horizon, and it was beautiful. The ship’s surfaces rippled along its frame like waves on a silver sea, tapering to a point, with towers and crenellations along its length, like a fortress laid on its side, all wings and spires and spirals. It spoke of ambition. It spoke of optimism. It spoke of a thing made beautiful because it could be, with little consideration given to cost or effort.

The Third Horizon was a work of art, symbolic of the great Republic of worlds it represented.

Smaller vessels began rolling off berths on the ship’s hull, peeling away like flower petals in a breeze, darting specks of silver and gold. These were the craft of the Jedi Order, their Vectors. As the Jedi and Republic worked as one, so did the great ship and its Jedi contingent. Larger ships exited the Third Horizon’s hangars as well, the Republic’s workhorses: Longbeams. Versatile vessels, each able to perform duties in combat, search and rescue, transport, and anything else their crews might require.

The Vectors were configured as single- or dual-passenger craft, for not all Jedi traveled alone. Some brought their Padawans with them, so they might learn what lessons their Masters had to teach. The Longbeams could be flown by as few as three crew, but could comfortably carry up to twenty-four—soldiers, diplomats, medics, techs—whatever was needed.

The smaller vessels spun out into the system, accelerating away from the Third Horizon with purpose. Each with a destination, each with a goal. Each with lives to save.

On the bridge of the Third Horizon, a woman, human, stood alone. Activity churned all around her, in the arched spaces and alcoves of the bridge, as officers and navigators and specialists began to coordinate the effort to save the Hetzal system from destruction. The woman’s name: Avar Kriss, and for most of her three decades or so, a member of the Jedi Order. As a child, she came to the great Temple on Coruscant, that school and embassy and monastery and reminder of the Force connecting every living thing. She was a youngling first, and as her studies advanced, a Padawan, then a Jedi Knight, and finally…

This operation was hers. An admiral named Kronara was in command of the Third Horizon—itself part of the small peacekeeping fleet maintained by the Republic Defense Coalition—but he had ceded control of the effort to save Hetzal to the Jedi. There was no conflict or discussion about the decision. The Republic had its strengths, and the Jedi had theirs, and each used them to support and benefit the other.

Avar Kriss studied the Hetzal system, projected on the flat silver display wall in the bridge by a purpose-built comms droid hovering before it. The images were a composite gathered from in-system sources as well as the Third Horizon’s sensors. In green, the worlds, ships, space stations, and satellites of Hetzal. Her own assets—the Vectors, Longbeams, and the Third Horizon itself—were blue. The bits of hot death moving through the system at incredible speed, source and nature as yet unknown, were red. As she watched, new scarlet motes appeared on the display. Whatever was happening here, it was not yet over.

The Jedi reached to her shoulder, where a long white cape was secured by a golden buckle made in the shape of her Order’s symbol—a living sunrise. This was ceremonial clothing, appropriate for the joint Jedi–Republic conclave the Third Horizon had attended at the just now completed, galaxy-changing space station called Starlight Beacon. Now, though, considering the task at hand, the ornamental garments were a distraction. Avar tapped the buckle and the cape released. It slipped to the ground in a puddle of fabric, revealing a simpler white tunic beneath, ornamented in gold. At her hip, in a white sheath, a metal cylinder, a single piece of sleek silver-white electrum, like the handle of a tool without the tool itself. Along its length, a spiraling incised line of bright-green seastone, serving as both grip and ornament, running up to a crossguard at one end. A weapon, with which she was skilled—but she would not need it today. The Jedi’s lightsabers would not save Hetzal. It would be the Jedi themselves.

Avar sank to the ground, settling herself, legs crossed. Her shoulder-length yellow hair, seemingly on its own, moved back and away from her face. It folded itself into a complex knot, a mandala, the creation of which was itself an aid to focus. She closed her eyes.

The Jedi Master slowed her breathing, reaching out to the Force that surrounded her, suffused her. Slowly, she rose, ceasing once she floated a meter above the deck.

Around the bridge, the crew of the Third Horizon took notice. They nodded, or smiled faintly, or simply felt hope bloom, before returning to their urgent tasks.

Avar Kriss did not notice. There was only the Force, and what it told her, and what she must do.