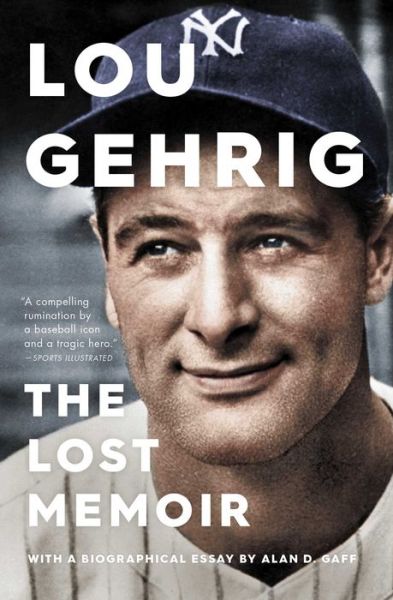 The greatest kick that comes to any young fellow breaking into the big leagues is when he makes his first real trip around the circuit. You may hang around a ball club for weeks and weeks seeing the players every afternoon on the bench, but it’s not until you’ve lived with them and eaten with them and slept with them that you really feel you “belong.”

During my college days, Tris Speaker was always my idol outside of the Yanks. In 1923 I made my first trip around the circuit, and Cleveland was our first stop. I was sitting on our bench, listening to the chatter, when Speaker happened along.

He stopped to talk to Babe, and I edged over towards them.

I guess I must have acted like a little kid wanting to get a baseball signed, for the Babe noticed me.

“What’s th’ matter, kid?” he asked. “Scared of this old leather neck? Guess you’ve got his goat, Tris,” he said turning to Speaker.

“Spoke,” as they called the great center fielder with the gray hair, just grinned.

“I hear you’re the new kid who is going to make the Babe’s record look like a Swiss cheese,” he said. “I hope you do. He’s getting entirely too fresh,” and Spoke jabbed Babe in the ribs as he said it.

A little later, we were taking batting practice, and I happened to get hold of one. The right field wall in the Cleveland park is about 30 feet high, and I hit that ball pretty well. It hit the wall on a line and bounced back almost to second base.

It was the first encouraging word I had ever had from anyone on another club, and I’ll never forget it. Tris Speaker is a friend of mine forever, for that little word. I’ll always have a soft spot for “Spoke.”

Another star who treated me mighty well in those early days was Eddie Collins. Eddie, like myself, came from Columbia, and he’s about the most famous athlete the school ever turned out. I never had seen him or met him, but I had seen his picture so often and heard so many stories about him that I recognized him the minute he came through the dugout.

Eddie is one of the most popular men who ever put on a uniform, and he always stops to talk a bit with the visiting players. I was sitting at one end of the dugout while he talked to Sam Jones and Bob Shawkey. He looked over and spied me. I hadn’t the slightest idea that he even knew who I was. But he did.

“Hello, Columbia,” he said and came over and sat down.

We talked for a long time, not baseball but a variety of things. Percy Haughton had just taken over the football job at Columbia then, and Eddie was interested. He asked about Haughton, and he inquired about Walt Koppisch, and Ben Roderick, and Pease and several of the other boys—who were then the big guns in Columbia football.

And don’t think Eddie didn’t know his football. A lot of people have an idea that chaps like Collins think only in terms of baseball. Eddie talked football, and he talked politics. He talked about college courses too and told me that someday his two boys would enroll at Columbia.

We chatted for ten or fifteen minutes, and when he left, he shook hands. “Luck to you,” he said. “The more college men we can get into this game, the better it is. Don’t get discouraged if you don’t get all the breaks at once, and just remember that baseball is like a course in college. You’ve got to do a lot of studying if you want to get a passing mark. Give my regards to Professor Stockder when you see him. And keep your head up, boy. You’ll make the grade.”

From that day to this, Eddie Collins has been on my list of great fellows. He’s a wonder.

A lot has been written in the newspapers from time to time about a Gehrig-Cobb feud. It always gives me a laugh.

Ty Cobb is one of the fieriest ballplayers I ever saw or ever expect to see. And one of the best. Off the field, he’s a soft-spoken, good-natured sort of fellow. On the field, he’s a fighter who doesn’t give an inch. He fights for everything, and he wants everyone to fight back.

A lot of unkind things have been written and said about Ty Cobb. Like John McGraw and other men of that type, Cobb’s attitude is a challenge to the fans. He’s always cock-sure of himself, and he isn’t afraid to show it. Ty likes to ride young players. He got a lot of riding when he broke in to the league, and he figures everyone else should get it too. He was “on me,” as they call it, from the moment I joined the club. Every time we met the Tigers, I was Ty’s own special property, and the things he used to say to me out there on the diamond would have me boiling.

The tamest thing he called me was a “fresh busher,” and from there he climbed upward. And he never quit. “You think you’re a ballplayer,” he said one day at the Stadium. “All you can do is hit that ball. If you’re a ballplayer, I’m the ‘King of Siam.’ ” And he said it in a nasty tone of voice.

Once in 1925, when I was getting in the game only now and then, I went to Huggins and asked him to get waivers on me and send me to the minors, where I could play regularly.

Cobb, then Detroit’s manager, apparently heard about it. For the next time I saw him, he came over where I was.

“So you want to go to the minors do you,” he opened up. “Say, listen, rookie, you’ll never get away from me. I’ll claim you, and when I get you, I’ll send you to China, where it’ll take the rest of your life to get back.”

The real laugh, though, happened at Detroit one day when I was on first. Cobb came rushing over, swinging his arms and apparently calling me all sorts of names. The fans thought he was going to fight, and they began riding him all over the park. All the time, Ty stood there with his jaw stuck out, his fist clenched, and his arms swinging.

And what he was really saying all the time was this:

I’ve laughed about that a lot of times. And I laughed most when my mother got hold of the paper and read that Cobb and I had been near coming to blows.

She saved the paper to show me when I came home, and, like all mothers, she wanted me to promise her that I wouldn’t get into any fights.

Cobb is one of my best boosters today. When I finally got a job as a regular, he was one of the first men in the league to congratulate me. And many times he has gone out of his way to show me little tricks in hitting and in base running—tricks that only Cobb can show.

Ty has been panned a lot. But he’s a great fellow. And just remember this. When he is showing all that fight out there on the field, it’s because he believes baseball should be played that way. And off the field, he’s a fine fellow, affable, kindly, and as fair as they come. And if you want a real treat, get Cobb in a visiting mood sometime and listen to his wonderful ideas on raising children. Or his opinions on books, art, the stock market, or nearly any subject you choose.

He gets terribly serious if you once get him started on one of his favorite subjects, which, by the way, includes Babe Ruth. It would be surprising to many people to hear the way Ty praises Babe’s all-around work. Not alone his home run hitting. Even Babe says “bunk” when anyone tells him. But getting back to my own case, Tyrus Raymond Cobb rode me plenty. And I rode him back as best I could. But right now, I consider Ty Cobb one of my best friends in baseball.

You can talk about pitchers until you’re blue in the face, but when you’ve said everything there is to say and argued everything out to the finish, it all comes back to one man.