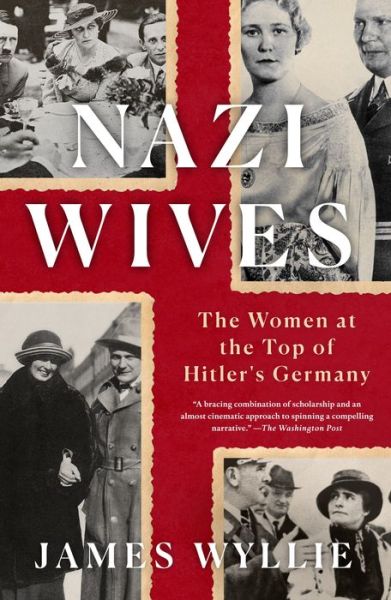 During the summer of 1930, the recently divorced Magda Quandt was looking for something to do. Her ex-husband had granted her a generous settlement: a spacious apartment in a fashionable part of Berlin, a healthy allowance and access to his country estate. Magda was sophisticated, multilingual, well-travelled, elegant, poised, at ease in elevated company and never short of male admirers; a life of gilded leisure beckoned.

She’d met her ex-husband, Gunther Quandt, in 1919 when he was 37 and she was 18. They spent a train journey together as she travelled from Berlin back to the elite finishing school she’d entered that year after passing her Abitur. Quandt was so overwhelmed by her that he kept showing up at Magda’s college until they were granted sufficient time alone together for him to propose marriage. Flattered by the attention of such a successful man – Quandt had interests in textiles, chemicals and automobiles, including a controlling stake in BMW – Magda accepted. After a short grace period, they wed on 4 January 1921.

Magda’s sudden plunge into married life suggested that she was seeking security after a disjointed childhood. Her mother divorced her father, an engineer, when Magda was 3, then remarried two years later. Magda’s stepfather was a Jewish businessman whom she adored. The family moved to Brussels and Magda was sent to a strict Catholic convent school.

In 1914, Magda returned to Germany and was enrolled in a Gymnasium. During the war, her mother separated from Magda’s stepfather. As a result, Magda was reunited with her biological father, who introduced her to Buddhism, while the older brother of a Jewish schoolfriend gave her a crash course in Zionism. Her genuine interest in both these wildly different philosophies withered when she became a housewife.

Magda inherited Quandt’s two children from his first marriage. The couple then adopted three orphans, and in 1922 Magda gave birth to a son named Harald. Suddenly in charge of a large household and the servants that went with it, Magda did her best to cope while her husband focused on accumulating more and more wealth, locking himself in his study night after night, devising new ways to exploit Germany’s see-sawing economy.

Quandt’s idea of a good evening out was a formal dinner dance and home by ten; Magda was a stunning, lively young woman aching to sample what Berlin had to offer. The capital boasted the most spectacular and varied night-life in Europe, but Magda had to drag her heels at home. Perhaps sensing her restlessness, Quandt took her to London and Paris and together they made several transatlantic trips; a vacation to the USA and Mexico, and a longer visit to the east coast that combined business with pleasure; Magda was in her element, playing her part to perfection.

But opening Magda’s eyes to the wider world only made the restricted nature of her Berlin existence more apparent. To make matters worse, her stepson – who was entering late adolescence – had developed a serious crush on her. Aware of the danger, Quandt and Magda decided to send him away to Paris to study. Shortly after his arrival there he was rushed into hospital suffering from acute appendicitis; sepsis set in following a botched operation, and within a few days he was dead.

The fraying connection holding the marriage together snapped. Soon after, Magda embarked on a torrid love affair with a young student. There are several competing theories about who he was, but no concrete evidence to support them. But those close to Magda agreed it was far more than a casual fling; she tried to break it off but couldn’t, her feelings too strong to control. Quandt found out and divorce beckoned. Facing the prospect of losing everything – the divorce laws were heavily weighted towards the husband, especially if he was the injured party – Magda accidentally discovered some of Quandt’s old love letters and used them to divert attention away from her and on to him. Fearing public embarrassment, Quandt gave her what she needed to continue living in style.

But Magda was dissatisfied and lacking purpose. Previously, she hadn’t given much thought to politics, but in Berlin it was impossible to ignore the daily clashes between the Nazis and their opponents. Urged on by several friends, Magda attended a large Nazi rally where the main attraction was Joseph Goebbels.