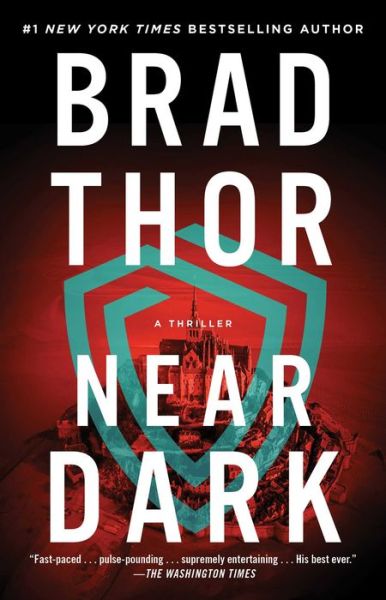 Harvath knew better than to fight inside the bar. There were too many things that could go wrong. There were also too many witnesses—any number of whom could have whipped out a phone, filmed what was taking place, and posted it to the internet, or worse—shared it with the police, who would share it with a jury. No matter how justified Harvath might have been, his fighting style was brutal. For average people unaccustomed to violence, it was difficult to watch and would win him little, if any, sympathy in a courtroom. It wouldn’t matter who had started the fight, all a transfixed jury would be focused on was how he had ended it. Taking it outside was the smart move.

Whoever these a-holes were, he was going to make them pay for everything bad that had happened to him.

It didn’t matter that they had nothing to do with any of it. They were begging for an ass-kicking and ass-kickings happened to be one of his specialties. Suggesting the bartender call for two ambulances wasn’t hyperbole, it was a courtesy. He was going to beat the crap out of both of them. The sooner they got this over with, the better.

The night was thick with humidity as they squared up behind the building. Harvath did a quick scan for any cameras he may have missed, as well as for any stray items that might get picked up and used as weapons. Nothing. It was time to get to work.

Already taunting him with a string of insults, the smaller of the two men had made a critical error. Puffing out his chest, he had also foolishly raised his chin. Harvath stepped right in and delivered a devastating throat punch.

The man’s hands reflexively flew to his neck as he stumbled backward, struggling to breathe.

Harvath spun to face the guy’s partner, but didn’t move fast enough. The larger man had already shifted to the left and landed a massive punch to the side of his head that caused him to see stars. He felt his knees buckle as he fell to the ground.

It was a stupid mistake. Harvath should have seen it coming, but his rage and his ego had gotten the better of him. He had been overconfident and now he was in trouble. Big trouble.

In a street fight the ground was the deadliest place to be. His opponent, well aware that he had the upper hand, took full advantage; kicking him over and over as hard as he could.

Within the first couple of kicks, the smaller man—having recovered his ability to breathe—reappeared and put the boot to him as well. It would only be a matter of time before one of them began kicking him in the head. Once that happened, the fight would be over. Harvath had to do something. Fast.

He rolled onto his side, and as he did the two men increased the intensity of the kicking.

Rocking onto his elbow as he absorbed the blows, he used his hand to brace himself and began to push up and off the ground. As soon as he had his legs beneath him, all he needed was enough space to get back onto his feet.

As his attackers moved in a circle around him, Harvath spun as well. Using his free arm to parry the punches and kicks, he searched for an opening. When it presented itself, he exploded into a standing position, hammering the larger man in the groin on the way up.

The move took both assailants by surprise. Harvath was back in the fight and showed no mercy. Slipping away from a poorly aimed punch by the smaller man, Scot pounded him with a vicious jab-cross-hook combination.

There was the crack of cartilage and a spray of blood as he broke the man’s nose with the first punch and sent him, unconscious, to the ground with the hook.

Careful not to make the mistake he had made previously, he kept both of his hands up to protect his head. He was already moving as the bigger man closed the distance and slammed him with a series of heavy punches. No matter what he did to stay outside his reach, his opponent still found a way to land his blows.

The man was an exceptional fighter and Harvath was forced to keep his hands up to protect his face and head. As he did, he left his body exposed and took a wave of painful strikes in many of the same areas he had already been kicked. When the man landed two solid kidney punches, Harvath was sure he’d be pissing blood for a week.

This fight had been much harder than he had anticipated. He needed to bring an end to it.

As his opponent stepped forward to deliver another series of punches, Harvath unleashed a blistering side kick, destroying the man’s left knee. From there, he moved in and lit the guy up.

It was a flurry of knees, fists, and elbows. Every single blow found its target. As each strike landed, Harvath’s rage erupted out of him like an uncapped oil well.

The assault came so fast and from so many different directions that the larger man couldn’t even defend himself. When he put up his hands and arms to protect his head, Harvath attacked his body. When he tried to protect his body, Harvath went after his head and face.

All the while, the man kept his remaining good knee protected, knowing that if Harvath connected with it, that would be the end of the fight.

Sensing what the man was doing, Harvath feigned dropping his guard.

It presented such a perfect target, that even in his bloody, battered state, the man couldn’t resist taking one powerful, final swing in the hope of knocking Harvath out. It was the last mistake he made.

No sooner had he stepped into his punch, than Harvath pivoted off the line of attack and took out his opponent’s right knee with another side kick.

As the giant fell, Harvath met his face halfway down with an enormous uppercut, snapping the attacker’s head straight back, knocking him unconscious. The fight was over.

Or so Harvath had thought.

One of the number-one rules in a street brawl was to always watch for other assailants. Just because you couldn’t see them, didn’t mean they weren’t out there—friends of the combatants, eagerly waiting to jump in, or even sadistic onlookers hoping to land a cheap shot when your guard was down.

Usually, Harvath had good situational awareness. He knew to look for these kinds of things. This time, though, he had failed to.

Whatever it was, when a figure stepped out of the shadows and pointed a suppressed pistol at him, he knew he was going to die.