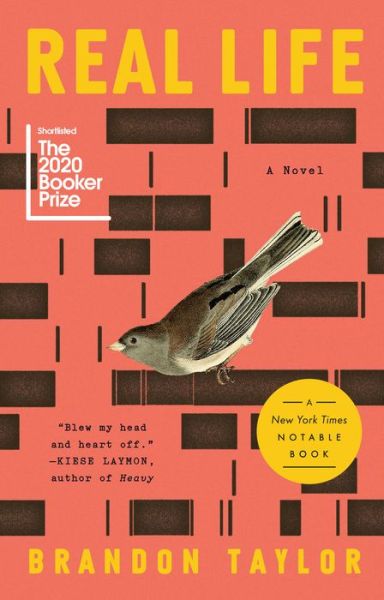 It was a cool evening in late summer when Wallace, his father dead for several weeks, decided that he would meet his friends at the pier after all. The lake was dimpled with white waves. People coveted these last blustery days of summer before the weather turned cold and mercurial. The air was heavy with their good times as the white people scattered across the tiered patios, pried their mouths apart, and beamed their laughter into each other’s faces. Overhead, gulls drifted easy as anything.

Wallace stood on an upper platform looking down into the scrum, trying to find his particular group of white people, thinking also that it was still possible to turn back, that he could go home and get on with his evening. It had been a couple of years since he had gone to the lake with his friends, a period of time that embarrassed him because it seemed to demand an excuse and he did not have one. It might have had something to do with the crowds, the insistence of other people’s bodies, the way the birds circled overhead, then dive-bombed the tables to grab food or root around at their feet, as though even they were socializing. Threats from every corner. There was also the matter of the noise, the desperate braying of everyone talking over everyone else, the bad music, the children and dogs, the radios from the frats down the lakeshore, the car stereos in the streets, the shouting mass of hundreds of lives disagreeing.

The noise demanded vague and strange things from Wallace.

There, among the burgundy wooden tables nearest the lake, he saw the four of them. Or, no, more specifically, he saw Miller, who was extraordinarily tall, the easiest to spot. Then Yngve and Cole, who were merely tall, and then Vincent, who just scraped under the bar of average height. Miller, Yngve, and Cole looked like a trio of pale, upright deer, like they belonged to their own particular species, and you could be forgiven, if you were in a hurry, for thinking them related. Like Wallace and their other friends, they had all come to this Midwestern city to pursue graduate studies in biochemistry. Their class had been the first small one in quite some time, and the first in more than three decades to include a black person. In his less generous moments, Wallace thought these two things related, that a narrowing, a reduction in the number of applicants, had made his admission possible.

Wallace was on the verge of turning back—he was uncertain if the company of other people, which just a short time ago had seemed somehow necessary, was something he could bear—when Cole looked up and spotted him. Cole started to flail his arms about, as if he were trying to elongate himself to ensure that Wallace could see him, though it must have been obvious that Wallace was looking directly at them. There was no turning back after all. He waved to them.

Wallace went down the half-rotten stairs and came closer to the dense algal stink of the lake. He followed the curving wall, passed the hulls of the boats, passed where the dark stones jutted out of the water, passed the long pier that stretched out into the water, with people there, too, laughing, and as he walked, he glanced out over the vast green water of the lake itself, boats skimming its surface, their sails white and sure against the wind and the low, wide sky.

It was just another evening in late summer.

AN HOUR BEFORE, Wallace had been in lab. All summer he had been breeding nematodes, which he found both boring and difficult. Nematodes are free-living, soil-dwelling microscopic worms, only about a millimeter when fully grown. His particular project was the generation of four strains of nematodes, which then had to be crossed together very carefully. It involved, first, the induction of a genetic lesion that was to be repaired in such a way as to yield a desired modification—the termination or amplification of genetic expression, the flagging of a protein, the excision or addition of a segment of genetic material—that was to be shuttled from one generation to the next, handed down like a gap or freckles or left-handedness. Then there was the simple yet careful math required to combine that modification with other modifications in other strains, changes that sometimes required a marker or a balancer: a tweak to the nervous system that gave the creature a rolling rather than sinuous behavior, or a mutation in the cuticle that rendered the nematodes thick like miniature Tootsie Rolls. There was also the dicey prospect of generating males, which always seemed to result in animals that were too fragile or uninterested in mating at all. And then, as always, the dissolution of the worms and the extraction of their genetic material, which had a way of revealing, after weeks of careful breeding and tracking of multiple generations, that the modification had been lost. Then it was a mad scramble, days or weeks spent backtracking through old plates trying to locate the modification among thousands of teeming progeny, the wild and fevered relief of locating—at the last possible moment—the golden nematode in the mass of wriggling animals, and then the resumption of the slow, steady breeding process, herding desired chromosomes and wicking away the undesired ones until the sought-after strain emerged at last.

All through the beautiful days of summer, Wallace had been working and failing to breed this one strain. An hour before, he had been in lab, removing from the incubator his boxes of agar plates. He had been waiting three days for this generation to roll into the next, just as he had been waiting months for this result. He would gather the babies, the fine, almost invisible hatchlings, and separate them, until at last he had his triple mutant. When he checked the status of his nematodes, however, the tranquil blue-green surface of the agar, uncannily like human skin in its soft firmness, was not so tranquil.

It looked disturbed, he thought.

No, not disturbed. He knew the word for it.

Mold and dust, like one of those horrible re-creations of a volcanic event—whole civilizations frozen in ash and soot and coarse white stone. A soft pelt of green spores covered the agar and concealed at first an oozing bacterial film. The gelatin looked as if it had been scoured by the end of some rough brush. Wallace checked all of his plates in all of his plastic tubs and found shades of horror on all of them. The bacterial contamination was so bad that it leaked through the lids and onto his hands like pus from a wound. It was not the first time his plates had become contaminated or moldy. This had been common in his first year, before his technique and cleanliness improved. Before he knew to be vigilant, cautious. He was different now. He knew enough to keep his strains safe.

No, this level of carnage seemed beyond the scope of mere carelessness. It seemed entirely unaccidental. Like the vengeance of a petty god. Wallace stood there in lab, shaking his head and laughing quietly to himself.

Laughing because it was funny to him in a way that was difficult to clarify. Like a joke leaping unexpectedly from an entirely random arrangement of circumstances. In the past few months, for the first time in his four years of graduate school, he had begun to feel that he might be at the edge of something. He had gotten to the perimeter of an idea, could feel the bounds of its questions, the depth and width of its concerns. He had been waking with the steadily resolving form of an idea in his mind, and this idea had been pulling him through all the unremarkable hours, through the grit and the dull ache when he woke at nine to return to work after going to sleep at five. The thing that had been spinning in the brilliant light of the tall lab windows, like a speck or a mote of dust, had been hope, had been the prospect of a moment of brief clarity.

What did he have to show for all that? A heap of dying nematodes. He had checked them only three days before, and they had been beautiful, perfect. Into the cool darkness of the incubator he had placed them to sit undisturbed for three days. Perhaps if he had checked them the day before. But no, even that would have been too late.

He had been hopeful this summer. He had thought, finally, that he was doing something.

Then, in his in-box, the same as every Friday: Let’s go to the pier, we’ll snag a table.

It seemed to him as good a decision as he was capable of making at that moment. There was nothing left for him to do in lab. Nothing to be done for the contaminated plates or the dying nematodes. Nothing to be done for any of it except to start again, and he did not have it in him to take the fresh plates from their place on the shelf, to lay them out as if dealing a new hand of cards. He didn’t have it in him to turn on his microscope and to begin the delicate work necessary to save the strain if it wasn’t already too far gone, and he wasn’t ready to know if it was already too late.

He did not have it in him.

To the lake he had gone.