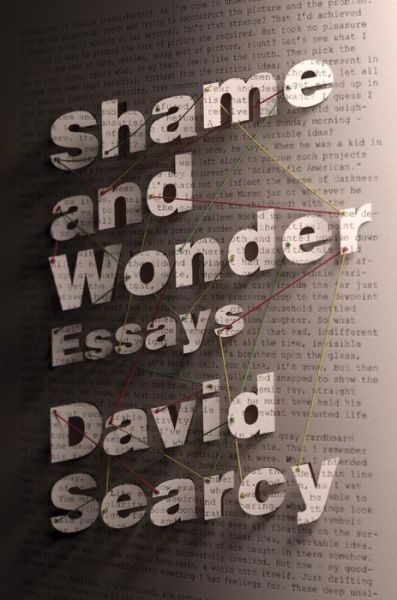 I have this story from the artist Tracy Hicks about his former father-in-law, who had a 1960s pickup he’d restored and customized—spent years on the project, loved this truck like nothing else—until one day he backed it over one of his kittens in the driveway. Killed the kitten. Sold the pickup truck. Like that. Well, that sort of sums it up, I thought. That pretty much says it all, it seemed to me at the time. Is metaphor everywhere? Of course it is. Once consciousness, once meaning gets a start it keeps on going. You get literacy and metaphor and God.

The thing about custom cars and hot rods—glancing through a copy of Rod & Custom magazine, you can see they tend to grade into each other—is the strangely counterintuitive sort of dreaminess involved. I haven’t checked to see if angel hair is still the concours style but it was when I was a kid. That ectoplasmic spun-glass stuff they’d use sometimes in school plays to suggest a mist or heavenly atmospherics. You would see these cars at shows—again, in magazines; I never went to a show but I was fascinated—and they’d always have these cloudy mounds of angel hair around them. Underneath and around the tires, like they were floating. Not entirely of this world. And yet so massively mechanical and sculptural. The custom cars especially, which, although they’d generally have these gorgeously chromed and souped-up engines, seemed intended more as presence, pure idea. And the idea, I think, was more or less that paradise is possible. That you can actually get there in the proper frame of mind—which those archetypal chopped and purple-painted ’49 Mercurys sought to represent. They’d hover just above the ground—no more than a couple of inches’ clearance, I would guess—sustained by angel hair, it seemed, and not much else, the wheels a concession, a politeness, ornamental and vestigial. I remember thinking how extraordinarily cool that looked. And how impractical. How could you drive that down an ordinary road? The road would have to be like a showroom floor. Where would you find a perfect road like that? Like in a dream. Where would it lead? Yet here were the means for such a journey—as gloriously real and here-and-now as they could be. Which was the point. That they were not like concept cars, those empty visions of the future that manufacturers like to roll out on occasion. These were ordinary cars transformed. Revealed, in a way, as what they ought to be. And were, essentially, we were allowed to feel. The marvelous implicit in the everyday. How striking and encouraging to discover that a ’51 Ford pickup or whatever had a soul. Who would have thought? So, get behind the wheel of that and where do you go? Can you imagine?

Tracy’s father-in-law, it seems, had had a pretty rough time in the war. He’d been in the infantry, in the thick of it. He’d tramped all over Italy, Tracy says, came home dispirited and worn out, wanted safety and a wife and a little frame house in Marshall, Texas. All of which, by the time we’re talking about, had settled into a fairly grim, habitual sort of life. His teenage bride had borne two daughters very early, lost her youth, and grown into a disagreeable, sharp-tongued woman Tracy remembers in the kitchen mostly, cooking and complaining at her husband, who was forbidden to smoke in the house and so would sit outside the kitchen in the carport smoking and talking to the cats. He had a morning-to-early-afternoon job at the railyard running a huge machine that straightened railcars damaged in collisions and derailings. It was quite a thing to witness, apparently—how this machine could grab a twisted boxcar, pick the whole thing up and bend it back into shape. You tend to think of travel by rail as pretty safe: it’s all laid out, after all; you can’t get lost; there’s nowhere to go but where you’re going, but maybe not. Among the people who would come by now and then to watch him run the operation was an auto mechanic friend whose personal project was a wrecked but restorable El Camino pickup truck. Well, this guy seems to have died and Tracy’s father-in-law was able to buy the pickup truck and take the project on himself. It wasn’t all that old. Not like some classic you could excuse yourself for spending too much money on. I’m sure he could have bought an unwrecked used one for far less than he eventually would spend. But you know how, when something’s wrecked, you kind of see it from a distance, see right past it toward what could have been and might be yet if you just take your time, don’t try to rush it. In such circumstances one can glimpse perfection. So it was with Tracy’s father-in-law, I guess. This truck became a thing of beauty. Not a full-blown “chopped and channeled” concours queen, of course, but given what was possible back then in Marshall, Texas, pretty nice. And better and better all the time. A fancy paint job—two-tone metal-flake gold and cream. Gold rolled-and-pleated leather seats with matching visors. Lots of little things, as well, to keep him busy afternoons and on the weekends in the carport with the cats. He’d get it washed and checked out weekly. Once a month, he’d change the oil. Sometimes, says Tracy, he’d just sit there in the carport with it. Cat in his lap, just sitting there and smoking and, I have to imagine, season after season, soft habitual sounds of cooking and complaining from the kitchen contrapuntal to the purring in his lap, just gazing off across the sadly less-than-prosperous little neighborhood and down the little street to God knows where, to who knows what subliminal paradise, not knowing really, consciously, I’m sure, but still, you’d think the heart must seek a destination.