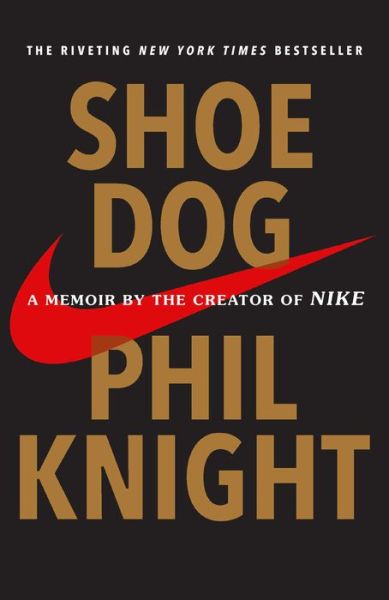 At different times I’d fantasized about becoming a great novelist, a great journalist, a great statesman. But the ultimate dream was always to be a great athlete. Sadly, fate had made me good, not great. At twenty-four I was finally resigned to that fact. I’d run track at Oregon, and I’d distinguished myself, lettering three of four years. But that was that, the end. Now, as I began to clip off one brisk six-minute mile after another, as the rising sun set fire to the lowest needles of the pines, I asked myself: What if there were a way, without being an athlete, to feel what athletes feel? To play all the time, instead of working? Or else to enjoy work so much that it becomes essentially the same thing.

The world was so overrun with war and pain and misery, the daily grind was so exhausting and often unjust—maybe the only answer, I thought, was to find some prodigious, improbable dream that seemed worthy, that seemed fun, that seemed a good fit, and chase it with an athlete’s single-minded dedication and purpose. Like it or not, life is a game. Whoever denies that truth, whoever simply refuses to play, gets left on the sidelines, and I didn’t want that. More than anything, that was the thing I did not want.

No, no, I thought, running faster, faster, running as if I were chasing someone and being chased all at the same time. It will work. By God I’ll make it work. No maybes about it.

I was suddenly smiling. Almost laughing. Drenched in sweat, moving as gracefully and effortlessly as I ever had, I saw my Crazy Idea shining up ahead, and it didn’t look all that crazy. It didn’t even look like an idea. It looked like a place. It looked like a person, or some life force that existed long before I did, separate from me, but also part of me. Waiting for me, but also hiding from me. That might sound a little high-flown, a little crazy. But that’s how I felt back then.

Or maybe I didn’t. Maybe my memory is enlarging this eureka moment, or condensing many eureka moments into one. Or maybe, if there was such a moment, it was nothing more than runner’s high. I don’t know. I can’t say. So much about those days, and the months and years into which they slowly sorted themselves, has vanished, like those rounded, frosty puffs of breath. Faces, numbers, decisions that once seemed pressing and irrevocable, they’re all gone.

What remains, however, is this one comforting certainty, this one anchoring truth that will never go away. At twenty-four I did have a Crazy Idea, and somehow, despite being dizzy with existential angst, and fears about the future, and doubts about myself, as all young men and women in their midtwenties are, I did decide that the world is made up of crazy ideas. History is one long processional of crazy ideas. The things I loved most—books, sports, democracy, free ­enterprise—started as crazy ideas.

For that matter, few ideas are as crazy as my favorite thing, running. It’s hard. It’s painful. It’s risky. The rewards are few and far from guaranteed. When you run around an oval track, or down an empty road, you have no real destination. At least, none that can fully justify the effort. The act itself becomes the destination. It’s not just that there’s no finish line; it’s that you define the finish line. Whatever pleasures or gains you derive from the act of running, you must find them within. It’s all in how you frame it, how you sell it to yourself.

Every runner knows this. You run and run, mile after mile, and you never quite know why. You tell yourself that you’re running toward some goal, chasing some rush, but really you run because the alternative, stopping, scares you to death.

So that morning in 1962 I told myself: Let everyone else call your idea crazy . . . just keep going. Don’t stop. Don’t even think about stopping until you get there, and don’t give much thought to where “there” is. Whatever comes, just don’t stop.

That’s the precocious, prescient, urgent advice I managed to give myself, out of the blue, and somehow managed to take. Half a century later, I believe it’s the best advice—maybe the only advice—any of us should ever give.

Shoe Dog: A Memoir by the Creator of Nike
Phil Knight
Shop Now