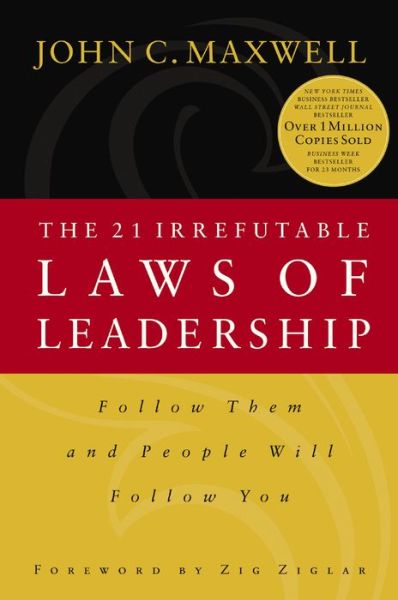 Let me tell you a story that illustrates the Law of the Lid. In 1930, two young brothers named Dick and Maurice moved from New Hampshire to California in search of the American Dream. They had just gotten out of high school, and they saw few opportunities back home. So they headed straight for Hollywood where they eventually found jobs on a movie studio set.

After a while, their entrepreneurial spirit and interest in the entertainment industry prompted them to open a theater in Glendale, a town about five miles northeast of Hollywood. But despite all their efforts, the brothers just couldn’t make the business profitable. In the four years they ran the theater, they weren’t able to consistently generate enough money to pay the one hundred dollars a month rent that their landlord required.

The 21 Irrefutable Laws of Leadership: Follow Them and People Will Follow You
John C. Maxwell
Shop Now