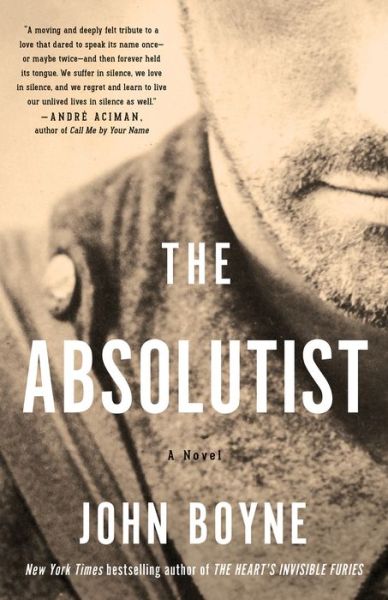 I DON’T SPEAK TO Will Bancroft until our second day at Aldershot Military Barracks but I notice him on our first.

We arrive in the late afternoon of the last day of April, some forty of us, a group of untidy boys, loud-mouthed and vulgar, stinking of sweat and bogus heroism. Those who already know each other sit together on the train, talking incessantly, afraid of silence, each voice competing to drown out the next. Those who are strangers hide in window seats, their heads pressed against the glass, feigning sleep or staring out as the scenery rushes past. Some make nervous conversation about the things they have left behind, their families, the sweethearts they will miss, but no one discusses the war. We might be on a day trip for all the nerves we dare show.

We stand around in groups as the train empties and I find myself next to a boy of about nineteen who glances around irritably, taking me in and dismissing me again with a single look. He wears a carefully coordinated expression of resignation mixed with resentment; his cheeks are fleshy and raw, as if he has shaved with cold water and a blunt razor, but he stands erect, staring around as if he cannot quite believe the high spirits of the other boys.

“Just look at them,” he says in a cold voice. “Bloody fools, every last one of them.”

I turn to look at him more closely. He’s taller than I am, with a neat haircut and a studious appearance. His eyes are a little narrow-set and he wears a simple pair of owl-rimmed spectacles, which he removes from time to time to massage the bridge of his nose, where a small red indentation is clear to the eye. He reminds me of one of my former schoolteachers, only he is younger, and probably less prone to outbursts of gratuitous violence.

“It’s a lot of nonsense, isn’t it?” he continues, sucking deeply on a cigarette as if he wants to draw all the nicotine into his body in one drag.

“This,” he says, nodding in the direction of the other recruits, who are talking and laughing as if this is all a terrific lark. “All of it. These idiots. This place. We shouldn’t be here, none of us should.”

“I’ve wanted to be here since it started.”

He glances at me, thinks he has the measure of me already, and snorts contemptuously as he shakes his head and looks away. Crushing the spent tab beneath his heel, he opens a silver cigarette case and sighs when it reveals itself to be empty.

“Tristan Sadler,” I say, extending a hand now, not wanting to get my military career off on a sour note. He stares at it for five seconds or more and I wonder whether I will have to draw it back in humiliation, but finally he shakes it and nods abruptly.

“Nice there,” he says. “I have an aunt who lives in Chiswick. Elsie Tyler. You don’t know her, I suppose?”

“She runs a florist on Turnham Green.”

“I’m from Sadler & Son, the butcher on the high street.”

“I bet you volunteered, didn’t you?” he asks, more contempt seeping into his voice now. “Just turned eighteen?”

“Yes,” I lie. In fact my eighteenth birthday is still five months away but I have no intention of admitting this here in case I find myself back with a hod in my hand before the week is out.

“I bet you couldn’t wait, am I right? I bet it was your present to yourself, marching down to the sergeant major, yes, sir, no, sir, anything you say, sir, and offering yourself up on a crucifix.”

“I would have joined earlier,” I tell him. “Only they wouldn’t let me in on account of my age.”

He laughs but doesn’t pursue it any further, simply shaking his head as if I’m not worth wasting his time on. He is a man apart, this Wolf.

A moment later and I sense a commotion in the ranks. I turn to watch as three men in heavy, starched uniforms emerge from a nearby barrack and stride towards us. Everything about them stinks of authority and I feel a rush of something unexpected. Apprehension, certainly. Desire, perhaps.

“Good afternoon, gentlemen,” says the man in the centre, the eldest of the three, the shortest, the fattest, the one in charge. His tone is friendly, which surprises me. “Follow me, won’t you? We’re not quite where we ought to be.”

We gather in a pack and shuffle along behind him and I take the opportunity to look around at the other men, most of whom are smoking cigarettes and continuing low conversations. I pull my own tin from my pocket and offer one to Wolf, who doesn’t hesitate.

“Thanks,” he says, before, to my annoyance, asking for a second for later on. I shrug, irritated, but say all right, and he slips another from under the holding cord and perches it above his ear. “Looks like he’s the one in charge,” he says, nodding in the direction of the sergeant. “I need a word with him. Not that he’s likely to listen to me, of course. But I’ll have my say, I promise you that.”

“Take a look around you, Sadler,” he replies. “Only a handful of these people will still be alive six months from now. What do you think of that?”

I don’t think anything of it. What am I supposed to think? I know that men die—their numbers are reported in the newspapers every day. But they’re just names, strings of letters printed together as news type. I don’t know any of them. They don’t mean much to me yet.

“Take my advice,” he says. “Follow my lead and get the hell out of here if you can.”

We stop now in the centre of the parade ground and the sergeant and his two corporals turn to face us. We stand in no particular order but he stares and remains silent until, without a word to each other, we find ourselves separating into a rectangle, ten men long and four men deep, each distanced from the next man by no more than an arm’s width.

“Good,” says the sergeant, nodding. “That’s a good start, gentlemen. Let me begin by welcoming you to Aldershot. Some of you want to be here, I know, some of you don’t. Those of us who have been in the service for many years share your emotions and sympathize with them. But they don’t matter any more. What you think, what you feel, doesn’t matter. You are here to be trained as soldiers and that is what will happen.”

He speaks calmly, betraying the conventional image of the barracks sergeant, perhaps to put us at our ease. Perhaps to surprise us by how quickly he might turn on us later.

“My name is Sergeant James Clayton,” he announces. “And over the next couple of months, during your time here, it is my responsibility to train you into soldiers, a job that requires as much intellect on your part as it does strength and stamina.” He looks around and narrows his eyes, his tongue bulging out his cheek as he considers the men—boys—lined up before him.

“You, sir,” he says, lifting his cane and pointing it at a young lad in the centre of the front row, who made himself popular on the train with his quick wit and effervescent sense of humour. “Your name, please?”

“Mickey Rich, sir!” shouts the soldier standing at the sergeant’s left shoulder, but the older man turns to him and shakes his head.

“It’s perfectly all right, Corporal Wells,” he says cheerfully. “Rich here doesn’t understand our ways yet. He is utterly ignorant, aren’t you, Rich?”

“And are you happy to be here, Rich?” asks Sergeant Clayton.

The entire troop bursts into laughter at this and I join in nervously.

The sergeant waits until the laughter has died down, wearing an expression that suggests a mixture of amusement and contempt, but he says nothing before looking back through the rows and nodding in the direction of a second man. “And you?” he asks. “Who are you?”

“William Tell,” comes the reply, and now there’s another snigger, difficult to contain.

“William Tell?” asks the sergeant, raising an eyebrow. “Now there’s a name. Brought your bow and arrow, have you? Where are you from, Tell?”

“And what about you?” he asks, looking at the next man along.

“Robinson,” acknowledges the sergeant with a brief nod.

And so on and so on. A litany of names, some of them registering in my mind but none giving me any cause to look at anyone directly.

“And you?” asks the sergeant, nodding in my direction now.

I say nothing. I can’t think of the correct answer. Fortunately he doesn’t press me on it because he has already moved on.

“Wolf?” asks the sergeant, looking at him more closely; it’s obvious that he knows something about this man already.

“Well.” He looks him up and down. “I expected you to be shorter.”

“Indeed,” says Sergeant Clayton, his mouth creasing slowly into a thin smile. “So you’re the chap who doesn’t want to be here, yes?”

“Afraid to fight, are you?”

“No, sir, indeed not, sir, what an outrageous charge, sir! I wonder, can you imagine how many brave men over there don’t want to fight either?” He pauses as his smile starts to fade. “But there they are. Fighting day in, day out. Putting their lives on the line.”

I can sense a low murmuring in the ranks and some of the recruits turn their heads to look at Wolf.

“I’m not sending you home, if that’s what you’re expecting,” says the sergeant in a casual tone.

“And you won’t be put in confinement either. Not till I get orders to that effect. We’ll train you, that’s what we’ll do.”

Sergeant Clayton stares at Wolf, his jaw becoming a little more clenched. “All right, Wolf,” he says quietly. “We’ll just see how this all turns out, shall we?”