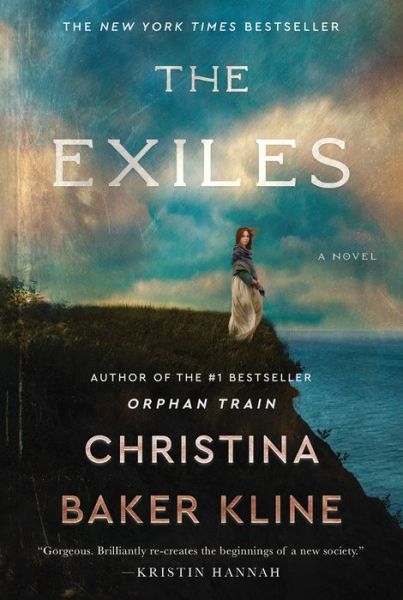 The door at the end of the hallway clanged open, and Evangeline dredged herself from sleep. It took a moment to remember where she was. Soot-stained stones oozing damp, miserable clusters of women, a rusting iron grate . . . her mouth cottony, her petticoats stiff and sour-smelling . . .

How pleasant it had been to forget.

Daybreak wasn’t much to speak of: hazy light filtered from the window above. Grasping a bar, she pulled herself up from the floor and stretched her sore back. A putrid piss bucket squatted in the corner. The tap-tapping had started again, and now she saw its source: women hitting the iron grate and walls with their wooden spoons.

Two guards appeared in front of their cell with a bucket. “Line up!” one shouted as the other unlocked the door. Evangeline watched him dip a ladle into the bucket and slosh the contents into a prisoner’s outstretched cup. Digging into her apron pocket, she pulled out her own battered cup and flipped it upside down to remove the grit. Despite the dampness around her ankles, her full bladder, her aching limbs and nausea, she pushed her way to the front, hunger winning out.

When the guard filled her cup, she tried to catch his eye. Couldn’t he tell she had nothing in common with these pathetic wretches with faces as dirty as those of coal miners?

He didn’t give her a glance.

She stepped back and took a sip of watery oats, cold and bland and possibly rancid. Her stomach heaved slightly, but she willed herself not to vomit.

Women juggling cups and crying babies tripped over each other to reach the gruel, thrusting their cups toward the guards. A few hung back, too sick or defeated to fight their way to the door. One woman—probably the one they’d told the matron about the night before—wasn’t moving at all. Evangeline looked at her uneasily.

After the guards left, carrying the unconscious woman, the cell quieted. A group of prisoners huddled in a corner playing cards fashioned from what appeared to be the torn pages of a Bible. In another corner, a woman in a knitted cap read palms. A girl who appeared no more than fifteen cradled an infant against her neck, crooning a tune Evangeline recognized: I left my baby lying here to go and gather blueberries . . . She’d heard women in Tunbridge Wells sing this strange Scottish lullaby to their children. In it a desperate mother whose baby disappears retraces her steps: I searched the moorland tarns and then wandered through each silent glen. The mother discovers the tracks of an otter, the wake of a swan across a lake. I found the trail of the mountain mist but ne’er a trace of baby, O! Clearly an admonition to new mothers to keep an eye on their infants, the lullaby now seemed to her cruelly grim, the specter of loss almost impossible to bear.

Evangeline felt a rough poke in her back. “So what’d ye do?”

She turned to face a ruddy-cheeked woman of substantial girth, half a dozen years older than her at least, with a frizzy blond bob and a snub nose.

Evangeline’s first impulse was to tell her to mind her own business, but instinct hadn’t served her particularly well lately. “What did you do?”

The woman grinned, revealing a row of teeth as small and yellow as corn kernels, with a wide gap in the front. “I took my due from a cad who didn’t pay what he promised.” She patted her stomach. “Soon to be a father, and now he’ll never know.”

With a sly wink, she added, “Hazard of my profession. Bound to happen sooner or later.” She shrugged. Wagging her fingers at Evangeline’s stomach, she said, “I’m not feelin’ tewly anymore, at least. It doesn’t last. So ye know.”

“I know,” Evangeline said, though she didn’t.

“So what’s your name?” When Evangeline hesitated, the woman said, “I’m Olive.”

“Evange-a-leen,” Olive repeated, as if saying the name for the first time. “Posh.”

Was it? Her father had chosen the name, he told her, because it was a derivation of the Latin word evangelium, meaning “gospel.” “I don’t think so.”

Olive shrugged. “We’re all the same in here, anyway. I’m sentenced to transport. They gave me seven years, but it might as well be a life sentence, from what I heard. Ye?”

Evangeline recalled seeing small items in the newspaper over the years about the incorrigibles—men, she thought—transported on convict ships to Australia. Murderers and other deviants exiled to the far side of the earth, ridding the British Isles of the worst of its criminals. She’d shivered with horrified delight at the details, as strange and otherworldly as stories from Greek mythology: bleak gulags and workhouses carved into rock in the middle of nowhere, separated from civilization by miles of desert sand and deadly predators.

She’d never felt sorry for these men. They had it coming, after all, didn’t they? They were predators themselves.

“I haven’t been before the judge,” she said.

“Well, who knows—maybe ye won’t be sent away. Ye didn’t murder someone, did ye?”

Evangeline wished Olive would keep her voice down. She hesitated, then shook her head.