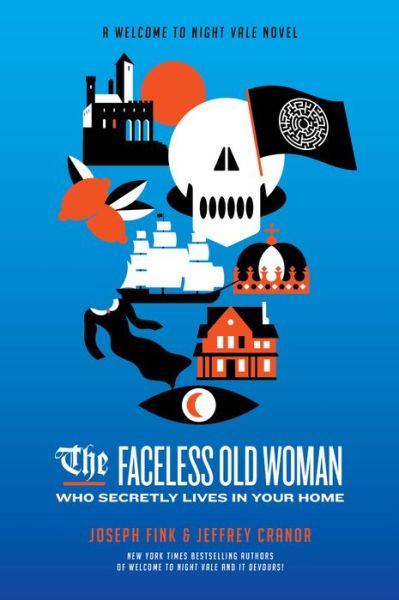 Edmond had rushed to the estate as soon as a messenger from my father had delivered the news. Seeing my father’s swollen, reddened face, Edmond said in a lighthearted voice full of mock exasperation, “I suppose we have to find a new crew.” My father sighed, and Edmond gave him a large hug and a laugh. “I’m so glad you’re both okay.”

Even in his joking, Edmond was right. They had used this crew for years and had trusted them. My father and he would have to start over finding a new group of confederates, and also now had learned to temper their trust in those who come from the world of banditry.

My father was quiet. He watched me with deep consideration. He had made sure I was physically unharmed, and then he had warmed some chocolate over the fire for me, which I now drank with the simple joy of a child who is awake past her bedtime and drinking chocolate. I was remarkably unbothered by what had occurred and about my own attack on that man. It had felt natural to me. This may have been the first sign of my vocation, although I did not recognize it as such. My father perhaps did, as he looked me over with deep thought and care. “I suppose,” he said, “that it is time for you to learn more about the business.”

“Really?” I said with happiness.

“You didn’t see how she handled herself out there,” my father said to Edmond. “She showed foresight, she was quick. This won’t be the last situation like this. We can no longer ignore the dangers of our business. And if my daughter is to be around this kind of danger, then I would rather she be prepared.”

“It would be less dangerous,” Edmond said, with the tone of someone bringing up an argument that’s course had run for years, “if we partnered with The Duke’s Own. Let them take the risk.”

“We are not pairing up with those assassins and thieves,” my father said, in the same tone. “We may be criminals, but we are honest criminals. I won’t let my family name mix with an organization involved in murder, banditry, slavery, and who knows what else.”

On the many nights my father had left me alone, I had taken to reading books in his small library. I knew all about The Duke’s Own. They were a notorious syndicate of pirates, racketeers, and swindlers. Their reach was vast, covering Europe, Russia, and northern Africa. The Duke of The Duke’s Own was a myth, a sleight of hand played by whichever pirate was handy when they needed a figurehead or a phantom for authorities to fruitlessly pursue. In actuality, the membership made decisions through general election, and in this way the organization was far more democratically run than any government on the continent. Still, The Duke’s Own was also a brutal organization that pillaged small farms, abusing and often killing innocent people who dared to defend all that they owned.

The Duke’s Own had politicians, military leaders, bankers, and merchants as members. The deeper their roots, the more secure their operations. I could understand Edmond’s strategy for joining such a powerful group. They could protect us not only from smaller criminals like the ones who attacked my father, but also even larger, more frightening groups like the mysterious Order of the Labyrinth. If we made the right political connections, The Duke’s Own could even protect us from the possibility of prison.

But my father was adamant, and Edmond backed off. “Perhaps one of these days you will change your mind,” sighed Edmond.

“I will not have my daughter connected to a corporation of murderers and plunderers. Enough!” My father turned to me. “We must learn to protect ourselves from such people, not become them. Tomorrow we begin your education.”

I learned first the complete structure of my father and Edmond’s smuggling operation. Their clients were the owners of the merchant ships and pleasure yachts, bringing in fruit and spices and gold and cloth from ports in the east, or from Morocco or from Egypt. A close eye was kept on these shipments, because the various squabbling kingdoms of Europe all wanted their share of any goods passing through their ports. On the other hand, the Mediterranean was thick with bandit ships, and no eyebrows were raised at the occasional shipment of goods lost to pirates. A cost of doing business. But of course the bandits were my father and Edmond’s bandits, and they did not take by force. They tied on peacefully to ships who had prepared for their arrival, and whose crew helped the bandits with the transfer of cargo. Then the bandits took the cargo to our cove, where it was unloaded, and transported by land back to its owners, minus a cut for the smugglers. The bandits enjoyed the situation too, since there was much less risk of violence and injury boarding a ship that wanted you aboard, and much less risk of jail since the ships always waited a considerate amount of time before reporting the “attacks.” Edmond and my father had underestimated the bandits’ greed, but the old crew was soon replaced with a new one, more carefully vetted and with less of a violent reputation, who for the time being at least seemed content with their roles. My father hired mercenaries to guard the estate for a year or so, in case any of the old crew returned seeking revenge, but nothing happened and eventually he decided he couldn’t justify the expense and we returned to our old way of living.

Along with the details of the business, I learned much of the trade from my father, and from Edmond, and from the crews, whom, as I became involved in the business, I was allowed to interact with more. They treated me as a novelty, and from them I learned, unbeknownst to my father, how to pickpocket, how to open locks, and several other such tricks. I would make Albert act as my test subject, keeping a cork in his pocket all day while I would try to steal it as we went about our games. Albert never again brought up the rumors about my father, and I would have denied them if he had, but I could see in his eyes he knew they weren’t merely rumors. For the first year or so Albert caught me every time, but eventually I was able to regularly slip the cork out without his noticing. He tried to learn as well, through my secondhand lessons, but he never could find the aptitude. I discovered great satisfaction in these new skills. I would sit for hours in front of the old back door, practicing breaking into the lock, until my fingers ached and the keyhole was fogged with perspiration from my nostrils.

Edmond, who networked with the wealthy and criminal alike, taught me much about the art of persuasion and manipulation. “Nothing must ever be your idea,” he explained. “If I want you to go to bed, and I tell you to, you’ll rebel. But if I simply set up a situation in which you will have the idea to go to bed yourself, then you will go with satisfaction, thinking you have won even as you do exactly what I wanted you to. Remember that, because it will get you far in life. Short-lived pride at winning a disagreement is a fool’s game. It is far better to let the other side think they have won as they coincidentally decide to do what you wanted all along.” He winked at me, and then tried to switch two pieces on the backgammon board and laughed when I slapped his hands.

For my father’s part, he wanted me to be able to protect myself, and so taught me how to use a knife. I soon became adept at all sorts of defensive and offensive uses of a small blade, and I would, with my father’s consent, practice fighting with the crew using short lengths of wood, until I was soon besting even the most skilled of them. I think my father allowed this practice because he wanted them to think of me always as potentially very dangerous. But even my father did not understand the full potential of how dangerous I could become.