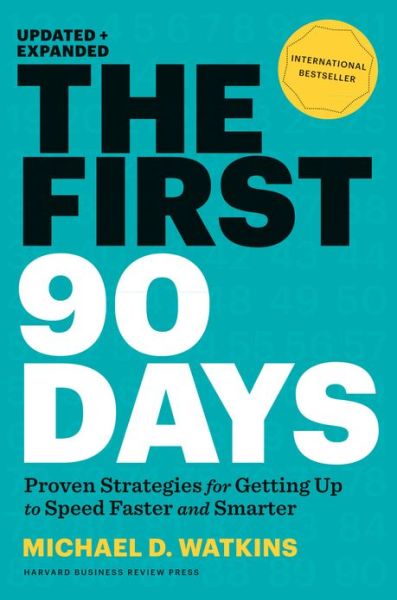 The president of the United States gets 100 days to prove himself; you get 90. The actions you take during your first few months in a new role will largely determine whether you succeed or fail.

Failure in a new assignment can spell the end of a promising career. But making a successful transition is about more than just avoiding failure. When leaders derail, their problems can almost always be traced to vicious cycles that developed in the first few months on the job. And for every leader who fails outright, there are many others who survive but do not realize their full potential. As a result, they lose opportunities to advance their careers and help their organizations thrive.

Why are transitions critical? When I surveyed more than thirteen hundred senior HR leaders, almost 90 percent agreed that “transitions into new roles are the most challenging times in the professional lives of leaders.”1 And nearly three-quarters agreed that “success or failure during the first few months is a strong predictor of overall success or failure in the job.” So even though a bad transition does not necessarily doom you to failure, it makes success a lot less likely.

The good news on transitions is that they give you a chance to start afresh and make needed changes in an organization. But transitions are also periods of acute vulnerability, because you lack established working relationships and a detailed understanding of your new role. You’re managing under a microscope, subject to a high degree of scrutiny as people around you strive to figure out who you are and what you represent as a leader. Opinions of your effectiveness begin to form surprisingly quickly, and, once formed, they’re very hard to change. If you’re successful in building credibility and securing early wins, the momentum likely will propel you through the rest of your tenure. But if you dig yourself into a hole early on, you will face an uphill battle from that point forward.

The First 90 Days, Updated and Expanded: Proven Strategies for Getting Up to Speed Faster and Smarter
Michael Watkins
Shop Now