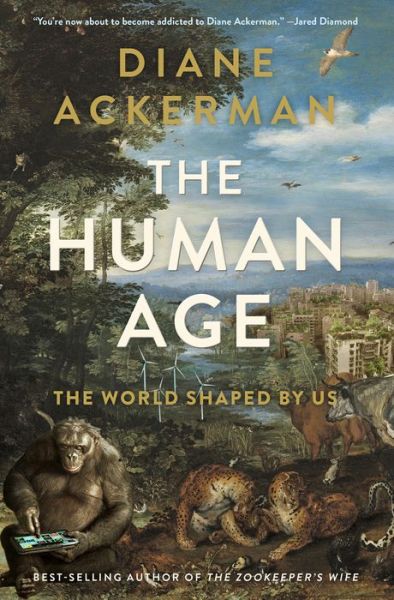 By the end of this decade, the history of planet Earth will be rewritten, textbooks will slip out of date, and teachers will need to unveil a bold, exciting, and possibly disturbing new reality. During our brief sojourn on Earth, thanks to exhilarating technologies, fossil fuel use, agriculture, and ballooning populations, the human race has become the single dominant force of change on the planet. For one species radically to alter the entire natural world is almost unprecedented in all of Earth’s 4.5-billion-year history.

The only other time it happened was billions of years ago, before anything like golden-shouldered parakeets or marine iguanas, when the atmosphere was a poisonous brew and a time-traveling human would have needed to wear a gas mask. Then only spongy colonies of one-celled, blue-green algae blanketed the shallows, dining on water and sunlight, and pumping torrents of oxygen—their version of flatulence—into the atmosphere. Gradually, the air and ocean seethed with oxygen, the sky sweetened, and Earth welcomed creatures with lungs. It’s a humbling thought, but one life form’s excrement is another’s tonic. For nearly five billion years, life ticked and tocked through an immensity of bold experiments, which the algae’s recreation of the planet made possible, including all sorts of leaves and tongues, pedigrees and tribes, from Venus flytraps to humans. Then, improbably for origins so mundane, in roughly the last two or three hundred years, humans have become the second species to dramatically alter the natural world from earth to sky.

Humans have always been hopped-up, restless, busy bodies. During the past 11,700 years, a mere blink of time since the glaciers retreated at the end of the last ice age, we invented the pearls of Agriculture, Writing, and Science. We traveled in all directions, followed the long hands of rivers, crossed snow kingdoms, scaled dizzying clefts and gorges, trekked to remote islands and the poles, plunged to ocean depths haunted by fish lit like luminarias and jellies with golden eyes. Under a worship of stars, we trimmed fires and strung lanterns all across the darkness. We framed Oz-like cities, voyaged off our home planet, and golfed on the moon. We dreamt up a wizardry of industrial and medical marvels. We may not have shuffled the continents, but we’ve erased and redrawn their outlines with cities, agriculture, and climate change. We’ve blocked and rerouted rivers, depositing thick sediments of new land. We’ve leveled forests, scraped and paved the earth. We’ve subdued 75 percent of the land surface—preserving some pockets as “wilderness,” denaturing vast tracts for our businesses and homes, and homogenizing a third of the world’s ice-free land through farming. We’ve lopped off the tops of mountains to dig craters and quarries for mining. It’s as if aliens appeared with megamallets and laser chisels and started resculpting every continent to better suit them. We’ve turned the landscape into another form of architecture; we’ve made the planet our sandbox.

When it comes to Earth’s life forms we’ve been especially busy. We and our domestic animals now make up 90 percent of all the mammal biomass on Earth; in the year 1000, we and our animals were only 2 percent. As for wild species, we’ve redistributed plants and animals to different parts of the world, daring them to evolve new habits, revise their bodies, or go extinct. They’ve done all three. In the process, we’re deciding what species will ultimately share the planet with us.

Even the clouds show our handiwork. Some are wind-smeared contrails left by globe-trotters in airplanes; others darken and spill as a result of factory grit loosed into the air. We’ve banded the crows, we’ve hybridized the trees, we’ve trussed the cliffs, we’ve dammed the rivers. We would supervise the sun if we could. We already harness its rays to power our whims, a feat the gods of ancient mythology would envy.

Like supreme beings, we now are present everywhere and in everything. We’ve colonized or left our fingerprints on every inch of the planet, from the ocean sediment to the exosphere, the outermost fringe of atmosphere where molecules escape into space, junk careens, and satellites orbit. Nearly all of the wonders we identify with modern life emerged in just the past two centuries, and over the past couple of decades, like a giant boulder racing ahead of a landslide, the human adventure has accelerated at an especially mind-bending pace.

The Human Age: The World Shaped by Us
Diane Ackerman
Shop Now