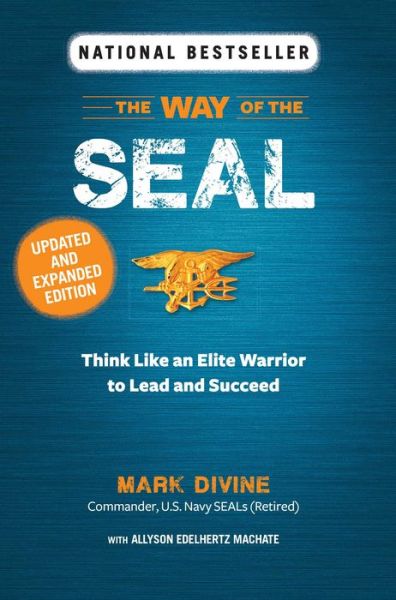 It was September 1990. I stood with my classmates in front of 300 visitors, staff, and students at the Naval Special Warfare Training Center for our graduation ceremony, on the verge of becoming something most guys only dream of: a bona fide rootin’-tootin’, parachutin’, deep-diving, demo-jiving, running, gunning Navy SEAL frogman. Only months earlier I’d been in New York City, the perfect overachieving conservative boy living the prototypical American dream. I had surrendered my childhood fantasy of battling evildoers and rescuing damsels in distress, blithely accepting the cultural push into the corporate channel where I racked up credentials and set my sights on a moneyed future. Society’s drummer boy beat his drum, and I, like many of you, marched along oblivious to the much subtler drumbeat inside of me.

My path led me to accounting and consulting. Perhaps yours led you to medicine, law, banking, information technology, or any number of traditional fields. Some years later, you found yourself deeply entrenched in a career. Maybe you still love your work but wonder why success in your field has not also led to peace and happiness in other areas of your life. Or maybe one day you found yourself wondering how you got here, or worse, what you’re doing here. Perhaps like me, you found yourself wondering why you aren’t happy, and whether you’ve stepped onto the wrong boat in your life.

The proverbial straw that broke the camel’s back came while I wrestled with the idea of leaving New York. I was unhappy with the daily grind, feeling more at peace during intense workout sessions at the dojo or running the early morning streets. During one of these runs, I noticed a poster for the SEALs outside a Navy recruitment office. “Be Someone Special,” its alluring message read. “Yes!” I thought. “I want to be someone special. Right now, I feel like a cog in the wheel of a giant, cold machine.” As I had in my childhood fantasies, I felt drawn to the idea of serving others, and excited when I imagined operating daily at the highest levels of performance and challenging myself on a team full of those who shared similar values. My decision was anything but clear, however, until I worked with my last client, Kane.

Kane & Co., a family-run paper company, had been caught up in the “influence-peddling scandal” of the Long Island defense industry in 1988. The company produced packaging used by defense contractors to ship large aerospace components. When the big contractors were exposed as having bribed government officials, smaller subcontractors like Kane got swept up in the investigation. The IRS focused on these easy targets and insisted they hire auditors to dig up and analyze their reams of data. My “Big Eight” consultancy assigned me, along with a supervisor and one other junior auditor, to perform the audit for Kane.

“These guys are never going to leave,” I heard Joe Kane say through the office walls one afternoon. “They’re gonna kill this business and Dad in the process.” The founder’s son was talking on the phone to his siblings, who were all desperately trying to keep the company afloat as Kane Sr. fought a sudden cancer brought on, the family believed, by the extreme stress of the audit. Sure enough, a month later Mr. Kane passed away.

The news hit me hard—I felt like I’d personally killed the guy. And Kane Jr. was right: We could’ve completed our work in three months, but our bosses kept sending us and billing the hours because they had the IRS behind them. The way we were bleeding this company horrified me. Kane was no longer the client; the primary motive became racking up billable hours.

The whole shebang looked like a pig with lipstick to me. How could I continue participating in this charade? I decided right then to commit to my fledgling purpose of becoming a warrior leader by serving in the Navy as a SEAL officer. I went back to the office and resigned immediately. I took a job as a personal trainer and doubled down on my karate and Zen meditation training, all in preparation for my SEAL bid. A month later, out of money and praying I had made the right decision, I received a surprise call from a partner at my former consultancy: “Mark, I’m starting a new firm, and I want you.” I felt the familiar tug of my ego as I imagined the money rolling in. Then my inner voice said, “Stop!” and I remembered why I’d left my job in the first place. I knew with certainty I now traveled a better path, the right path for me. I politely turned the offer down.

One year later and here I was graduating from SEAL training, stepping into the next phase of my hero’s journey, ready to accept whatever challenges lay in store. The presenter stopped speaking, and everyone turned to me as he extended the Honor Man plaque in my direction. One hundred and eighty candidates had started training six months earlier, and out of the mere nineteen who graduated, I finished at the top. I beamed as Captain Huth, Commanding Officer of BUDS (Basic Underwater Demolition SEAL training), pinned the coveted Trident—the gold insignia worn by a Navy SEAL—on my uniform.

The Trident marks you as someone special, a rare modern-day Spartan who trains harder, works smarter, and is courageous in the face of all challenges. To me, it also represents the Way of the SEAL, a mind-set and attitude that allows the wearer to be victorious on both the inner and outer fields of life’s battles.

Let me teach you how you can earn your own Trident now.

The Way of the Seal: Think Like an Elite Warrior to Lead and Succeed
Mark Divine, Allyson E Machate
Shop Now