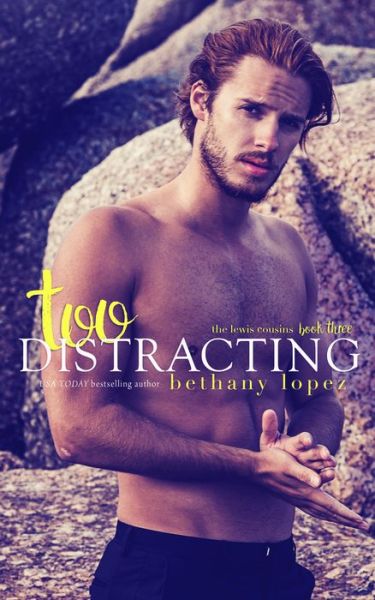 Looking out my office window at my hometown of Cherry Springs, I felt a sense of peace overcome me.

It was good to be back.

Usually, I took a week every summer to go down to Camp Gabriel Lewis, my cousins football camp, to help get it ready for the incoming campers, but this year, business had kept me away.

Instead of having fun in the sun with my family, my twin sister, Jasmine, and I had split up to look at expanding our company. Jasmine had gone to Seattle, while I had gone to San Francisco. And, while she’d finished up her trip in time to head to camp, I’d been delayed in San Francisco.

Luckily, things had turned out well on my trip, and it looked like an expansion to San Francisco would be a good move. I needed to gather my notes and put together a proposal for the board, but I was feeling confident.

Lewis Sporting Goods had been in our family for generations, and the board consisted of my parents and Reardon’s dad. When our grandparents had passed, they’d left the company to all four of their sons, but Gabe’s parents ran the local bar and grill, and Serena’s parents had moved away years ago. They still owned shares of the company, but were now silent partners, and didn’t sit on the board.

It was the same with my cousins, who were more like brothers and sisters, since we’d all been raised together. When it came to the business, they’d chosen to do other things and leave Lewis Sporting Goods to Jazzy and me.

Gabe, our oldest cousin, had been an NFL player, but was now retired and focused on his family. Reardon, the person I was closest to, other than Jazzy of course, was the lawyer in our small town and had just started a family of his own. Serena, our youngest cousin, moved away during middle school, but had come back for vacations and holidays, and was a very talented artist.

While our cousins had followed their passions, Jasmine and I had been happy to take over the family business. It wasn’t always easy, but I couldn’t imagine doing anything else.

Picking up the phone, I pressed the button to my executive secretary.

“Carol, do I have anything pressing this afternoon? I haven’t been to my house yet and wanted to drop off my bags and freshen up. I’ll be back later to play catch up, but if there’s something I need to be here for, I can stay.”

“You have a four o’clock with Laurel Turner, but I assumed you’d come here first, rather than go home, and kept your afternoon clear.”

I grinned and said, “You’re the best.”

Carol had been with our company since I was a little boy, and she probably knew me just as well as my own mother.

“Don’t I know it,” she quipped, then disconnected.

I chuckled as I hung up, then frowned when the name of the appointment penetrated.

That name brought up plenty of memories, none of them good.

“I’m going to kill you,” I yelled as I chased my jerk of a sister and her annoying friend, Laurel, through the kitchen and out the back door.

“Dillon Lewis,” my mother’s scolding voice called from somewhere in the house. “You be nice to the girls.”

I scowled as I watched Jazzy’s bright-red hair and Laurel’s sunny blonde get further away as they ran toward the fields, their peals of laughter floating back toward me in the wind. We’d just had our ninth birthday, and I’d cherished the bike my parents had given me. When I’d gone outside that morning to ride over to Reardon’s to meet him and Gabe to head to the springs, I’d found my perfect, red bike had been spray-painted purple with flowers painted on it.

Not in a good way either, so I knew Rena hadn’t been involved; her flowers would actually look like flowers. No, I’d known immediately that it had been Jazzy and Laurel, and I vowed right there on my back porch that I’d make them pay.

Now, logically, I knew that we were all grownups, and neither Jazzy nor I were the same people. In fact, Jasmine and I were very close now, even though she still liked to press my buttons. I was sure that Laurel had grown up as well. But, I didn’t know that for sure. Laurel had left town after high school and moved to Houston after college, so I hadn’t seen her in years.

I’d had honks following me all the way from Cherry Springs to my college dorm, and although it had been a prank that actually ended in me getting laid my first week at school, that didn’t change the fact that whenever I thought of Laurel, I wanted to run away.

Although a small part of me wanted to tell Carol to cancel the appointment, because I wanted to be in the same room with Laurel about as much as I wanted to get a rectal exam, I’d promised Jasmine that I’d hear Laurel out and possibly help her with her business plan.

Just the thought put a scowl on my face.

Maybe this would be the perfect opportunity to start getting some of that revenge you always promised, I thought, and my scowl was quickly replaced by a grin as I gathered my things and told Carol I’d be back.