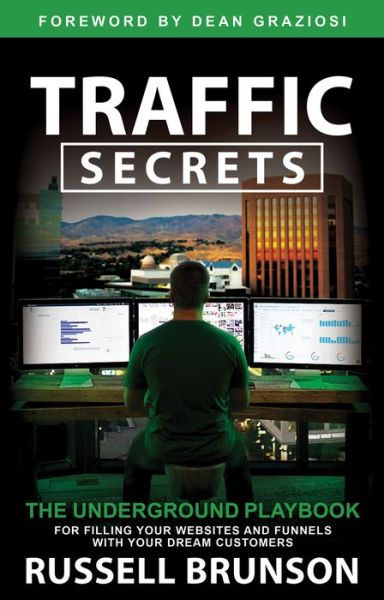 Figure 3.1: Every piece of good marketing has a hook, a story, and an offer.

It was 9:27 P.M., and the last of Jessica’s kids had just fallen asleep. It had been a long day that started way before the sun came up, and it was finally ending. While Jessica was exhausted, it was her time now, as she had a few precious moments to herself without kids pulling her in a million directions. Soon she would have to start her nighttime routine of cleaning up the house, getting herself ready for bed, taking off her makeup, and finally falling asleep for a few hours, before she had to wake up and start it all over again.

As she fell onto the couch, she reached into her pocket and slowly pulled out her phone. What’s been happening in everyone else’s life today? she wondered. She opened Facebook and swiped through the lives of her friends and family, hoping to find some comfort knowing she wasn’t the only one who had a busy day.

Soon she started to get bored. But when she was about to close the app, she saw an image fly past her screen. She almost missed it, but she slowly moved her finger back up her phone, bringing the picture into the middle of the screen.

Yep, she thought she saw that right. It was a picture of a woman about her age in workout clothes, with gray shorts on. The thing that caught her eye wasn’t the shorts, though—it was the dark gray spot in the middle of the shorts. A little confused, she looked above the image and read the words:

Let me tell you about that time I peed my pants during a workout . . . I was filming for Dollar Workout Club and I have never been so embarrassed before.

Jessica was right! It was a picture of a grown woman who had peed per pants! She laughed for a second, but then that laughter turned into uneasiness as she realized that she knew exactly how this woman had felt. She had experienced the same thing earlier that year when her kids had wanted her to jump on the trampoline with them. She wanted to be a good mom, but after a few jumps she had to get off because she had peed her pants. She had quickly come up with a reason why she couldn’t jump anymore, and after apologizing to her kids, she had run into the house to get changed. She knew the story she had told her kids wasn’t true, which added to her mom guilt even more. This also made her think about other activities that she knew she would love to do but were off limits for the same reasons.

After a few seconds of looking at the image, Jessica decided that she wanted to see why in the world this woman would post a picture of herself on Facebook telling others that she had peed her pants. She clicked on the image and was immediately taken to a page that had a video from the same woman in the picture.

Jessica clicked on the video and started listening to the story. The woman’s name was Natalie Hodson, and she was a fitness blogger and mom of two amazing kids who were both 10-pound babies. Natalie told her embarrassing story of when she accidentally peed her pants during a workout she was filming for her blog! She then talked about a doctor that she had met who specialized in helping women with this problem. She shared how this doctor was able to help her, and after she had success, she wanted to share it with other women.

Natalie mentioned she had worked with the doctor to create an online program that anyone could do from home with simple exercises to strengthen their abs, core, and pelvic floor. Together, Natalie and the doctor made an e-book that also came with bonuses like diet and nutrition tips, exercises and movements, and specific training programs. They wanted to make this offer for all the moms who had struggled with accidental leaks after having babies, but didn’t have the ability to meet with the doctor in person. Instead, you could get the same advice without ever leaving the comfort of your home. And you could get the e-book and all of the bonuses mentioned for just $47.

Excited, Jessica jumped off the couch and ran across the room to find her credit card. After typing in her credit card numbers, within minutes, she had access to the e-book that would solve her problem forever.

Even though Jessica’s story is fictional, this type of experience does happen each and every day to women who are embarrassed when they accidentally pee their pants a little bit when they cough, sneeze, or even jump on a trampoline. Over the past three years, over 120,000 women have purchased Natalie’s e-book. This has made Natalie Hodson a household name, given her the ability to change the lives of countless women around the world, and made her very wealthy in the process.

The framework that Natalie used to get over 120,000 people to buy her book Abs, Core, and Pelvic Floor is called Hook, Story, Offer.

The hook is the image and the headline that Jessica saw as she was scrolling through her feed. It hooked her and stopped her just long enough to get her attention. It then asked Jessica to click on a link, which gave Natalie a moment to tell her story, build a relationship with Jessica, and explain the perceived value of the offer she would be making. Finally, Natalie made her an irresistible offer that would help Jessica to get out of pain and move toward pleasure. This Hook, Story, Offer framework is the pattern that you’ll see over and over again in most ads and funnels online.

In DotCom Secrets and Expert Secrets, I spend multiple chapters talking about Hook, Story, and Offer, where I fully explain how to make irresistible offers and the frameworks we use for story selling. I will be talking about Story and Offer in this chapter in relation to traffic and ads, but Expert Secrets is the definitive guide for mastering these concepts. With that said, let’s jump into the Hook, Story, Offer framework.

Hook: Now that we know exactly where our dream customers are congregating, our job is to throw hooks to them to see if we can grab their attention. In the next secret we’ll be talking more about how to do that, but for right now, I want you to understand what a hook is.

The hook is the thing that grabs someone’s attention so you can tell them a story. You see thousands of hooks every day. Every email subject line is a hook, trying to grab your attention for just a moment so you’ll read that email. Every post, picture, and video you see in your feed on Facebook is a hook that is trying to get you to engage so they can tell you a story and then make you an offer. Every picture on Instagram, thumbnail on YouTube, and headline on a blog is a hook designed to grab your attention. We see hooks all the time, yet it’s hard to define exactly what they are. Are they words? Yes, they can be. Are they images? Yes, they can be. Are they the backgrounds of your videos? Or the goofy things you do in the first three seconds to get someone to stop scrolling? The answer is yes. Anything that grabs someone’s attention is a hook, and the better you get at creating it and throwing it into your Dream 100’s congregations, the more attention you will get.

I always picture my end customer sitting on the toilet or lying in bed, or sitting on the couch in the moments of their day that they are alone, holding their phone, scrolling through their feed on Facebook or Instagram. What hooks can I throw out that will cause them to stop scrolling and listen long enough to hear my story? Pay attention the next time you’re scrolling to what hooks grab your attention. Why did you stop? Why did you click play? What did the hook say, and how did it make you feel? Answering these questions will help you to become amazing at developing hooks.

Story: After the hook grabs their attention, you now have a small window to connect with them through story. There are two core goals from that story that you are about to tell them.

The story will increase the value of the offer that you are about to make. By telling the right story (or “epiphany bridge” stories, mentioned in Expert Secrets), you can show the perceived value of what you’re selling and the story will create a desire for them to buy now.

The story will build a connection with you as the Attractive Character and your brand. Even if someone doesn’t buy something today, if they connect with you, they will become your follower, and then your customer, and eventually your raving fan. Your stories will help them to build a relationship with your brand.

Your personality (or “your Attractive Character,” mentioned in DotCom Secrets) is becoming more and more vital to the success of your traffic campaigns. Anyone can throw up an ad and get someone to buy once, but if you are willing to share your stories, build a connection with your audience, and actually serve them instead of only selling them something, they will continue to buy from you over and over again. They will become your advocates and share your message and your ads with their friends.

Offer: The hook gets your customers’ attention, the story creates desire, and the last step of every message, post, email, and video is the offer. The offer doesn’t always mean asking people to buy something amazing, although this is my favorite type of offer. The offer could be as small as telling them if they “like this post” or “comment on my video” or “subscribe to my podcast” or “join my list,” you’ll give them a special thing in exchange. The better the offer is, the more likely someone is to do the thing that you actually want them to do.

The same thing is true with your ads. If you hook someone, tell them a story, and make them an offer and they still don’t buy, it’s likely that the offer isn’t good enough for them. You may need to tell a better story to increase the perceived value of the offer, or maybe you may need to make a better offer. Add more bonuses, increase how much they get, make it sexier—whatever they need for the offer to be irresistible.