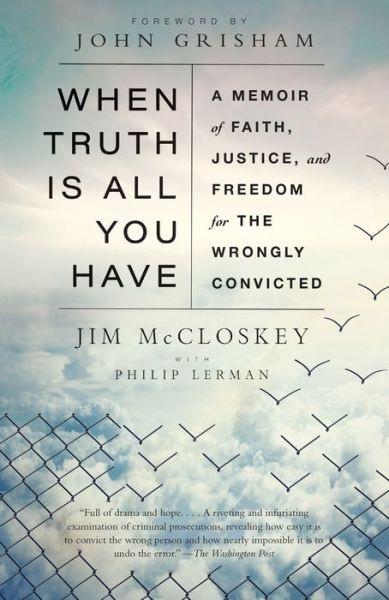 Neither of my parents came from a perfect home.

Far from it. When my mom, Mary, was about three years old, her dad—a successful buyer of fine linens for Gimbels department store in Philadelphia—left the house one morning in 1919 to go to work and never came back. Later, it turned out that in his travels he’d met a woman in Sioux City, Iowa, and had gone to live with her. My mother was just a toddler when her mom, devastated at being abandoned, had a nervous breakdown; my mom’s last memory of their lives together was sitting under the kitchen table, watching men in white coats come and grab her and take her away to the State Lunatic Hospital at Norristown, outside Philadelphia.

My father, whose name I share, didn’t have it any easier. His father left the family when Dad was in high school, to go live with his secretary. My dad’s mom was just as disturbed by it as my mom’s mom had been: She eventually descended into the sad, untethered life of the homeless, living in hovels and shelters in Philadelphia. I remember when I was a kid, she would come to our house at Christmas, smelling worse than anyone I’d ever met. She would give us Christmas gifts, but I knew my dad would take them the next day and return them to the department store from which she’d stolen them.

So, for better or for worse, these were my grandparents: men who abandoned their families, women driven crazy by the betrayal. Neither my mom nor my dad came from a home that engendered feelings of faith, or loyalty, or devotion, or fealty, or any of the higher qualities I’d later come to associate with the scriptures.

And yet. From the beginning, Dad was determined that his life would turn out differently.

It happened just after he graduated from the University of Pennsylvania, the summer of 1937. They met on a blind date on the Fourth of July weekend, on the boardwalk in Ocean City, New Jersey. For Dad, it was love at first sight. They immediately started dating. But soon after, he gave her an ultimatum that must have come from the depths of the pain of abandonment he experienced as a teenager but never spoke of as an adult: You date me and me only, he said, or you don’t date me at all.

She said goodbye, and he was heartbroken. He pined for her but didn’t pursue her, out of pride or fear or whatever motivates a man who grew up the way he did, in the times he did. He didn’t see her again until the Mummers Parade in Philadelphia on the first day of 1939. If you’ve never seen a Mummers march, imagine the goofiest parade you’ve ever seen, and double it. Thousands upon thousands of people line the streets; in those days women with parasols and men in bowlers watched brass bands and floats made up to look like army tanks or prop airplanes or royal thrones or God-knows-what, and guys with tinfoil hats with giant feathers, and clowns in cars and clowns on bicycles and clowns on other clowns’ backs, and in the middle of it all my dad looks over, and standing right there, on that same street corner, Chestnut and Broad Streets, is my mom. The woman who left him heartbroken. And somehow, in the middle of that ridiculous chaos, they had a moment of crystal clarity, and their true feelings overcame whatever pain had crossed between them. They patched things up and started dating again, and got married a year later. He moved her into a nice little house in the suburbs west of Philadelphia.

It was a good marriage, though maybe not a great one. Dad could be very difficult: He was a strict disciplinarian, and if you ever questioned his authority, there would be hell to pay. But he was a solid citizen with a good job; right out of college he went to work for McCloskey and Co., the construction firm owned and operated by his uncle Matthew. My father, Jim McCloskey, became something of a Renaissance man: He was a civil engineer, and yet he spoke Spanish fluently and played piano marvelously. He loved the classical composers: Bach, Beethoven, Tchaikovsky, all of that. He was an accomplished bridge player who could hold his own with the best of them. He was an artist, too; he would sketch our portraits, in pencil, and they were amazingly good. And when he wanted to, he could be the life of the party.

But most important, he was someone who took care of his family. He knew the importance of devotion and loyalty. I was very little when I learned just how much.

When I was five, my mother, just thirty years old, was stricken with polio. It hit like lightning in the night, as it did to ten thousand others that summer of ’47. She went to bed one Friday night feeling tired and feverish, like she had the flu. By Sunday morning, she was paralyzed from the waist down.

The next week, my dad went up to our neighbors’ house and got blistering drunk. He was never a big drinker before, as far as I know, and my neighbors told me later that it was the only time they or anyone else had ever seen him smashed. But he came back, sobered up, and from that moment on was absolutely devoted to my mother. For ten years, every Tuesday and Thursday, he would pile us all into the car to drive to a physical therapist in North Philadelphia.

Mom didn’t want anyone feeling sorry for her: Even through this tough time, she always kept a beautiful smile on her face, was always the one that everybody wanted to be around. She was determined not to allow paralysis to stop her from living a normal and productive life as a loving mother and wife. For example, she knew my dad’s deepest desire was to have a daughter, and so despite her condition, and the enormous difficulties she’d face, she agreed to try. And miracle of miracles, in 1954 Mom had a baby girl, my sister, Lois.

And as for Dad, he never strayed, as far as I know; he never complained; he never got drunk again, or anything close to it; he just did whatever he could to help his wife, my mother, the love of his life.

So if in my life I developed a sense of giving yourself up to someone else, of devoting yourself to those who have suffered terrible wrongs, hoping to right that wrong in the face of overwhelming odds—and the feeling of having faith when reason fails—it begins, in part, with my dad.

When Truth Is All You Have: A Memoir of Faith, Justice, and Freedom for the Wrongly Convicted
Jim McCloskey, John Grisham, Philip Lerman
Shop Now