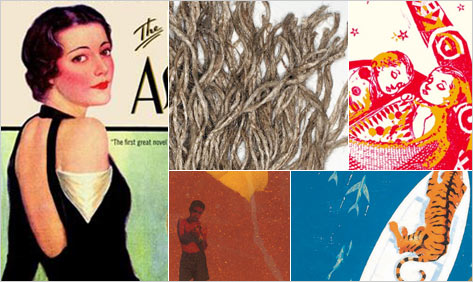 Editor’s note: on October 18th, Julian Barnes was announced as the winner of the 2011 Man Booker Prize for his novel The Sense of an Ending. More here.

The Man Booker Prize, for the best novel published in the past year by a citizen of a country in the British Commonwealth or the Republic of Ireland, is one of the most prestigious literary accolades given for a single work of fiction in the English-speaking world. In light of the October 18th announcement of the 2011 prize, the Review’s editors asked Harold Augenbraum, Executive Director of the National Book Foundation, presenter of the U.S. National Book Awards, to provide a bite-sized “take” on each Booker or Man Booker recipient (its sponsorship changed in the 1990s). He responded with precisely 25 words on each and every winner.

1969 — Something to Answer For by P. H. Newby — Who? Shockingly good. Graham Greene crossed with Steve Erickson: Personal and political melt into a man without memory. Appropriate that the Booker was a newbie.

1970 — The Elected Member by Bernice Rubens — Abraham and Sarah raise a different sort of dysfunctional brood. This is Sholem Aleichem’s “Tevya and His Daughters” made into a wonderfully contemporary, psychological novel.

1971 — In a Free State by V. S. Naipaul — No one writes better about how oppression oppresses everyone it touches, including the oppressor. The book’s last section is subtly complex and brilliantly nuanced. Marvelous.

1972 — G. by John Berger — Truly a reader’s book, with hints of Marx and Stendhal and Robbe-Grillet hiding within. No one mixes reason and art like Berger, every sentence intriguing.

1973 — The Siege of Krishnapur by J. G. Farrell — Start with a measure of stupid British commercial imperialism, add spoonfuls of ironic heroism, Anglican bible-thumping, and Victorian sexual naiveté. A real romance of cynicism.

1974 (shared) — The Conservationist by Nadine Gordimer — Everyone talks about Gordimer and race in South Africa, but she’s an incomparable artist with words, on every page a gem worth repeating to friends.

1974 (shared) — Holiday by Stanley Middleton — Middleton shows consummate craft in an exploration of marriage told in flashback. So many Bookers take place near water; it should be the (Sea)Man Booker.

1975 — Heat and Dust by Ruth Prawer Jhabvala — Hard to believe that this book was written by a German-Jewish woman from Britain. A stingingly vivid embedding of alienation in an alienating country.

1977 — Staying On by Paul Scott — This belongs to the “What were we thinking?” School of British Literature. It’s not post-colonial, it’s post-purpose. Read it with Scott’s Raj Quartet: They intersect.

1978 — The Sea, The Sea by Iris Murdoch — Insightful story of a retired man who pretends that forty years of an unfulfilled life do not exist. Intellectually intriguing and emotionally compelling: A masterpiece.

1979 — Offshore by Penelope Fitzgerald — Creeps up on you, like the tide, with great story rhythms. Chock-full of pathos, few sentences stand out, but the whole makes up for it.

1980 — Rites of Passage by William Golding — When historical fiction overlays contemporary sensibilities onto the past instead of trying to approximate that era’s sensibilities (see The French Lieutenant’s Woman), a corker results.

1981 — Midnight’s Children by Salman Rushdie — Winner of the Booker of Bookers (twenty-fifth and fortieth anniversaries). Not only one of the best but most representative of what the Bookers look for.

1983 — Life & Times of Michael K by J. M. Coetzee — It may be a cliché, but this book is like a traffic accident observed in slow motion. You grimace constantly but you can’t look away.

1984 — Hotel du Lac by Anita Brookner — As languidly sensual as the English get (again with the water!). In America they would call this a “snowbound” book, a modern classic of regret.

1985 — The Bone People by Keri Hulme — Reads like it was tapped out on a manual typewriter in a wilderness shack by a first-timer. Visceral and affecting. Among the Bookers, sui generis.

1986 — The Old Devils by Kingsley Amis — Codgers and regrets go together like horses and carriages. Not Amis’s best, but it’s a cohesive portrait of aging curmudgeons by the quintessential aging curmudgeon.

1987 — Moon Tiger by Penelope Lively — The most attractive, unrepentant female curmudgeon ever, passionate sex, intellectually exciting, and socially upending. My first Lively: couldn’t put it down, will read it again.

1988 — Oscar and Lucinda by Peter Carey — Carey specializes in extraordinary people in uncivilized environments. His language grows more ambitious with each book, with greater risks and more accomplishment. Read ’em all.

1989 — The Remains of the Day by Kazuo Ishiguro — I have read three perfect novels in my life, and this is one of them. The British class system as realism, symbolism, and metaphor. Brilliant.

1990 — Possession by A. S. Byatt — One hopes that literary prizes get it right sometimes. This is one of those times. Read slowly and carefully, and don’t skip over the poetry.

1991 — The Famished Road by Ben Okri — Raises the coming-of-age novel to the thrill of epic, candidate for the Great Nigerian Novel. Okri is a worthy successor to Achebe, predecessor to Adichie.

1992 (shared) — Sacred Hunger by Barry Unsworth — A post-swashbuckling saga of corrupt antiheroes on the Main, highly structured and powerfully languaged, a call-and-response plotting of moral relativism before the British abolition of slavery’s Triangle Trade.

1992 (shared) — The English Patient by Michael Ondaatje — The love stories twist you in knots while the beauty of Ondaatje’s language creates an internal landscape to match the sublime vastness of the desert.

1993 — Paddy Clarke Ha Ha Ha by Roddy Doyle — The title explains much of it. A kid’s romp in the not-quite-mean streets, and one of the best evocations of the “loomingness” of childhood.

1994 — How Late It Was, How Late by James Kelman — Who hasn’t awakened in an alley missing his shoes? Portrait of the downsliding of a soon-to-be down-and-out, the prose style mirrors the story’s blithery content.

1995 — The Ghost Road by Pat Barker — One of the best “if war is hell then the First World War is heller” subgenre books of political conflict writing. Like someone’s dark soul imprinted.

1996 — Last Orders by Graham Swift — A really affecting novel of community and regret, though since The Big Lebowski no one can throw a crematee into the sea without comic relief.

1997 — The God of Small Things by Arundhati Roy — One of those books that people say you should read because of its themes; instead, read it (aloud) for the sheer pleasure of hearing words.

1999 — Disgrace by J. M. Coetzee — Coetzee could win the Man Booker with every book. A man steadily loses control; in the face of gathering darkness, his social presence turns translucent.

2000 — The Blind Assassin by Margaret Atwood — Character-driven and illusive, the dissatisfactions of women intertwine in the fictions they tell themselves and one another through the generations. Kate Chopin meets Robertson Davies.

2001 — True History of the Kelly Gang by Peter Carey — For Americans, a revelation that other places had legendary bandits (Robin Hood? Joaquin Murrieta?). Carey’s fabulous style creates a link between language and life story.

2004 — The Line of Beauty by Alan Hollinghurst — Class and sex, sex and class. It beautifully brings out the status of gay men as “ethnics,” in an otherwise traditional British tale of “passing.”

2005 — The Sea by John Banville — Another Booker about old men and the sea (see Murdoch, 1978). Few novelists write more beautiful prose than Banville…and most of them are dead.

2006 — The Inheritance of Loss by Kiran Desai — It’s hard not to admire this book. A big, heart-rending story of Indians who leave and Indians who stay, and those who came and went.

2007 — The Gathering by Anne Enright — Very earnest story of sex, death, family, and middle-age desire. The sentences are so astoundingly ambitious that their risk-taking beauty can keep you from sobbing.

2008 — The White Tiger by Aravind Adiga — Surprisingly good, because some literary pundits badmouthed it for lack of complexity. The best of what happens when a journalist writes a socially relevant novel.

2009 — Wolf Hall by Hilary Mantel — English history is a fetish for the Brits, like Star Wars for the Yanks: They love to parade in costumes and jostle with their (anti)heroes.

2010 — The Finkler Question by Howard Jacobson — We’ve been waiting 800 years for the British Messiah, but instead of a messiah we get messhugah. Also read Kalooki Nights. It’s even better.

Harold Augenbraum is the Executive Director of the National Book Foundation, presenter of the U.S. National Book Awards. Asked what his favorite Booker Winners and Short List selections have been over the past 42 years, he responded, “The Sea, The Sea; The Sea; and C.”