A Gate at the Stairs 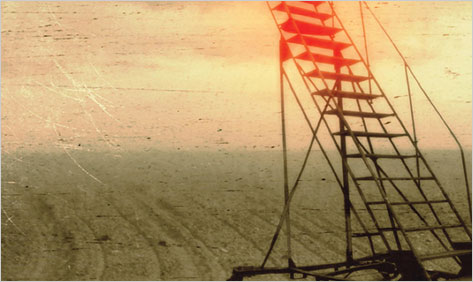 In a recent talk, Lorrie Moore suggested that twenty is “the universal age of passion” – the point at which the unique shape and expression of our feelings like love and disgust and fury becomes fixed. It is also, she observed, the perceptual halfway-point of most people’s existence. Our first two decades seem to pass as slowly as the whole of the rest of our lives, according to scientists, so that our early experiences carry vastly more psychic weight than those of adulthood.

It’s interesting to consider the impact of Moore’s own work by this metric, and not only because her ambitious new novel, A Gate at the Stairs, is narrated by a twenty-year-old. Since the publication of her first collection, Self-Help, in 1985, so many readers have identified with Moore’s witty, cynical and yearning failed-relationship stories at a similarly impressionable stage that her writing has become as formative an influence on American fiction as her hero John Updike’s was in an earlier era.

Self-Help, the young depressive’s answer to the dating manual, was my first exposure to Moore. In this debut story collection, which Knopf snapped up when the author was just twenty-six, the characters cheat or are cheated on; they are phoned by married lovers at pointless office jobs; they “make attempts at less restrictive arrangements,” only to “watch them sputter and deflate like balloons.” Reading the book back in college, my friends and I felt as if someone had distilled the essence of our own bad decisions and aimlessness into a terrible and irrefutable prediction that we would spend the rest of our days making the same mistakes we already had, only more so. Moore’s instructional second-person narration and knowing wisecracks leant her prose an aura of authority. Relationships are futile and hazardous no matter which way you go about them, Self-Help seemed to say, but you’re not going to give them up, so you may as well just gird yourself with dread, and soldier on.  Subsequent works, which I read in quick succession, induced to a lesser degree the same feeling of witnessing my own future car wreck.

When Moore’s Birds of America, appeared in 1998, however, I was thrown. Although precisely observed and often moving, the stories lacked the galvanizing concision of her earlier fiction. The humor was more acutely sardonic than ever, but—especially in “People Like that Are the Only People Here,” an astonishing story set in a children’s cancer ward—slowed by a new kind of bitterness and a wrenching, very adult pain that I couldn’t fully access and wasn’t sure I wanted to.

Before reading Moore’s long-awaited new novel, though, I went back through her body of work and was amazed to discover that many of the stories in Self-Help now seem tinny and monotonous, and some actually grate. In part this is due to their familiarity; returning to the characters and their predicaments after so many years is like beaming directly into to the mind of my twenty-year-old self (The fact that lesser imitators have drained the second person of freshness doesn’t help.) By contrast, Birds of America, Like Life, and Who Will Run the Frog Hospital?  revealed themselves as stronger works—deeper and more cohesive in their particular blend of anger, hopelessness, and nostalgia.

A Gate at the Stairs, Moore’s first book in eleven years, is set in a Midwestern university community in the months following  9/11. While it engages with familiar themes–deception, boredom, and failure in love; the laziness of youth; the cluelessness of parents–it also represents a significant departure for Moore, both in scope and tone, from what has preceded it. The novel is far more overtly political than her prior fiction, contemplating racism, fundamentalism, war, and liberal hypocrisy.

Tassie has already handed in her final papers and plans to spend winter break looking for work.  Although she interviews for nanny positions with one “fortyish pregnant woman after another,” there are no call-backs until she meets with Sarah, a restaurateur who coincidentally buys potatoes from Tassie’s father. Tassie is surprised to hear her dad’s rarefied produce spoken of approvingly; back home, the locals disdain his small operation, viewing him as a “hobbyist,” a “vaguely contemptuous character, very out-of-town,” even more ridiculous than the despised ginseng growers.

Sarah and her husband are trying to adopt, and she calls that very night to offer Tassie a job. Moore immediately sets up the tensions and affinities between Tassie and her new boss. “[E]ven once she had a baby,”  Tassie observes, Sarah “would never be able to shake the Auntie Mame quality from her mothering. There were worse things, I supposed.”  The bumper stickers on the back of her car  — “PERHAPS YOU WOULD DRIVE BETTER WITH THAT CELL PHONE SHOVED UP YOUR ASS” and “IF GOD SPEAKS THROUGH BURNING BUSHES, LET’S BURN BUSH AND LISTEN TO WHAT GOD SAYS.”  — add pointed confirmation.

The first prospective adoptee doesn’t work out, but Sarah eventually manages to get her hands on a toddler, a beautiful, friendly mixed-race child. She renames the little girl Mary-Emma (but calls her Emmie), bakes picture books from the library “to get rid of the germs,” and, to supplement the baby food, arranges to have risotto Fed-Exed home from her restaurant.  After a teenager shouts the “n” word at Emmie from his speeding car, Sarah starts a Wednesday-night support group for parents of mixed-race children. Tassie overhears their talks from her perch up in the nursery with the kids:

“Racial blindness is a white idea.” This would be Sarah.

“How dare we think of ourselves as a social experiment?”

The opinions downstairs were put forth with such emphasis and confidence, it all sounded like an orchestra made up entirely of percussion….

Every time a meeting convenes, the dialogue continues for pages, but the participants are barely, if at all, distinguished.

At its best, Moore’s uncanny dexterity for dipping into the flow of language–for detaching conversations from characters’ backstories, and evoking the realities of how people talk to one another—fosters a sense of universality After all, people really do misspeak, antagonize, and confuse. They air anxieties and grievances they had meant to suppress and then try to dispel the resulting awkwardness with bad jokes.  Yet the profusion of clever repartee in fiction can erode the reader’s sense of the characters as individual people worth investing in. Tassie is strangely jaded and politically informed for a girl with her background, and her rendition of events occasionally suffers from a satirical quality that threatens to undermine the realism and emotional resonance of the book.

When eventually it becomes clear that the adoption is in jeopardy, the plot takes on an urgency reminiscent of a good crime novel. Mysteries pile up: why is Sarah suddenly so dispassionate; who calls the house all day and hangs up; is Tassie’s boyfriend somehow related to the person who drives by at strange times, music blaring?  The hollowness of Sarah’s liberalism is expertly exposed, and Moore’s fusion of heartbreak and satire reaches alchemical perfection as the now-bourgie Emmie cries “Ciao, Mama! Ciao, Mama!” from the window of a departing car.

While Tassie’s relationships with Sarah and Emmie are genuine and complex, forming the heart of A Gate at the Stairs, the novel’s many subplots engage less fully and often fail to convince. There is the gorgeous, lying boyfriend whose zealotry, racism, and exit don’t feel supported by what has come before. There is the absent roommate, who is more remarkable missing than when she finally turns up. And there are Tassie’s parents and brother, who seem, until tragedy wrenches them into focus toward the book’s end, to exist largely as background.

For all the evidence supporting Moore’s claims about the shape of our passions at twenty, this latest book belies her argument that they become fixed. While deception in love often serves as her early works’ raison d’etre, here it detracts. Tassie’s lover is not sufficiently particularized to hold our attention as a character, and her feelings toward him are too ill-defined for us to empathize with her grief.  Through the peripheral storylines and the one-liners, it’s the fate of Emmie that resonates.  A Gate at the Stairs is, fundamentally, about the lies people — especially well-meaning ones — tell themselves.

Maud Newton’s writing has appeared in numerous publications. Her blog is at maudnewton.com.