A History of Loneliness

It’s been some time since “saints and scholars” sprang to mind when thinking of Ireland; “pedophile priests” and “Magdalene laundries” have pretty much taken their place. And tragic though it is — and because it is — this terrible, criminal mess has given rise to what is bound to be a long and rich strain of literature about the perpetrators and victims of abuse, the connivance of the Church hierarchy, and the loss of faith in a once predominantly Catholic nation. The subject has everything a writer could want: abuse of authority, intimidation, secrets kept, secrets revealed, arrogance, denial, hypocrisy, misogyny, brutality, forbidden sex, and the collapse, for better or worse, of an entire worldview.

A History of Loneliness, John Boyne’s ninth novel for adults, and his first set in his native Ireland, enters this field. It begins in the voice of his main character, a priest: “I did not become ashamed of being Irish until I was well into the middle years of my life.” This is Father Odran Yates, son of a suicide father — a failed actor and drunk — and a religious fanatic mother, to whom it was revealed during the Late, Late Show that her son had a vocation to the priesthood. In keeping with what we soon understand to be his passive nature, Odran accepted that calling without much self-scrutiny and entered the seminary in 1972, at seventeen. There his roommate is Tom Cardle, whose violent, abusive father decreed that he would be the priest in the family, whether he had a vocation or not. Odran witnesses Tom’s nightly torments of despair and his one attempt to escape his fate by running away — back home, alas, where his father beats him and returns him to the seminary with a broken arm. Tom becomes a priest and, as we eventually learn, a serial molester of children put in his care, with the result that he is moved from parish to parish as his misdeeds threaten to create a scandal.

Upon ordination, Odran is assigned to a comfortable post as chaplain, teacher, and librarian at a high school for boys drawn from the wealthy business class. But in 2006, after twenty-seven happy and undemanding years there, he is suddenly assigned to a parish from which Tom Cardle has just been transferred for inexplicable reasons — inexplicable to Odran, that is, who has been puzzled by Tom’s constant reassignments. 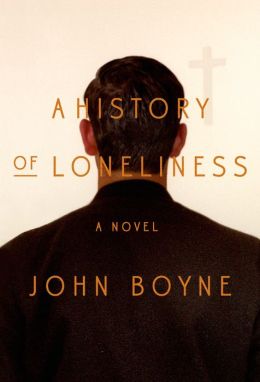 We have to wonder at both Tom and Odran: Why did the former not leave Ireland while still in the hated seminary and strike out on his own, as so many young people did in those years? To this there is no satisfactory answer. And how is it that Odran does not suspect, even by 2006, why his old friend keeps being transferred from parish to parish? It is possible that obtuseness is Odran’s way of getting through life. He is actively incurious and emotionally distant, traits that we begin to see may be his way of protecting himself, first, from the guilt he feels over the death of his younger brother in tragic circumstances I cannot reveal and, second, from the shame of his own moral lapse when he was serving in Rome the year before his ordination, an episode whose humiliating consequences blighted his ecclesiastical career. The nature of that sin is kept secret for much of the book, so I may not reveal it either, except to say that it struck me as both unbelievable and unnecessary. Not least because it is linked, most bizarrely, with the possible murder of Pope John Paul I.

The story, which moves back and forth through time, amounts to a confession, at first incomplete with salient details redacted, as it were, by an unreliable narrator; but eventually, it becomes an unsparing examination of conscience. Odran accepts that he has been guilty of willful ignorance, a failure and a sin that has led not only to misery and hatred but to at least one death.

The Church’s arrogance, criminal negligence, and avoidance of scandal at the cost of young souls is personified in Boyne’s fictional archbishop of Dublin, a villain almost too gratifyingly bad to be true. Fattened on power and high living, and with whiskey in hand, he derides nuns, justifies priests who terrorize their students as “fierce holy men,” and rails against those who would expose the rot in the Church (“we must bring the media to heel”). Boyne lays it on pretty thick; on the other hand, the attitude and deeds of the Church hierarchy in Ireland really did approach the incredible. The white-hot anger of its victims and of the Irish people in general arose — and arises — in response to the acts perpetrated upon helpless children and the Church’s criminal conspiracy not only in covering it up but in allowing it to continue. This disgust and rage owe much, too, to the sanctimoniousness of the clergy in its long tradition of rebuking lay people for their appetites and longings, and excoriating them for their sins, so paltry, in many cases, in comparison to their own.

The novel has a strong polemical thrust, one made all the balder by the absence of any admirable members of the Irish Catholic clergy. Indeed, the only priest who is also a good man is Italian — and he turns up dead. The story comes to an end in 2013 in an air of dyspepsia, with Odran staring out the window at not-so-dear, but still decidedly dirty, Dublin in her material and spiritual squalor: “This is what Ireland had become,” he thinks, suffused with his own shame, “a country of drug addicts, losers, criminals, pedophiles, and incompetents.”