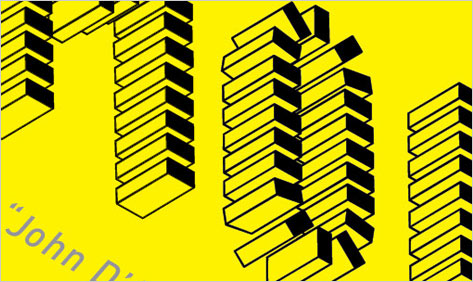 Books, like radioactive elements, have half-lives: ten thousand readers in the first year of publication, five thousand the year after that. After a decade the detector clicks only once every few weeks; in a century almost all books are spent. They sit on the shelves of secondhand bookshops and library stacks like so much lead. John D’Agata knows this: he is the author of the highly-regarded essay collection Halls of Fame (2001), and the editor of The Next American Essay (2002), an anthology of innovative nonfiction which is still glowing greenly in the dark eight years after its publication. D’Agata is an expert refiner of rare earths, a centrifugal concentrator of the strange energy given off by certain works of literature — and yet, as his new book, About A Mountain, makes clear, even the most intensely distilled language may not give off enough power to save us from ourselves.

About a Mountain is set in and around Las Vegas, Nevada, where D’Agata helped his mother resettle in the summer of 2002. Newly arrived in “the new all-American city,” he is a near-bystander to two gloomy events, from which the book precipitates: the vote in the U.S. Senate, on July 9, 2002, to approve a national nuclear waste storage facility at Yucca Mountain, Nevada, and the suicide, a few days later, of a sixteen-year-old boy named Levi Walton Presley, who jumped from the observation platform of the Stratosphere Hotel on the Vegas strip.

On the face of it, the Yucca Mountain vote seems like the grimmer portent. The fruit of a public-relations scheme to reassure Americans that nuclear power poses no threat to their well-being, the national nuclear waste storage facility was slated to be built in Nevada because no other state would have it (the plan has since been shelved by the Obama administration, a decision which may have come too late for D’Agata to mention in his book). To anyone but a government, the plan would have seemed like madness. Yucca Mountain, far from being the “cool and dry” location promised by the Department of Energy, is actually drenched in water laced with corrosive minerals; also, the site sits atop the Bow Ridge fault line. Worst of all, the transportation of thousands of truckloads of nuclear waste to Yucca Mountain begs the question of what could happen if even one of those trucks were to flip and catch fire in the “spaghetti bowl” of Las Vegas’s highways, a possibility that D’Agata considers in detail:

In that case, the steel girder straps on the spaghetti bowl’s ramps would have to be removed, scrubbed, tagged, and then stored indeterminately in a repository all their own.

Every black span of asphalt would also have to go.

The bolts connecting each sign to the spaghetti bowl’s sides.

And so on, and so on. The enumeration is inordinate, patronizing, numbing, and ultimately very effective; it reminds us that what is at stake is not an abstraction, but a city, half a million or more human lives.

And yet even the abandonment of Las Vegas comes to seem like a small catastrophe when you think of how toxic all that waste actually is. The best, and most surreal, parts of About a Mountain concern the design of a warning sign to keep people away from the Yucca Mountain site until the radiation subsides to safe levels: a process which was officially estimated to take ten thousand years, although it would probably have been more like a million. What sign would tell people 10,000 years from now, Keep Out? Would it be the “Poppin’ Fresh Universal Sign,” a kind of gigantic meat thermometer meant to shoot up out of the earth when the mountain is ready to serve? Or would it be “Pull My Finger,” a “gigantic mound of our own human filth” so disgusting that people wouldn’t be able to get close to it? What material could even last ten millennia? (The only one that stands a chance, it turns out, is an artificial compound called “Synroc,” although it hasn’t been around long enough for anyone to know for sure.) What words, if any, will still be understood? In the end, it turns out that the Department of Energy planned to construct a series of twenty-foot high pyramids, inscribed with the face from Edvard Munch’s The Scream, the idea being that our pain will still be legible even when our language is lost.

Which brings us to the book’s second topic: suicide. Munch was a suicide, as D’Agata reminds us, and so was Levi Walton Presley, who jumped from the tallest freestanding observation tower in the United States one Saturday night. D’Agata, who was volunteering for the Las Vegas suicide hotline that summer, thinks that he may have talked to Presley; doubt and guilt drive him to learn what he can about the boy. Sadly, it isn’t much. He’d competed in a Tae Kwon Do tournament the morning before his death; he’d lost. He made drawings. And he was not alone: every year, D’Agata tells us, about 300 people kill themselves in Las Vegas, making it the nation’s suicide capital. A fact which the city’s boosters, as he also tells us, work hard to forget.

Is there some sort of Pynchonian pattern to be discerned here, a terrible shape that appears when the dots are connected? It’s tempting to think so. On the one hand, a city of famously gaudy signs — the “decorated sheds” Robert Venturi and Denise Scott Brown gawked over in Learning from Las Vegas — and on the other the terrible realities which they reveal, or cover up, or make possible (the Stratosphere Tower being itself a gigantic sign for the casino and hotel beneath). Elvis on the one hand, and on the other, Levi. Have we put our faith in the wrong gods? It would be possible to make the inference, but D’Agata resists conclusions, one way or the other:

I do not think that Yucca Mountain is a solution or a problem. I think that what I believe is that the mountain is where we are, it’s what we now have come to — a place that we have studied more thoroughly than any other parcel of land in the world — and yet it still remains unknown, revealing only the fragility of our capacity to know.

Epistemologically speaking, this is a safe move. Conclusions are problematic — read the end of The Crying of Lot 49 if you want to see a genius avoid them — and certain knowledge is hard to come by, especially when you’re talking about politics, or suicide, which may be the two human proclivities data is most pained to explain. Still, some things are known. D’Agata knows many of them; he has certainly done his homework, and his legwork, preparing to write this book. I only wish he’d been more frank about what the signs all said: that Yucca Mountain, like Las Vegas, is a testimony not to the fragility of our knowledge, but to our enormous powers of self-deception. We’re lucky that the nuclear waste site isn’t going forward, and that our descendants three hundred and thirty-odd generations hence won’t stumble on Munch’s screaming head, carved on Synroc pyramids forever.