American Warlord is a grim tale, finely told. Still, no matter how much flash and spellful complexity reporter Johnny Dwyer brings to the story of the Taylor family’s atrocious rule in Liberia, few will escape a disgust that vaporizes one’s expectations of human decency, leaving behind a deep, miasmic funk. You’ll need medication: buy a tank of pure oxygen and take repeated pulls; listen to a sappy, gladdening song, over and over.

Don’t, however, let this dissuade you from reading American Warlord. It arrives like a good and proper dash of ice water applied to the face. Wake up, because this portrait of terror is being lived out contemporaneously. Chucky Taylor, Jr., the object of our ire, is hardly a rarity, but another in a long line of blood-soaked dictators. If Chucky clears some of the hypocritical smoke that surrounds “enhanced interrogation” — let’s call it torture — that’s because he didn’t fudge. He left too many victims alive to care much about what people thought.

This is an important point — our responsibility and conduct toward humanity — which Dwyer drives clearly home over the last third of the book, though his overall project is bigger: a full picture of the Taylors turning Liberia inside out over six years of rapine, frothing paranoia, loose-cannon cruelty, and murder. They were not the first of this breed in Liberia nor, as Dwyer indicates, the last, but their sense of impunity made them an international spectacle that brought the limits of cultural relativity into relief. 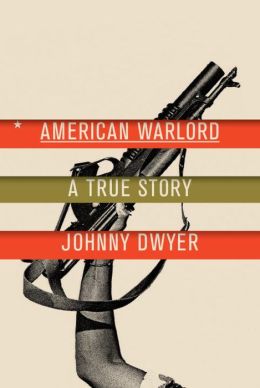 The history of Liberia is, unsurprisingly, a crucial part of the Taylor puzzle, and it gets close reading from Dwyer. The origins of the country lie in white America’s fretting over the impact of freed slaves — the “problem” of emancipation. In 1822, the American Society for Colonizing the Free People of Color of the United States started shipping free blacks to an uncolonized slice of the Grain Coast of West Africa. “We should send to Africa a population partially civilized and Christianized for its benefits; our blacks themselves would be in a better situation,” as a society founder put it. (Henry Kissinger showcased the same smug superiority when it was mooted to bring Chucky up on torture charges: dealing directly with human rights violations risked “substituting the tyranny of judges for that of governments; historically, the dictatorship of the virtuous has often led to inquisitions and even witch-hunts.”) The Grain Coast had long been associated with the slave trade — as well as melegueta peppers and unicorns — and the coastal population were “fluent and experienced providers of slaves to the Portuguese and Spanish traders but also seasoned combatants in the internecine wars that came with competition in the trade.”

Predictably, a division sprang up between the Americo-Liberians and the indigenous peoples. The Americos brought a plantation lifestyle to the country and, in time, a corrupt political culture that passed position and privilege from one generation to the next. As it was never formally colonized, it was not obvious how Liberia would adapt to the postcolonial period. But ideological struggles were not the country’s strength or weakness — a far cry from Kwame Nkrumah or Lt. Jerry Rawlings — nor would the traditionally close U.S. ally experience interference on the superpower fronts. Power relations would shift, though not seismically, from the barrel of a gun.

Charles Taylor understood about power. He was born into Americo-Liberian lineage, but not the cream of it. To gain entry into the elite, a Western education had cachet. Taylor moved to Boston; mixed with African émigrés and exiles; fathered a son (Chucky); moved back to Liberia to join the coup makers of Sgt. Samuel Doe; fled to the U.S. when Doe became suspicious of him; fell afoul of embezzlement charges that found him in the process of extradition to Liberia; escaped and fled to Africa and eventually Libya, where he received training in guerrilla warfare; and finally returned to Liberia in 1989, leading the National Patriotic Front of Liberia, a coalition of ethnic militias. “Fighters milled around [Taylor], holding automatic rifles, clad in mismatched military and civilian gear,” Dwyer writes. “Some of the men wore corsets, top hats, welding goggles, and large crucifixes.” Some specialized in amputation — and children (“Children were reliable because they didn’t question orders,” especially when jacked on intoxicants) in a campaign of terror and shadowy guerrilla attacks against the Liberian government and Taylor’s revolutionary rivals, while occupying a great hunk of the country’s middle: “Taylorland.”

And Taylorland functioned: a newspaper, radio, television, a currency of value, foreign investment; the capital, Monrovia, not so much. Taylor spent eight years consolidating power — working instrumental tribal affiliations, patronage networks, and secret societies (Masons, Odd Fellows, Sisters of the Mysterious Ten, Poro, Sande) — before ultimately taking Monrovia. The U.S. dithered, but there were communications and intelligence facilities to consider, so the embassy helped negotiate the transfer of power to Taylor when Sgt. Doe became a liability. They would also help remove Taylor when he became too unbalanced. Breathe in, breathe out.

Meanwhile, back in the U.S., in Florida now, Chucky was making trouble of his own, with anger management issues expressed through gang activity. Out of the blue, the elder Taylor made contact with the younger. Chucky traveled to Liberia to meet his father, whom he had never met, the elder having left the family when Chucky was just a child, but something clicked: Chucky liked what he saw: an educated, charming, well-spoken man surrounded by a profoundly violent atmosphere. Liberia was Chucky’s Florida milieu on steroids: “armed gangs, territorial feuds fueled by the imperatives of violence.” That summer of 1992, Chucky got his first murder under his belt, shooting a prisoner.

After a failed Halloween night assassination attempt on his father in 1996, Chucky had a brainstorm: “A lot of those guys I see around my father they smile too much. I’ve been thinking that I want to organize a group that would be really mean.” Chucky was protective, insecure, and seeking approval, and what better way than to provide for his father’s personal safety? Along with a trusted mercenary, Gambian Jacques, Chucky formed the Anti-Terrorist Unit (ATU). Many of its recruits were drawn from the Small Boys Unit, well steeped in the schools of fear mongering and random murder. Dwyer admirably tries to get into the ATU’s collective head, to understand what motivated their insensate cruelty, fingering antisocial behavior and narcissistic personality disorders — he brings in Steven Pinker to consult — or maybe it was as simple as Auden’s “Those to whom evil is done / Do evil in return.” The ATU would guard Taylor senior, who had enemies from disgruntled mercenaries to Monrovia’s upper crust, but the ATU was not above generalized mayhem. They were also Chucky’s ticket to power and, finally, prison.

Dwyer spells out graphically the incomprehensible level of violence ushered in by the Taylors, because it is a story that needs to be told, if only for its victims’ sake. He is crack, as well, in delineating Taylor senior’s fiefdom: “Taylor’s government bore all the markings of a traditional organized crime family: the state-run industries and major export businesses were rackets that Taylor allowed his loyalists to exploit in exchange for a percentage of their earnings. . . . He could not be called a criminal, because he had legalized all the rackets.” Others were happy to join in, including corporate investors (such as Firestone Rubber) and independents with an eye on Liberia’s potential gold and diamond reserves — “Their chief asset . . . was the willingness to turn a profit on the back of a wounded and traumatized nation” — as Taylor ran blood diamonds for the rebels in Sierra Leone. This state of affairs reigned from 1997 to 2003.

It would all come crashing down. Too sick and unstable an enterprise, it wasn’t built to last. By the end, Liberia would rank 174 out of 175 on the UN’s Human Development Index. Chucky Taylor — Chucky, heaven help us — is now under a ninety-seven-year prison sentence in the United States for a numerous crimes, including torture (despite Henry K.’s dire warning about the inadvisability of such a tack). Former insurrectionist, warlord, and president of Liberia Charles Taylor is currently serving fifty years in an English jail for war crimes committed during his personal feud with Sierra Leone. His crimes were so villainous and vast, this sentence-of-convenience is akin to Al Capone getting nabbed for tax evasion. Unlike Al, Taylor will likely die in jail. Time off for good behavior isn’t in the cards. It was never one of Taylor’s long suits.