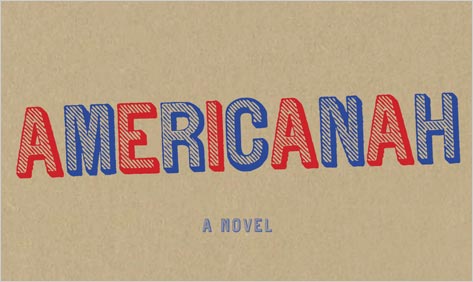 Bitter over her failure to be taken seriously, a fictional African-American writer whom Chimamanda Ngozi Adichie places in New York complains: “You can’t write an honest novel about race in this country.” Americanah is an attempt to do just that, with trenchant observations about social distinctions in not just one country, the United States, but Britain and Nigeria as well. Adichie located her first two — award-winning — novels, Purple Hibiscus (2003) and Half of a Yellow Sun (2006), entirely within her native Nigeria. However, her third novel, set in three countries in three continents, is an affirmation of literary globalization. Like Open City (2011), which Teju Cole, who also divides his time between the United States and Nigeria, set in New York, Brussels, and Lagos, Adichie defies the glib categories of nationality. Does she belong to American literature? Nigerian? Americanah is cosmopolitan fiction that seeks universal truths in the particulars of three distinct cultures.

The novel begins in Trenton, New Jersey, in a braiding salon where a young woman named Ifemelu has gone to get her hair done by African émigrées. After thirteen years in the United States, she will soon fly back to Nigeria. Though the narrative returns to the salon from time to time, much of Americanah takes the form of extended flashbacks to Ifemelu’s childhood in Nigeria and her experiences in the United States. She moved to Philadelphia to study at a place called Wellson College, supporting herself through menial jobs she used a borrowed Social Security card to qualify for. After graduation, she lives with a rich white boyfriend in Baltimore and, after breaking up with him, an African-American professor in New Haven. A fellowship at Princeton brings her to the braiding salon in Trenton. The novel also recounts the experiences of Ifemelu’s high school sweetheart, Obinze, as he struggles to make a living in London and avoid deportation. He fails at both but, with the help of a crooked tycoon called Chief, becomes rich and respected back in Lagos. After about 400 pages of back-story, Adichie is ready to move Ifemulu out of the hair salon and back to Lagos, where the plot turns increasingly sudsy: Though Obinze has acquired a beautiful and supportive wife and a darling daughter, he and Ifemelu are still passionately in love.

In the United States, Ifemelu becomes an Internet celebrity by writing a popular blog called Raceteenth or Various Observations About American Blacks (Those Formerly Known as Negroes) by a Non-American Black. Though its stated focus is on what it calls the four kinds of American tribalism, “class, ideology, region, and race,” for Ifemelu, the first of these is race. “I did not think of myself as black,” she says, “and I only became black when I came to America.” As an outsider, an American African, Ifemelu — and, through her, Adichie — notices nuances in the relations between and within what the culture calls races that even African Americans take for granted. Back in Lagos, she becomes an “Americanah,” a returnee who is more attentive to Nigerian mores than are friends who stayed behind. In London, Obinze experiences race differently, colored by English concern with class. At a posh party in Islington, a fellow Igbo observes, “It seemed to me that in America blacks and whites work together but don’t play together, and here blacks and whites play together but don’t work together.” Americanah is filled with such provocative aperçus and vivified by its awareness that not all people of African origin speak with the same voice — though all share euphoria in the election of Barack Obama. It provides white American readers the privilege of eavesdropping on the conversations of Africans, African Americans, and African Britons of a variety of backgrounds and personalities. Ifemelu’s encounters with tipping (“a forced and efficient bribing system”), American football (“just overweight men jumping on top of one another”), and depression (“We don’t talk about things like depression in Nigeria”) defamiliarize features of the American cultural landscape. When she hears sentences such as “You shouldn’t of done that. There is three things. I had a apple. A couple days. I want to lay down,” a reader might conclude, with Ifemelu: “These Americans cannot speak English.”

Though Ifemelu dismisses Huckleberry Finn as “unreadable nonsense,” she bonds with Obinze over James Hadley Chase’s thrillers. Obinze does not share her enthusiasm for Graham Greene’s 1948 novel The Heart of the Matter, but she explains: “It’s real literature, the kind of human story people will read in two hundred years.” Not quite that kind of human story, Americanah, which might have benefited from judicious pruning, will do for the next couple of years. It provides a long and soapy immersion in distinctive lives lived here and now.