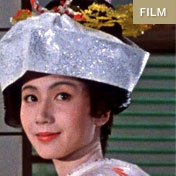 One needn’t give a hoot about astrology to be visited by an extrasensory tingling when reflecting on the fact that Yasujiro Ozu (1903-63) — a paragon of cinematic equipoise — died on his birthday. The films for which the director is most known, like Tokyo Story and Good Morning, exhibit a formal harmony that emerges from Ozu’s use of static shots that encase even the most comic and tragic components of his movies in silken understatement. In his final work, An Autumn Afternoon, Ozu tells a simple but deeply nuanced story about a widower’s warmhearted efforts to marry off his daughter. Shuhei Hirayama (played by Chishu Ryu) is prodded by his former schoolmate, Koichi (Keiji Sada), to introduce his daughter to a suitor whom Koichi has picked out. Hirayama believes his daughter to be unready for such a step and dismisses the idea — but an episode that follows gives him second thoughts. After a night out with their former classmates and teacher (Eijiro Tono), whom the chums affectionately still refer to as “the Gourd,” Hirayama and Koichi drop the inebriated teacher at home. There, Hirayama witnesses the sad fate that has befallen the Gourd’s middle-aged, unmarried daughter as she tends to her dipsomaniac father. Against the backdrop of this deceptively mundane plotline, Ozu slips in grander themes: the ambivalence shouldered by Japanese men who are mindful of the steady Westernization of their country, and the growing enfranchisement of women who are anything but passive. This gem of a movie makes the work of innumerable other talented directors seem hysterical by comparison.

Previous Previous Post: Florence Nightingale: The Making of an Icon
Next Post: Views You Can Use: Atlases 2008 Next