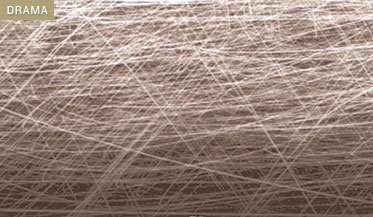 “Why does this fear float always in front of my heart?” The Greeks were connoisseurs of foreboding; on their open-air stages they replayed their traumas, over and over again.

We know from the scraps left to us that innovation was gradual — the same stories, borrowed from history and myth, were put through ever more complicated paces. First there was the chorus, a choir singing narrative songs. Then the first actor stepped away from the chorus members and began to bandy with them. It was Aeschylus himself who introduced the idea of a second actor, making possible conflict as we know it. And actual fiction — stories made from scratch — didn’t come till well after the golden age of Greek drama, with Agathon. Theater was so new that new stories weren’t necessary. The greats — Aeschylus, Sophocles, and Euripides — were content to fiddle with old tales, rearranged.

So Anne Carson’s experimental An Oresteia actually fits into Greek tradition. The original Oresteia itself fiddles with Homer, taking up the story of Agamemnon’s return from the Trojan War of The Iliad, something that we hear about, through rumors, in The Odyssey. But it stands as the most complete, self-contained monument of Greek drama, being the only full-scale trilogy we have from a single author — Aeschylus, in this case. Aeschylus was the oldest and most regal of the tragedians, and in his trilogy he wanted to bridge the cognitive gap between bloody prehistoric myth and democratic Athens. He created a foundation myth, a Great American Novel for Greece.

As all Greek audiences knew, Agamemnon was slain on his return to Argos, murdered in his bath. Clytemnestra, his own wife, killed him, on the grounds that Agamemnon himself had sacrificed their daughter, Iphigenia, in order to get a favorable wind on the way to Troy. Thus in the first section of his trilogy, Agamemnon, Aeschylus finds a revenge triangle, a perfect example of barbaric blood law. No one is in the right, everyone suffers — Aeschylus teaches us what a tragedy can be. But the second play, The Libation Bearers, pulls us out of our passive horror. By bringing Agamemnon’s son, Orestes, out of exile, so that he can avenge his father and murder his mother, Aeschylus dares us to believe that the trilogy’s namesake is a hero, a righteous avenger, even though it is his mother he has murdered. At the play’s end Orestes turns to see the Furies who will now haunt him, “the bloodhounds of my mother’s hate.”

The genius of The Oresteia, aside from Aeschylus’ nonstop verbal performance, lies in its conclusion, The Eumenides. With our suspense hanging on the question of Orestes’ justifications, Aeschylus introduces a new device: trial by jury. Duty-bound to avenge his father but automatically a pariah once he commits matricide, Orestes is like a bug that has crashed the old system of honor codes. Athena intercedes to convene a jury of 12 citizens, to break the cycle of bloodshed, and she talks down the furies with a beautiful, repetitive, calming speech. They will soften themselves and roost as household gods in Athens. Reaching down into to the muck of mythic chaos, Aeschylus touched the foundations of his civic Athens. “Time in his forward flood shall ever grow more dignified for the people of this city,” he has Athena say, surely gratifying his audience.

But neither The Eumenides nor The Libation Bearers appear in An Oresteia; related plays by Sophocles and Euripides substitute. Carson, who has mixed and matched with Greek myth before, notes that this arrangement was suggested by a New York theater director, who wanted an Oresteia that would arc through classic Athenian history, ending not on the triumphant note of Aeschylus (writing at the height of Athenian Empire) but in the dark days of the Peloponnesian War, shortly before Athens fell to Sparta. That difference is palpable, in Carson’s book, but general readers will be more interested in the difference between this book and Aeschylus’. It’s a rare opportunity to apply the scientific method to literature: Aeschylus represents the control experiment, Carson the variable.

A classicist as well as a playful poet, Carson has a great deal of scholarly capital, which she spends freely. In her Agamemnon, she seizes on Aeschylus’s habit of neologisms, calling arrogant Clytemnestra “manminded” and describing a living dream as “dayvisible.” Screams are rendered in onomatopoeic Greek, “OTOTOI POPOI DA! Apollo! O!pollo! Woepollo! O!” and sometimes sound silly. But she wields Agamemnon’s most important line — “Count no man happy until he dies happy,” with blunt concision.

By substituting Sophocles’ Elektra for The Libation Bearers, Carson shifts the focus from Orestes to his older sister, a bitter unmarried woman who is unsure, Hamlet-like, whether she should avenge Agamemnon. “He is my father,” she says in one of Carson’s most chiseled moments, “I cannot not grieve. Oh my friends, Friendship is a tension. It makes delicate demands. I ask this one thing: let me go mad in my own way.” The Libation Bearers, easily the most perfunctory part of Aeschylus’ trilogy, is not missed. But Sophocles, a minimalist, tastes relatively pale when sandwiched so tightly between Aeschylus and the third playwright, Euripides.

Carson proved her affinity for Euripides in Grief Lessons (2006), a collection of four of his plays. Of the three greats, Euripides is the least mythic and most human, most likely to render forgiveness but also most given to random violence. Carson concludes her trilogy with his Orestes, a bleak play that deprives our hero of his civic redemption, condemning him to miserable fallibility. To this end, Euripides’ Electra talks a brilliant, modern-day sarcasm: “Orestes did it; I helped,” she says, referring to the matricide. “Kudos were not universal.” Euripides has shifted the time scale: juries already exist, and Orestes’ vigilante justice is therefore criminal. Read in the same sequence with Aeschylus’ Agamemnon, the effect is surreal: around the forbidding palace, modern institutions spring up overnight.

An Oresteia shouldn’t be your first Oresteia, though it’s tempting. Euripides’ Orestes is a rarity, but the other two plays are classics among classics. And the concept is somehow very loyal to our experience of the whole Greek canon. Carson’s short, readily understood lines do not engross so well as more traditional translations, by scholars like Richmond Lattimore or Robert Fagles. Other poets, like Robert Lowell, have attempted an easy-to-hear, poet’s Oresteia, but Lowell based his version on Lattimore. Ted Hughes wrote the most impressive contemporary Oresteia, but he enjoyed his own metaphor-making skill too much to be strictly reliable. Carson, a scholar as well as a poet, replaces the negative question of reliability with the positive quality of conjecture; she has assembled the most provocative Oresteia in recent memory.

Benjamin Lytal lives in Brooklyn and teaches at the Pratt Institute. His criticism has appeared in the Nation, Bookforum, and the Los Angeles Times .