Ascent of the A-Word: Assholism, the First Sixty Years 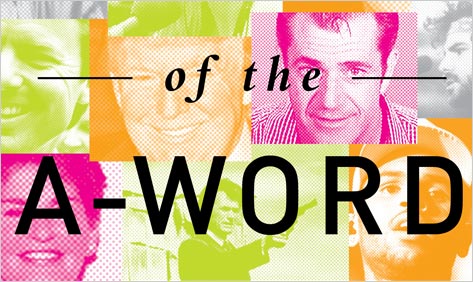 I’ll risk the charge and begin with an objection. Charlie Sheen did not, as Dr. Geoffrey Nunberg rather unreflectively writes at the beginning of his book, suffer a “drug-addled meltdown” in early 2011. Quite the contrary. The millionaire actor was not addled, neither did he melt. The drugs he was on — whatever they were — had the effect of hardening and sharpening Sheen’s on-camera presence, supercharging his intellect and driving his every utterance deep into the popular ear. As he put it himself at the time: “I am battle-tested bayonets, bro.” The idea that this vatic, bionic, fiery-eyed rhetorician was in any way falling to pieces belonged exclusively, as far as I could tell, to lazy newspapermen.

But our author’s attention is elsewhere, which perhaps accounts for the momentary lapse into journo-think. His concern is more with the question of whether Charlie Sheen is an asshole. (Hint: he is.) And in this matter I am quite content to sit at Dr. Nunberg’s feet and be instructed — as will you be, dear reader, because with the hugely enjoyable Ascent of the A-Word we are right on the cutting edge of asshole studies. What is an asshole? What does it mean to be an asshole? What does it mean to call someone else an asshole? And why, in 2012, do we seem to be dealing with more assholes than ever? If these questions are of interest to you at all, read this book.

Hitler, Stalin, Osama bin Laden — these, Dr. Nunberg explains by way of easing us into the subject, were not assholes. Their offenses were too terrible, the scope of their wrongdoing too vast and alien. Your idiot boss is an asshole, as is your annoying brother-in-law, your ungrateful upstairs neighbor, and the cop who gave you a ticket this morning. Asshole is “a word we reserve for members of our own tribe… It signals indignation, with an undercurrent of contempt, an emotion you can only feel towards those you feel both superior to and familiar with.” Contempt, superiority — such bitter things. Surely Dr. Nunberg cannot mean to suggest that by naming the asshole who stands before us, we risk being assholes ourselves? But that is precisely what he is suggesting. He calls it, in a resonant phrase, the moral logic of assholism. “Like stupidity, which it closely resembles, assholism is suffused with moral certainty — not just on the part of the assholes themselves but also from those who level the charge.”

So now we’re all assholes, willy-nilly? Not quite. There does exist an essential asshole, and the point about him is that while he acts like an asshole, he doesn’t know he’s an asshole. His asshole nature keeps him in the dark. “At the heart of assholism,” writes Nunberg, “is a culpable obtuseness – about one’s own importance, about the needs of others and the way one is perceived by them.” While stressing that this use of asshole was never “coined” (“It isn’t one of those items like pizzazz or beatnik that a clever columnist or copywriter can drop into the language some Tuesday morning”), he locates its origins in pre-WWII army slang — an environment where in due course it was picked up by the large and swiveling ear of the young serviceman Norman Mailer. From Mailer’s The Naked and the Dead: “Lieutenant (sg) Dove, USNR. A Cornell man, a Deke, a perfect asshole… He had announced to everyone that his rank was equivalent to captain in the Army… He had told the officers this in officer’s mess on Motome and had been loved accordingly.”

The Naked and the Dead was published in 1948, but the A-word didn’t really happen, societally, until the ’60s. As the concept of “phoniness” — Holden Caulfield’s great bugbear — weakened, and class-based words like lifestyle, upscale, trendy, and entitlement entered the parlance, so asshole, repurposed for the future, began its irresistible rise. Dr. Nunberg has the charts to prove all this, incidentally, of which the most fascinating is the one that shows the nearly identical upward progress, between the years 1950 and 2000, of asshole and empathetic — empathy, of course, being the Kryptonite of assholism. (Another word that neatly follows the asshole curve is narcissist.)

Dirty Harry, est, feminism, the conservative movement… The Web, that womb of assholism… I’m barely scratching the surface of this rich and educational book. Dr. Nunberg first conceived of it in 2005, pre-Obama, pre-backlash, during “what in retrospect seems almost an idyllic age of comity.” Ann Coulter — now, is she an asshole? So much of her energy has been spent in the knowing production of assholic verbal events, for the purpose of enraging the assholes on the other side… She’s a kind of asshole provocateur. We need a single word for that, don’t we, a new word. Dr. Nunberg?