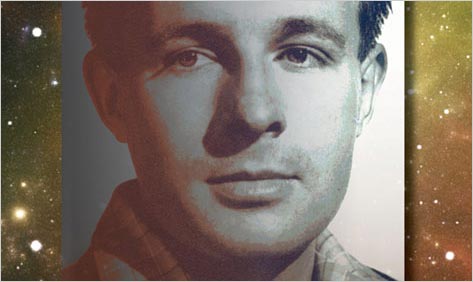 These days, when it’s common to see adults engrossed in Harry Potter on the subway, and the edgiest shows on HBO are about vampires and dragons, it’s hard to believe there was once a time when sci-fi and fantasy fiction were confined to a cultural ghetto. But in his new study, Becoming Ray Bradbury (Illinois), Jonathan R. Eller shows that being a sci-fi writer in pre-World War II America was thoroughly unglamorous — less a career than a dubious kind of hobby. Ray Bradbury himself was an undistinguished high school senior when he joined the Los Angeles Science Fiction League in 1937, and in the years that followed he seemed likely to remain in that amateur realm: sending his stories to mimeographed fanzines, scraping together bus fare to attend annual conventions. The highest glory available was to publish in “prozines” with names like Astonishing Stories and Thrilling Wonder, which actually paid their contributors — sometimes as much as a penny a word.

As Eller shows, Bradbury cherished a secret sense that he was marked out for something greater. “I believe there was always one core of belief in me that burned from the time I was twelve on: I want to be different, to be different from everybody else… It is only that hard core of wanting to be different that separates the true artist, I believe, from the man who writes merely as a means of livelihood.” Eller’s book is an academic study, charting Bradbury’s early career in thorough, at times numbing detail, up to the publication of the three books that made him famous: The Martian Chronicles, The Illustrated Man, and Fahrenheit 451, which appeared in rapid sequence in the early 1950s.

But it is easy to imagine a novelist turning the young Bradbury into a character like Jude Fawley, in Hardy’s Jude the Obscure: a gifted man, cut off by poverty and provincialism from the sources of high culture, struggling to make his way into the literary world where he belongs. What allowed Bradbury to succeed where Jude failed was partly luck; for one thing, his bad eyesight spared him from the draft, allowing him to spend the World War II years practicing his craft.

Above all, it was sci-fi itself that functioned as Bradbury’s means of self-education. From the pulps and “weirds,” he found his way to middlebrow writers like Somerset Maugham — “a man of straight common sense,” in Bradbury’s admiring words, whose work taught him, “don’t listen to your friends, don’t be political, don’t be psychological, be yourself.” In fact, it was exactly their political and psychological themes that made Bradbury’s sci-fi stories appeal to readers like Christopher Isherwood, an early champion of his work. In The Martian Chronicles, Bradbury imagines the human settlement of Mars as a replay of European colonialism, complete with the extermination of the natives; Fahrenheit 451, with its vision of a future where all books are burned, was inspired by Arthur Koestler’s anti-Communist classic Darkness at Noon.

Still, Bradbury remained painfully sensitive to condescension from highbrows. At a party in New York in 1951, he was excited to meet some of Balanchine’s dancers, until “[s]omeone said, ‘You’re writing what? This Buck Rogers-Flash Gordon stuff. You’re a science fiction writer.’ Well, you know, it was embarrassing and I tried to keep my temper and be good-humored with them but they wouldn’t have that; they just kept moving in on me. It was this kind of snobbism you see that I’ve had to put up with a good part of my life.” It must be a sweet vindication for Bradbury, now in his ninety-first year, to see how completely sci-fi has conquered its doubters.

When May 22nd dawned, America had a good laugh at the expense of Harold Camping, the Colorado minister who convinced his followers that the world would end on the 21st. But as Richard Landes shows in Heaven on Earth (Oxford), this kind of apocalyptic fervor is always breaking out, and not just among religious believers. By studying the end-of-the-world rhetoric that accompanied the French and Russian revolutions and other historical events, Landes examines why human beings are so drawn to visions of the end.

Scientists overwhelmingly agree that human activity is making the earth hotter. Why, then, do so many people refuse to believe it? In The Inquisition of Climate Science (Columbia), James Lawrence Powell examines, and attacks, the politics and science behind the climate change denial movement.

Even among Roman emperors, Caligula stands out for his total depravity: incest, torture, murder, and appointing his favorite horse, Incitatus, to the Roman senate are just the highlights on his historical rap sheet. Aloys Winterling tries to set the record straight in his revisionist biography Caligula (California), arguing that the man was not as bad as the myth.