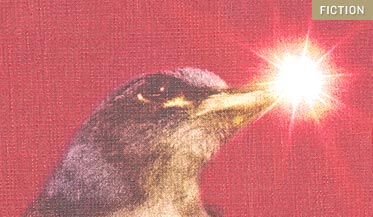 In the spring of 1989, China was roiled by mass protests that flared up sporadically inside its borders. Although these showings of dissent swept up participants from all corners of society, the brunt of international attention lay on the student protesters who hunkered down in Tiananmen Square, a plaza in Beijing — the largest of its kind in the world — that adjoins the Forbidden City. Never since the founding of the People’s Republic of China in 1949 had so many citizens felt emboldened to air their grievances publicly. A heterodox fraternity of students, professionals, laborers, and even a smattering of the police and military agitated for varying concerns such as an end to profiteering and government corruption, greater freedom of expression, and, more vaguely, the speeding up of democratic reforms. During the heyday of these civic convulsions — before the government implemented its large-scale crackdown — demonstrators were heartened by reports that important segments of the country’s ruling elite sympathized with their demands.

Ma Jian’s Beijing Coma (his third novel to be translated into English), offers an ambitious retelling of the Tiananmen Square protests. The book also looks back to the abject days of the Cultural Revolution and forward to China’s jockeying to host the 2008 Olympics.

What is most striking about Ma’s wide-angle approach (besides his understanding of the sociopolitical context that fuelled the protests) is his grasp of crowd dynamics and political waffling. It’s his understanding of these two elements that gives the book its aura of eyewitness immediacy. These attributes substantiate for the reader how popular movements are susceptible to rumors, infighting, and an array of intrigues; and also how such happenings can uncover latent qualities in their participants — whether good or bad — that an overarching summary is prone to omit. On a more literary level, the novel is enhanced by asides that give it an aesthetic foundation and keep it from reading as a straight-shooting protest novel.

One encounters throughout the book many fine-grain observations like this one by the novel’s narrator, Dai Wei, on different students’ walking habits: “Students from the countryside, still not accustomed to wearing heavy shoes, took steps that were too large. Students from mountainous regions walked with their knees bent and chests tilted forward, as though climbing a steep slope.”

Readers of Faulkner may detect an echo in Beijing Coma‘s opening sentence (“Through the gaping hole where the covered balcony used to be, you see the bulldozed locus tree slowly begin to rise again”) with that which begins The Sound and the Fury (“Through the fence, between the curling flower spaces, I could see them hitting”). As with the mentally disabled character, Benjy, whose consciousness Faulkner takes us inside, the internal monologue that commences Beijing Coma is articulated by one who is profoundly cut off from the world. Unlike Benjy, however, who was born to his condition, Dai Wei was reduced to a mute, vegetative state by a bullet wound to the head, sustained on the night of the government’s seizing of Tiananmen Square and its environs. Utterly dependent on his mother — a former chorus singer for the National Opera Company — Dai Wei chronicles their lives internally, interpreting the present and reconstructing the past. As is the case with so much of Faulkner’s work, it is the past that threatens to engulf the present.

The most wrenching sections of the book, by a fair margin, are those that recall episodes from China’s Cultural Revolution. The abiding trait of that era was the suppression of anyone labeled “counterrevolutionary.” Because Dai Wei’s father — a onetime principal violinist for the National Opera Company — was fingered as a “rightist,” he was imprisoned in various labor camps for 22 years. The deprivations that he and his companions endured are an affront to the mind. Here is one of the milder incidents that Dai Wei comes across in his father’s journal:

There where some dried shreds of sweet potato and pumpkin pulp lying outside the pigpen today. As soon as we spotted them, we pounced on them and stuffed as much as we could into our mouths. The guard on duty was a young man. Nicer than most. At least he didn’t beat us. He just sneered and said, “That’s disgusting! And you call yourselves intellectuals!…”

If there is an albatross to Beijing Coma‘s narrative equilibrium, it is that the descriptions of the brutalities of the Cultural Revolution, which occur early on in this almost 600-page novel, are so unsettling they almost upend the rest of the book’s momentum. Yet while the prolapsed descriptions of the activities that take place in the Square, at times, lack the dramatic force of the stories about China’s political purges, the same is not true with respect to the depiction of Dai Wei’s mother, Chen Huizhen’s plight to care for her son.

Chen Huizhen’s journey from being an apologist for the Communist regime to becoming openly critical of her government makes for riveting reading. Because of her husband’s condemnation as a “rightist,” Chen Huizhen was compelled to give birth to Dai Wei in a hospital corridor without medical assistance. Nonetheless, she holds faith with the ruling party’s ideology throughout her husband’s ordeal while enduring diminished career prospects. In fact, she goes so far as to visit “the university’s Party committee office” near the start of the protests to let it be known that she does not support the actions of her son “and that she would support any action the government chose to take.”

Gradually, this patriotic fervor is drained away. In part this is due to the burdens of having to negotiate back-channel medical treatments for her son, whom most doctors fear to treat, and to continual harassment by the local police who are tasked with making sure that victims of the Tiananmen Square crackdowns — and their families — refrain from describing their ordeals in public. (The erasure of the protests from public memory continues today. In a clear illustration of how the events of 1989 still haunt the country, in March the Associated Press reported that China will bar live telecasting from Tiananmen Square during the Olympics. Troubled by the recent controversy surrounding Tibet, officials are worried that a new round of protests may stimulate unwanted attention.)

To counterbalance the pressures of having to fend for her son, Chen Huizhen takes up Falun Gong. This leads to her undoing. Soon after the government decrees that practitioners of Falun Gong should be treated as social pariahs, she is arrested and made to inform on her peers. Dai Wei’s descriptions of his body’s deterioration during his mother’s incarceration and his account of his mother’s frayed sanity following her release are heartrending:

My mother doesn’t bother to speak to me. She’s come to the conclusion that I’m incapable of reacting to outside stimuli. I’m not sure if I’m able to react to internal stimuli any more either. My body chemistry no longer seems to respond to my emotional moods. If plants were capable of having thoughts, I wonder if they’d be able to sense the sadness of their roots and branches.

Though Beijing Coma is a serious novel about the travails of living in a totalitarian society, it is not unrelentingly dour. Ma deposits many gems of love, compassion, and goodness into his work, making the resilience of his characters all the more visible. (For example, though Chen Huizhen smarts beneath the ostracism of her neighbors, she is visited by Dai Wei’s classmates even though an improvement in condition seems unlikely.) This humane work — by a novelist whose future appearance on a Nobel Prize shortlist would be unsurprising — merits the interest of any who are interested in the liberation of the captive mind.