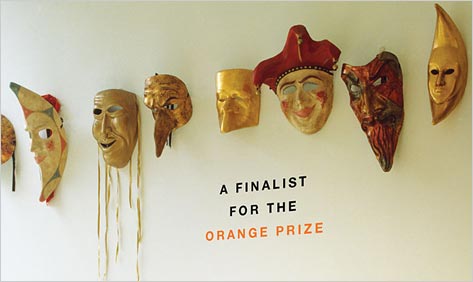 A bookappeared unbidden on my doorstep, some horrid life advice for middle-agedwomen. “Why do I hate my best friend?” the cover cries, in ahysterical typeface. The book I’m looking for is the opposite of that.

Maybe if I took one of the many wonderful books about sisters andjust altered it a bit. Maybe pasted in “friend” for every instance of”sister,” cut out any childhood stuff, and started it with arevelatory scene in the women’s twenties, when they meet at just the rightmoment. I always thought Sense and Sensibility could usea little modification.

We look for ourselves in fiction sometimes, in the same way we arefascinated by our genetic forebears. We search for the source of our quirkynose in crumbly photographs. We wonder if our tendency to throw things againstthe wall can be explained by long ago Viking blood. And sometimes we want torecognize something of ourselves in the books we read—our loves, our work, theway we sally forth into the world—to tell us we are part of what came before.Because I have found my one true love—she just happens to be a woman. And weare not “into that.” Since then I have noticed that in the books Iread, female friends are the underminers, or the sidekicks, or secretly in lovewith you, or two-dimensional foils, or sleeping with your husband (or yourfather). They are secondary storylines, there to wipe away heartbroken tears,provide comic relief, meet for occasional happy hour cocktails that are pinkbecause that stands for girl power. I do not see myself and Honeybee in thosebooks.

“Dearest Honeybee: Why is it there are so few books aboutfemale friendships? That don’t include nursing someone through an illness, orare really about how one friend secretly hates the other and is out to killthem?”

It is true. In the young adult literature I grew up on it is BestFriends Forever, it is Nothing Shall Ever Come Between Us. A force strongerthan nuclear fission seems to be needed to separate those girls. Then thatforce shows up, in the form of the XY chromosome. Suddenly those girls are notheld together by mysterious forces; the bonds between them dissolve and arere-formed between boy and girl. And so it goes for the rest of our lives.

There is a newgenre of books about friendship, the memoir of the dead lady friend. But it’salways easier to love the dead than the living. The living you forget to call.The dead you ache to. The tone did not feel right, so I moved on.

I turned to the books of Helen Garner. She seemed like an obviouschoice, as she is an expert on the dark side of female interpersonal relations.I love the way her books decode the enigma of inter-woman warfare. It’s Russianspy shit, the way one woman can slip another a poisoned barb, like apolonium-210 laced sugar cube in her tea, while no one else at the tablenotices. In Monkey Grip, herbook about 1970s experiments in communal living and loving, it’s the woman whosees something that doesn’t belong to her but instantly thinks mine. Theonly reason she wants it is the joy of taking from another woman. “Lillian,blight of my life… She had it, the knack of engulfing, of making sharingimpossible.”

In The First Stone, it’sthe way women can shut other women out. Suddenly you’re shouting from the otherside of the Pale, trying to convince the others you’re not with the unwashedhordes, please let me in. Women are amazingly adept at shaming—from the time inthe 6th grade they discover the power of labeling another girl “slut,”to the grownup frisson of calling a fully paid member of the sisterhood a “badfeminist.” Lay out your virginal or feminist credentials all you want, you’llnever scale that wall.

Competition is supposed to be women’s natural state. Not healthy,world dominating, raw, let me shoot this moose with my bow and arrow men’scompetition, but whispery, razor blade up the sleeve competition. That is,until we need another woman. Like when you have Stage 4 cancer. In Garner’s TheSpare Room, Nicolaneeds caretaking through her cancer treatment. And while there are a millionbooks about returning to the family fold in times like these, some of us aremore changeling than sibling. Some of us have family trees that could bemistaken for stumps. So Nicola ends up with Helen, and Helen bears her weight.

I really wanted a book where everyone lived until the end. I wentto chick lit because no one dies in chick lit. But I found that in chick lit,women friends have been replaced by men, either gay sidekicks or shlubbystraight friends who will inevitably show up with new haircuts or new women ontheir arms, and our protagonist will suddenly see him in a Whole New Light. Ilooked through the classics, like The Woman in White and TheBostonians. Theintensity was right, but the possessiveness, the insularity (not to mention theobvious lesbian overtones) were not.

Finally I found Deirdre Madden’s Molly Fox’s Birthday. It iswrong to read a book with an agenda. It makes you turn situations into messagesfrom which information about our culture can be extrapolated. Sometimes theyare just stories. Sometimes there are messages, but if you’re adamantlysticking to the wrong decoder ring, you’ll never find them. I read Molly Foxnaively the first time, the second time armed. I wanted to know if Molly Foxwas the narrator’s Honeybee. My decoder ring accidentally worked.

The first time it was a wonderfully told story about a womanreflecting on her lifelong friendship with the actress Molly Fox, about how wecan know another person for ages and still leave depths uncharted. In otherwords, it matched its pre-publication review synopsis. I fell for the way itrejects the traditional storyline of making a goal out of a person: our truelove, a child, a friend. There is no whiz bang, now-my-life-is-complete feelingin this relationship. It has the natural progression of a friendship formedover decades, and it’s difficult to pin down the moment the other personbecomes indispensable.

The second pass, though, I was post-chick-lit, so I was moreattuned to the male heterosexual friend Andrew. “I was closer to Andrew”than to Molly, the narrator tells us, but he is straight. They are both singleat the beginning of the book, and so one has to see the other in a New Light,it is basic storytelling mathematics. But this time, in this book, the light isnot followed by swelling music and a feverish embrace.

It’s easy tofeel closer to men sometimes. We generally try to keep our prettiest angle intheir eye line, retaining the crazier parts of ourselves for other women. Thereis less shame clogging up the emotional pathways. Maybe she did feel closer toAndrew, but the person in the title, the person her memories hinge on, the onebrought into her family, the person she feels real pangs of jealousy over isMolly Fox. The person who calls, who comes back, who spares the narrator a boutof sobbing on the floor when the New Light proves to be unflattering: MollyFox. Molly Fox is her Honeybee. She just hasn’t noticed yet.

After reading a review of a new memoir devoted by its author to adead friend, I e-mailed Honeybee. “As my literary executor, it is your jobto prevent any of my lady writer friends from publishing a memoir about meafter my tragic, untimely demise. You can write it yourself, but only if youomit all the crying I did over [Name Redacted]. It was not dignified.” Sheresponded, “Dilly: No worries. I will kill anyone else who tries to writesuch a book. And you are going to live forever, so long in fact that you maybecome ‘handsome.'” I at least have to live long enough to fulfill my latenight, drunken promise to buy her a house on an island somewhere, a place wherewe can grow old and fat together and begin cocktail hour at 11am. The men canputter in the garden. We’ll be in turbans, drinks in our hands, shrieking withlaughter. Too drunk and happy to ever think of writing a book about it.