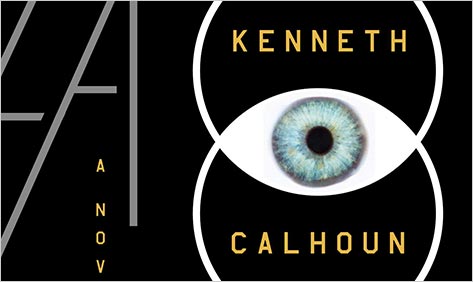 The science of sleep is such a relatively new and evolving field that, so far as I can determine, it has as yet no unique name. Geology, physics, chemistry, and…somnography? Somnomics?  A nonsense word. Hypnology is sometimes offered but is more likely to be applied to the study of hypnotism. According to Wikipedia, sleep medicine is “a medical specialty or subspecialty devoted to the diagnosis and therapy of sleep disturbances and disorders,” a remit that avoids any focus on non-pathological sleep. Oneirology is a lovely and poetic label, but it refers to the scientific study of dreams, omitting all the other myriad functions of sleep. No, even a recent, wide-ranging book like David Randall’s Dreamland can offer nothing more precise as its subtitle than “Adventures in the Strange Science of Sleep.”

Untroubled by imprecision or lack of nomenclature, fantasy literature has long utilized the realm of Morpheus as a fertile playground. Alice’s adventures in Wonderland seemed to take place while she dozed. Little Nemo found a coherent landscape and population in Slumberland, as did H. P. Lovecraft’s hero Randolph Carter, in The Dream-Quest of Unknown Kadath. But to be true to its modus operandi, science fiction needs more guidance and structure, and can follow only where science leads — or at least points. So it’s not surprising that SF has consequently offered up very few speculations regarding a discipline so nascent.

One of the first forays into speculating on the mysteries of sleep occurred in the early work of J. G. Ballard — not so astonishing, given his interest in surrealism and “inner space.” His story from 1957, “Manhole 69,” remains a potent and disturbing piece to this day. A study intended to see if humans can do entirely without sleep results in a psychosis that seems to bleed over into consensus reality. The findings of the investigators? “Continual consciousness is more than the brain can stand.”

In that same year came Philip K. Dick’s Eye in the Sky, which finds its several protagonists, if not exactly asleep, knocked unconscious and thrust into the alternating “subjective realities” hosted by their actively dreaming brains.

Nineteen sixty-five brought us R. A. Lafferty’s startlingly prescient and hearteningly absurd “Slow Tuesday Night,” a spot-on prefiguration of a sleepless world that remains active 24/7. In the next year came Roger Zelazny’s The Dream Master, which had machine-mediated psychiatrists plunging into the mindscapes of their unconscious patients. (A template the film Inception was to shamelessly borrow four decades later.)  Dick continued to offer dreamlike alternate realities throughout his prime during this decade, culminating in 1969’s creepy and masterful Ubik. Two years later, Ursula K. Le Guin would contribute an explicit homage to PKD with her novel The Lathe of Heaven, whose protagonist has the power to change reality in his sleep.

Perhaps played out or unfueled by any new scientific discoveries, the theme seems to have estivated within SF for the next couple of decades. But certainly the topic of sleep and its uses stands ready for fresh treatments. Intrigued by a spate of news articles on the use and abuse of eugeroic drugs such as Modafinil, I wrote a short story in 2006 titled “Shuteye for the Timebroker,” about a future where drug-induced sleeplessness was the rule. That year also saw Michel Gondry’s film on dream life interpenetrating reality, The Science of Sleep. And bordering on this theme is the perennial  riff involving the chilly dreams of corpsicles, most recently seen in Will McIntosh’s Love Minus Eighty.

And now comes Kenneth Calhoun’s striking and accomplished debut novel, Black Moon, which investigates a plague of insomnia (an idea also explored by Karen Russell’s  new novella, Sleep Donation, recently excerpted here). Reminding one in tone and effect of Ben Marcus’s The Flame Alphabet — where language was the stolen and corrupted human essential, taken for granted before it was lost — Calhoun’s book also cleverly evokes the current spate of zombie fiction, as well as a few frissons from those classic “cozy catastrophes” that began with The Day of the Triffids.

Calhoun opens briskly and shockingly with the plague already rampant and civilization well-nigh gone, all due “merely” to a week or so of global sleeplessness. Our first viewpoint character is one Matt Biggs, a youngish writer married to a video artist named Carolyn. We find Biggs scrounging in a shambolic urban hellscape for any placebo to offer his wife. Biggs is one of the very few who can still sleep and function normally, while Carolyn is one of the myriad sleepless. He returns home, and we get a deft portrait of the typical sufferer, driven mad by sleep deprivation and physically traumatized as well.

Two manifestations of the hallucinatory state are a disconnect with sensory impressions and also a derangement of language. Carolyn hails her husband with “Where did you what? You don’t go for so long all around and around if you’re who you said you are.” But even more dangerous and disturbing is the instinctive and unreasoning rage that the insomniacs feel when they encounter anyone sleeping. With insane jealousy and revulsion they attack to kill the lucky ones. Here we have a vibrant echo of Jack Finney’s classic The Body Snatchers, where sleep also rendered the innocent vulnerable to the new predators.

Leaving Biggs and Carolyn with Chapter 2, we drop back in time a short interval and focus on Chase and Jordan, two buddies not long out of high school. Having left college and broken up with his girlfriend, Felicia, Chase is drifting aimlessly. Jordan, however, is focused on the yet-to-crest plague he intuits from news reports. He has a plan to stock up on sleeping pills — the new currency, in his estimation — and then to hunker down in some safe rural refuge. Half disbelieving in the seriousness of it all, Chase nonetheless signs on.

Chapter 3 introduces us to the Ferrells, a family where daughter Lila remains unafflicted while her parents degenerate. Retaining some small semblance of rationality, the parents arrange for Lila to be sent away to a hypothetical refuge. But en route her transportation goes awry, and she is cast into a survivalist odyssey among the zombie-like afflicted.

In regular alternation, Calhoun advances the fates of his three or four main figures (and a few ancillary ones) with much suspense and many unpredictable twists. Despite a pervasive and entirely realistic sense of fatalism and doom, Calhoun conveys a certain optimism as well, with a few rays of hope and light amid the carnage.

Calhoun’s approach is resolutely and rigorously science-fictional. Although he never pinpoints the cause of the plague — he offers a metaphorical litany of possible causes, from the plausible to the metaphysical — Black Moon follows developments from the mysterious origin onward with a grim and implacable logic. As with all cozy catastrophes, where a basically intact infrastructure serves as a great playset, vivid scenes of rummaging in the ruins fulfill the reader’s secret dreams of being king of a depopulated planet, however miserable. Resonances with another classic of the subgenre, M. P. Shiel’s The Purple Cloud, whose lone survivor embarked on an orgy of nihilistic destruction, also come into play.

As the narrative unfolds, we also realize that besides limning a gruesome global apocalypse, Calhoun is also narrating several love stories. Foremost is the tortured relationship between Biggs and Carolyn, centering around the ache of their childlessness. Then comes the more superficial college romance between Chase and Felicia, which actually reveals unforeseen depths as Felicia seeks out Chase amid the carnage. Finally, there’s the parental love of the Ferrells for Lila, as Calhoun shows the limits of what any parent can do for their child, and the sad fate of the orphan.

All of this is conducted in a prose that is emotionally hotter than the surgical and clinical language Ballard perfected, but which nevertheless hews to that same merciless spotlight radiance. At times — such as when one of the sleepless zombies is attacking the cage-like refuge where Biggs has been resting — Calhoun opts for a Stephen King‑like melodrama. But then he returns to the can’t-look-must-look flat descriptiveness that was so effective in Ballard’s disaster novels.

If there is any rigid subtext to Black Moon,I’d suspect it has to do with Alzheimer’s disease, and the way certain forecasts have made it out to be an inevitable widespread plague in our future. Consider whether Lila’s pitiless teenager’s description of the behavior of the sleepless does not resemble that of the typical Alzheimer’s sufferer.

Sleepless people get lost and they just walk into any house thinking it’s their house. Then they start looking for stuff they remember having and they end up tearing the whole house up, looking for it, throwing all the things they don’t recognize out the windows and doors. Then they look through that stuff again when they come outside and it gets even more messed up. They’re so clueless it’s unbelievable.

Ultimately, as Biggs finds a life-affirming role for himself among the few artificially stabilized survivors, providing verbally the sanity-preserving natural dreams they can no longer manufacture for themselves, Calhoun’s parable about humanity distanced from the psychic sources of its own daily regeneration acquires another level of meaning. Civilization cannot exist without its dreamers. Luckily for us, we continue to have ones like Kenneth Calhoun doing the job so ably.