By ANDERS ROSLUND and BÖRGE HELLSTRÖM 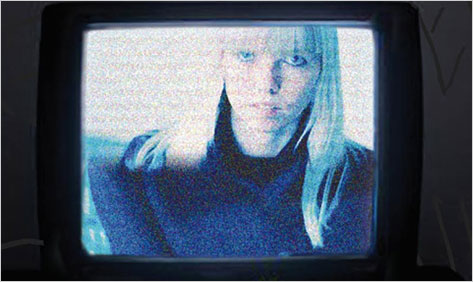 Rational, tolerant, peace-loving Swedes, providers of so many of the good things in life — pickled herring, knäckebröd, akvavit, IKEA, too, if your tastes run that way — have been especially generous of late in furnishing us with a cornucopia of torture, sadistic perversion, and cold-blooded murder.  No sooner did this particular reader unglue her eyes from the killings and human trafficking in The Girl Who Played with Fire, the second volume of the late Stieg Larsson’s Millennium Trilogy, than Anders Roslund and Börge Hellström’s Box 21 showed up at the door.  This too treats of human trafficking and murder, as well as a number of other evil deeds and dark crimes.  All I can say, and I do so with gladness, is that Calvinism and its damning vision of an unredeemed world appears to be vigorously recrudescent in Swedish crime novels.

Box 21 begins with an extract from a hospital admissions report detailing the condition of a badly beaten, unconscious young woman.  This, we discover, is Lydia Grajaukas, who had been kept a virtual slave for over three years with another young woman, Alena Sljusareva.  In an increasingly familiar story, the two were lured from economic nowheresville in Lithuania by promises of good jobs in Sweden, only to find themselves forced into prostitution, in this case by a nasty piece of work called Dmitri.  This shiny-suited specimen of foulness demands that, every day, each woman service a dozen men who, as often as not, inflict pain and humiliation upon them.  That there are so many Swedish men — apparently decent citizens with families and upstanding careers — whose appetites run to violating women and who are willing to pay a good deal to do so in secret, is a terrible fact.  It lurks in this novel and informs the story’s shocking denouement.

But before we get anywhere near that, a long roster of characters is put into play, many of whom provide the points of view from which the novel unfolds.  Chief among them is Ewert Grens, a senior detective in the Stockholm police.  At 56 years old, Ewert is, not to mince words,  a misery guts — lonely, morose, disillusioned, built on the same out-of-shape lines as Inspector Kurt Wallander, Henning Mankell’s decrepit, tormented top cop.  The big, bad thing in Ewert’s life happened 25 years ago when his fiancée, true love, and soul mate, Anni, a fellow police officer, was pulled from a car by an extreme thug called Jochum Lang.  She was dragged under its wheels, suffering injuries that have left her brain-damaged.  Jochum, on the other hand, escaped with a short prison sentence, and is now mixed up with a Yugoslavian criminal gang.  It is Ewert’s chief goal and obsession to nail him for a crime serious enough to put him in prison for life.

The person who hears about this dream of revenge most frequently is Bengt Nordwell, another policemen and Ewert’s only real friend.  Bengt feels bad about the whole thing: he was sitting next to Anni in that fatal car but failed to hang on to her when she was being pulled out.  Still, though himself in his 50s, Bengt hasn’t taken the sad-sack route in life.  He is now happily married to a much younger woman, Lena, with whom he has two children.

The throw-Jochum-in-the-slammer-for-life plot merges with the one with Lydia at its center in the hospital to which she is sent.  A drug addict, a sordid creature called Hilding Oldéus, has landed there after an overdose.  He had been in prison with Jochum, and Ewert has hopes of extracting some useful dirt on his archenemy from him. But, alas, Hilding is on the outs with the Yugoslavian mob, something even more detrimental to health than an overdose.  I don’t wish to give too much away, but I have to mention that while unfortunate things are befalling Hilding — and while a hardworking doctor called Lisa Öhrströn is being intimidated by a bad actor called Slobodan into keeping her trap shut — Lydia is being helped by her friend and former fellow captive, Alena, to mount an ingenious plan to wreak vengeance on the person who, with the loathsome Dmitri, was responsible for their tragedy.  It is at about this point in the book that I became unable to put it down, except for a few screeching halts to piece together the accumulating evidence gained from the novel’s many points of view.  But, then — after my heart had reached maximum pounding, after Lydia’s elaborate plan had been effected and the identity of a real baddie had been confirmed and vengeance wrought — then the novel rises to another pitch, to a higher level of complication.

Betrayal, duty, and compassion struggle for dominance in the bosoms of two of Sweden’s finest.  Some inspired sleuthing reveals the secret of Box 21, and a flashback finale provides one further appalling revelation.

It is only after reaching the final page of this intoxicating thriller that I began to quibble with the authors’ maneuvers.  I mind only slightly — and while reading, didn’t mind at all — that some of the expedients employed by the two Lithuanian women to further their ends are pretty far-fetched, to say nothing of depending on more goodwill on the part of “clients” than one might expect from men who indulge their appetites with enslaved prostitutes.

But I was truly annoyed by another device.  The story proceeds from about a dozen points of view, two of which are those of people about whom we eventually learn very bad things.  But the authors have hidden the deep-dyed evilness of this pair by filtering out such incriminating thoughts as they must surely have had as they contemplated — as they do — the upshot of their deeds.  That is a serious reservation, and yet I have to say, it has been a long time since I galloped through a crime novel with such gusto.  If a couple of the players turned out to be ringers, well, it was still worth the ride.