By YU HUA, Translated by EILEEN CHENG-YIN AND CARLOS ROJAS 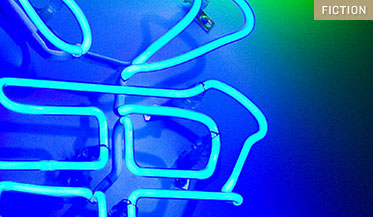 It’s gigantic, it’s translated from the Chinese, and it might be the best book you’ll read this year.

Yu Hua’s epic novel, about two brothers awash in the roiling tide of modern Chinese history, sold more than a million copies in China when it was first published, in two hefty volumes, in 2005 and 2006. Some critics there hated the book, accusing Yu — an influential Beijing writer in his mid-40s — of producing little more than a vulgar soap opera. Others praised the novel for capturing both the absurdity and the brutality of Chinese society as it lurched from the havoc of revolution to the lunacy of hypercapitalism.

How will the book fare with American readers? I can say this with confidence: Even if you speak no Chinese and have at best a hazy impression of events in China during the last 40 years, there is nothing remotely inaccessible about this rich, funny, lewd, violent, beautiful, intensely moving work. It’s both a tragedy with a smirk and a comedy with a shock buzzer; either way, thanks to the narrative’s zing and the brilliance of its translation, its allure is universal.

The action takes place in Liu Town, a rural outpost on the country’s southeastern side, a few hours’ bus ride from Shanghai. Here the brothers of the book’s title grow up: impish Li Guang — nicknamed Baldy Li because his penny-pinching mother always told the barber to shave his head — and quieter, bookish Song Gang. (In truth, the boys are stepbrothers: Song Gang’s father married Baldy Li’s mother after Baldy’s birth father met a grotesquely comic death.) When the boys are still quite small, Mao’s Cultural Revolution sweeps viciously through the village. Song Gang’s father, a gentle middle school teacher, is imprisoned, tortured, and eventually beaten to death. As his tall, once-dignified body is mutilated to fit into its cheap coffin, the streets of Liu Town run red with the revolution’s nonsensical chaos. Its citizens, “who all wore the same red armbands and waved the same red flags, were beating one another up with fists, flagpoles, and wooden bats, tearing at one another like wild beasts.”

At the end of the book’s first section, the boys’ mother dies also, but not before exhorting the brothers — now 15 and 16 — to look after each other. After the revolution concludes and Deng Xiaoping’s Opening Up Campaign begins, the brothers take factory jobs and fall in love with the same local beauty, a girl named Lin Hong.

What I’ve left out of the plot summary thus far is, quite simply, much of the novel’s juice. There’s no avoiding the fact that Brothers is brimming with bodily fluids and withholds no details about their distribution. In fact, the novel begins in the toilet and never ventures far from there. It is in the public latrine that Baldy Li is caught spying on Lin Hong’s nether regions, a transgression that will determine much of his future. He’s also, from the tender age of seven, a more than normally exuberant devotee of masturbation, cozying up to the town’s electrical poles and benches with impressive dedication.

What’s distinctive about Baldy Li’s youthful high jinks is that they all take place, as does every character’s every action here, in the middle of a crowd. Privacy does not exist in this world, where a man expresses his love for his wife by washing her hair in the front yard, as onlookers gather; where class enemies wearing dunce hats are shouted at and ridiculed by their neighbors on the street; where the dead are paraded in open carts to their final rest; where all emotions — shame, fear, joy, grief — have a public face.

To further highlight the qualities of so relentlessly collective a way of life, Yu provides a circle of tradesmen who stand guard throughout the long narrative, each serving as a barometer of the momentous changes that buffet Liu Town. At first joining the revolutionary throngs in the streets and later signing on as profit-crazed investors when Baldy Li becomes an internationally successful businessman, this group of rude mechanicals includes Popsicle Wang, Blacksmith Tong, Tailor Zhang, Little Scissors Guan, and Tooth-Yanker Yu (perhaps a sly nod to the author himself, who spent five unhappy years practicing dentistry before he became a writer). In a broader way, these buffoonish figures mimic the transformations of Baldy Li and Song Gang as they adapt to the frantic market economy that overtakes the village during the brothers’ adult years.

Both siblings are haunted by that promise to look after each other as circumstances fling them farther and farther apart. One marries the beautiful Lin Hong, while the other’s lovelorn heart is broken. Baldy Li turns a scrap business into a phenomenally lucrative corporate empire, while Song Gang ruins his health in a series of backbreaking jobs and eventually leaves town to assist a traveling charlatan who’s hawking breast enlargement cream. In the book’s longest set piece, publicity-hungry Baldy Li decides to host a beauty contest for virgins. Of the thousands of women who turn up in now-garish Liu Town, not one proves to be a virgin, and a robust business in the sale of artificial hymens develops on the competition’s sidelines.

The novel’s translators, in an incisive preface, point out that a beauty pageant fever really did grip China around 2003, when Yu Hua was writing Brothers. The country hosted a large variety of competitions, including a National Contest of the Beauty of the Gray-Headed for participants over 55 and a Miss Artificial Beauty contest for plastic surgery recipients. Armed with this knowledge, a reader can begin to understand that the more grotesque elements in Yu’s novel are not so much surreal as hyperreal: if fake hymens aren’t for sale in China’s materialistic free-for-all, something very similar might be.

One of Yu’s biggest triumphs in Brothers is the fact that, although the circumstances in the book might be perfectly absurd, the characters are not. They manage to exhibit a Chaplinesque dignity in the most humiliating situations, and it’s there, in many small emotional scenes, that this coarse slapstick epic slips into refinement. In those moments — a shy mother takes her baby outside only after midnight, bathing him in moonlight while other children are sound asleep; a father, his house looted by revolutionary thugs, gives his children twigs to use as utensils, explaining that they are “the chopsticks of the ancients”; after years of estrangement, the poorest man in town asks the richest man for a job: “They had formerly been brothers and were still brothers now” — this rollicking tragedy reveals its tender heart.